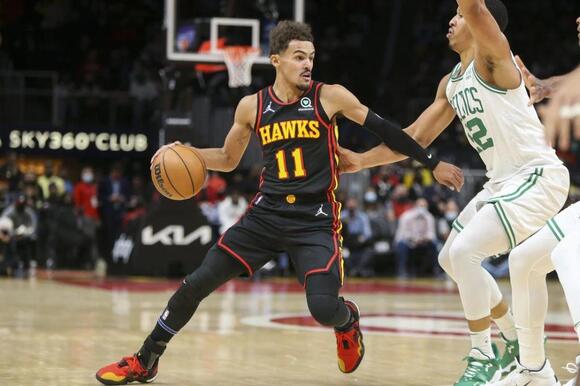 Kevin Huerter hit the first four shots he took and scored all of his 19 points in the first half to lead the Atlanta Hawks to a 110-99 win over the visiting Boston Celtics on Wednesday.

Huerter was listed as questionable after leaving Atlanta’s Monday game early due to hamstring tightness. However, he was in the starting lineup and helped the Hawks win their third consecutive game.

Atlanta’s John Collins had 20 points and 11 rebounds, and reserve Cam Reddish added 19 points. The Celtics double-teamed Trae Young most of the game, and that limited him to 18 points on 4-of-12 shooting, but he contributed 11 assists.

Atlanta improved to 6-1 at home and has won 13 straight home games against Eastern Conference opponents, tied for the second-longest streak in franchise history and the longest such active streak in the NBA.

The game was tight until the Hawks went 14-3 run late in the second quarter. Atlanta expanded the lead to 56-44 when Collins received a pass from Young and scored on an easy layup with 52.3 seconds left in the period. 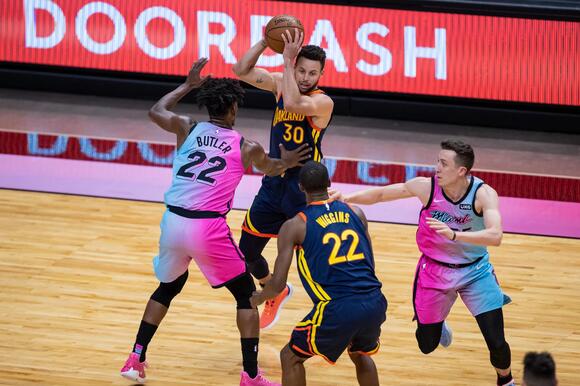 Boston cut the deficit to 70-66 on a basket by Tatum, only to have Bogdan Bogdanovic drop in consecutive 3-pointers to give Atlanta its 10-point lead back with 4:31 to go in the third quarter. Atlanta built the margin to 14 points and led 91-77 to start the final quarter.

The Celtics played without Robert Williams III, who was sidelined due to left knee soreness, and Jaylen Brown, who missed his fifth straight game because of a right hamstring strain. Boston has alternated wins and losses over the past four games.

Cam Reddish trade 'set the Hawks up' for Ben Simmons deal, but do 76ers have interest in John Collins?

Heavy.com NBA Columnist Sean Deveney admits he does think that Ben Simmons lands in Atlanta, but isn’t sure John Collins is the guy that Philly wants in return.
NBA・2 DAYS AGO
FanSided

If you’re wondering what it would take for the Atlanta Hawks to part with John Collins, the answer is apparently Jaylen Brown. In answering a question in his Celtics Mailbag, Brian Robb revealed that he thinks the Celtics star would have to be included in any hypothetical Collins swap.
NBA・18 HOURS AGO
FastBreak on FanNation

The New York Knicks acquired Cam Reddish in a trade with the Atlanta Hawks, and head coach Tom Thibodeau spoke about their new addition.
NBA・2 DAYS AGO
USA TODAY

NBA's MVP race heats up: Our experts' picks for all the first-half NBA award winners

Who deserves the NBA's top awards midway through the regular season? And who is the most surprising and most disappointing team of the first half?
NBA・2 DAYS AGO

Joel Embiid ignited the onslaught with two routine free throws. Tyrese Maxey pushed his team ahead with a three-pointer from the left wing. Matisse Thybulle and Josh Richardson provided the spice by jawing after Richardson whacked the 76ers’ wing streaking toward the bucket. And Maxey capped the surge with a reverse layup.
NBA・2 DAYS AGO
All Hawks

WATCH: Is there a market to trade for veteran Boston Celtics guard Dennis Schroder?

There have been lots of rumbles around the NBA media sphere that veteran Boston Celtics reserve point guard Dennis Schroder might be among the most likely players in the league to be traded ahead of the 2022 trade deadline, but at least for now, the German floor general remains in green and white.
NBA・1 DAY AGO
NBC Sports

3 observations after Sixers ride early blitz to win over Celtics

The Sixers seized control early and cruised to victory Friday night at Wells Fargo Center, earning a 111-99 win over the Celtics and improving to 24-17. Joel Embiid's streak of games with 30 or more points ended at eight, tied with Wilt Chamberlain and Allen Iverson for most in Sixers history. He recorded 25 points, 13 rebounds and six assists.
NBA・1 DAY AGO

Kemba Walker has been ruled out for Saturday's game between the New York Knicks and Atlanta Hawks.
NBA・2 DAYS AGO
All Hawks

The New York Knicks are facing off with the Atlanta Hawks in Georgia on Saturday night.
NBA・1 DAY AGO
Sportsnaut

Each coming off significant losses, the Chicago Bulls and Boston Celtics will attempt to get back in the win column
NBA・2 DAYS AGO

The Atlanta Hawks have now lost five straight games (and ten consecutive home games). Meanwhile, the New York Knicks have won three in a row and are starting to resemble the smashmouth team of last season. Whenever these two rivals play, there are plenty of highlights. It wasn't easy selecting the five best plays, but this is what we decided on.
NBA・13 HOURS AGO
Chicago Tribune

DeMar DeRozan seemed poised for another miracle with the final handful of seconds ticking off the clock in Boston on Saturday night. DeRozan already had scored 14 points in the fourth quarter to lead a short-handed Chicago Bulls team within punching distance of the Celtics. He already had dished a pass to Nikola Vučević for a wide-open 3-pointer to take the lead, then launched himself inside ...
NBA・1 DAY AGO
fadeawayworld.net

Trae Young and the Atlanta Hawks started this season by absolutely dominating Luka Doncic and his Dallas Mavericks in the first game. Things were looking great for the 2021 Eastern Conference finalists and it looked like they would have another successful season. However, things fizzled out and they went 3-5 in their next 8 games after the win.
NBA・13 HOURS AGO
Sportsnaut

The New York Knicks and Atlanta Hawks continue their spirited series on Saturday in Atlanta, with each team entering the
NBA・1 DAY AGO
Sportsnaut

Momentum building for Celtics as Pelicans come to town

WATCH: Are the Boston Celtics finally starting to learn how to close out games?

In the space of less than a week, the Boston Celtics managed to close out a pair of close games against the Indiana Pacers and Chicago Bulls that resemble games they have struggled to win in past weeks this season save for the final result, with the Celtics managing to secure the win with connected, engaged play to finish the games.
NBA・12 HOURS AGO
fadeawayworld.net

When it comes to basketball, Ben Simmons has been dealing with a surplus of issues, most of which are directly related to his messy breakup with the Philadelphia 76ers. After months of trade demands, the team has tried to make him return, and Simmons has sacrificed millions to ensure that doesn't happen.
CELEBRITIES・15 DAYS AGO
Yardbarker

Rachel Nichols officially out at ESPN

The Rachel Nichols era at ESPN is officially over. Andrew Marchand of The New York Post reported on Wednesday that Nichols has reached a settlement agreement with ESPN to terminate their relationship. She is now free to pursue other opportunities immediately. Nichols first worked for ESPN from 2004 to 2013,...
NFL・11 DAYS AGO