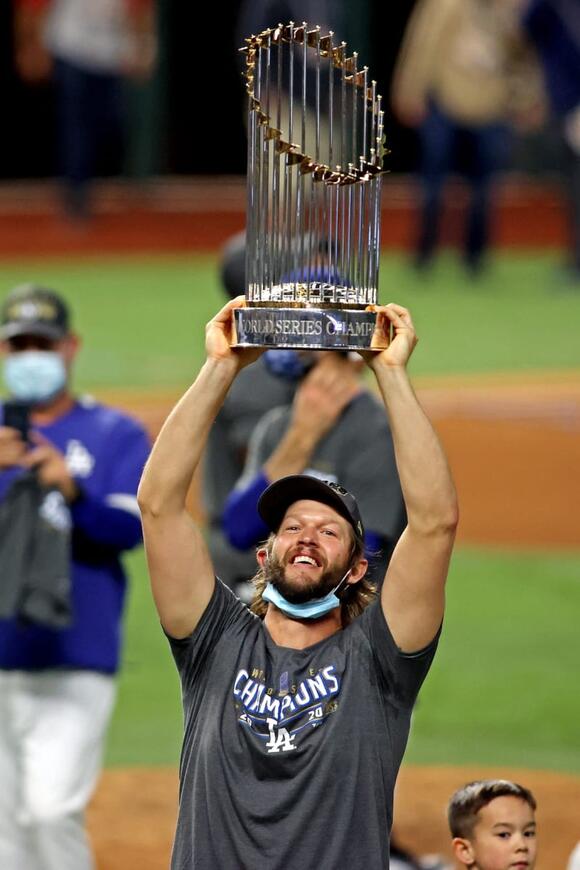 Hall of Fame manager Joe Torre only spent three years at the helm with the Dodgers. In his first season, he was able to manage the team to their first NL Championship Series in 20 years. But apparently, a young lefty named Clayton Kershaw wasn't his biggest fan.

Torre said in an interview this week that Kershaw was not pleased with him at first.

“He didn’t like me very much early on because I sent him to the minor leagues for one stint after he was up. He was angry at that.”

Kershaw made his major league debut on May 25, 2008, and it resulted in a 4-3 victory over the St.Louis Cardinals . In that start, he threw six innings and gave up only two runs while striking out seven batters. It turned out to be his only quality start in his first eight appearances with the team.

In mid-July, the Dodgers sent Kershaw back down to Double-A after he posted a disappointing 4.42 ERA but he was only there for a few weeks. The rest, as they say, is history.

Torre, who is now a Special Assistant to the Commissioner, added that several organizations attempted and failed to acquire the future ace.

“There were a lot of organizations that wanted to trade for Kershaw for significant players. The GM at the time, Ned Colletti, said ‘no,no,no’. Once I saw Kershaw and his stuff and basically his stature and just the way he would dare people…I could see why they wanted to hold him back.”

Unfortunately, however, he didn't reveal any names. For the time being, one may only speculate as to what players were offered to Colletti for a young Clayton Kershaw.

The Dodgers agreed to a minor league deal with the hard throwing Matusda.
MLB・2 DAYS AGO
kmmo.com

The Los Angeles Dodgers announced on Tuesday that they have promoted Brandon Gomes to general manager. The former vice president and assistant GM is the 12th general manager in franchise history. The 37-year-old Gomes has been in the Dodgers organization since 2017. Gomes is a former pitcher, playing five major-league seasons for the Tampa Bay Rays from 2011 to 2015, making 173 career relief appearances with a 4.20 ERA.
MLB・2 DAYS AGO
Inside The Dodgers

When it comes to the 2022 campaign, one of the most asked questions for Dodgers fans is what will become of starting pitcher Trevor Bauer. He's in his second year of a three-year, $102 million contract, but he was put on paid administrative leave last season after accusations of sexual assault ...
PASADENA, CA・23 DAYS AGO
Inside The Dodgers

The former Dodgers slugger was a fresh of breath air for the Atlanta Braves.
MLB・2 DAYS AGO

Yefry Ramirez has been re-signed to a minor league contract by the Dodgers, according to reports. The right-hander pitched in the Los Angeles organization in 2021, making 22 starts and three relief appearances with Triple-A Oklahoma City. The 28-year old also made one relief appearance for the ...
MLB・1 DAY AGO
dodgerblue.com

Clayton Kershaw overcame a setback to rejoin the Los Angeles Dodgers starting rotation for the final month of the 2021 season, but was unable to pitch in the postseason due to another bout with left forearm inflammation. The left-hander failed to get out of the second inning in his final...
MLB・18 HOURS AGO
Inside The Dodgers

That complicates things GREATLY.
MLB・16 HOURS AGO
Inside The Dodgers

As the MLB off-season progresses, the Dodgers are continuing to lose personnel from all over their organization. So far, the big league coaching staff has stayed intact, but several people from deeper within the organization have been lured away by other clubs. Recently, the Astros added to their ...
MLB・1 DAY AGO

The Dodgers have one of the longest and richest histories of getting players and turning them into big-league names. They've also shown an uncanny knack for being able to pluck guys from the international market and turn them into superstars. So when they announced their recent list of over 30 ...
MLB・13 HOURS AGO
CBS Boston

BOSTON (CBS) — Earlier this month, Dan Shaughnessy shared his Baseball Hall of Fame ballot — a ballot which included only Jeff Kent and notably did not include David Ortiz. While Shaughnessy’s obviously entitled to his opinion, so is Ortiz. And the Red Sox legend let his feelings be known on the writer’s decision to leave him off the ballot. “You know Dan Shaughnessy has been an a–hole to everybody, so what can I tell you?” Ortiz said on Merloni & Fauria on WEEI on Wednesday. “It’s not a surprise for me, it’s not a surprise for y’all. Now he didn’t vote for...
MLB・1 DAY AGO
WEEI Sports Radio

Nomar Garciaparra was one of several stars in attendance for the Los Angeles Rams’ playoff game Monday night, and he looks like he can still hit .300.
MLB・2 DAYS AGO
Audacy

Greg Maddux recalls the shocking twist that led him to sign with the Atlanta Braves over the New York Yankees during his free agency in 1992.
MLB・2 DAYS AGO

With All-Star Shortstop Carlos Correa in the midst of free agency, why would he change his representation?
MLB・18 HOURS AGO
Inside The Phillies

Ranger Suárez's success in 2021 doesn't appear to be an anomaly, so the Phillies must exploit that. If they want make the playoffs in 2022, the starting rotation will need to rely heavily on Suárez.
NFL・2 DAYS AGO
WFAN Sports Radio

The futures odds are out for the 2022 World Series, and while a lot can change as the MLB lockout rolls on and eventually gets resolved, the Yankees and Mets are both, as of now, among the favorites.
MLB・2 DAYS AGO
Audacy

Carlos Correa announced on Tuesday that he was switching agents to Scott Boras and on Wednesday it was reiterated that he was looking for a minimum $330 million contract.
MLB・1 DAY AGO
USA TODAY

The Boston Red Sox added to their pitching depth with the signing of former major league righthanded pitcher Taylor Cole to a minor-league deal with a invitation to big-league camp.
MLB・1 DAY AGO
WFAN Sports Radio

The Yankees and Mets each have three entries on Baseball America’s Top 100 list, which was released on Wednesday morning with Anthony Volpe cracking the top 10.
MLB・1 DAY AGO
WFAN Sports Radio

The Yankees landed three prospects in the Baseball America Top 100 on Wednesday, and also got three in Baseball Prospectus Top 101 released Thursday - but Jasson Dominguez, who was No. 87 in the BA rankings, was left out by BP.
MLB・14 HOURS AGO