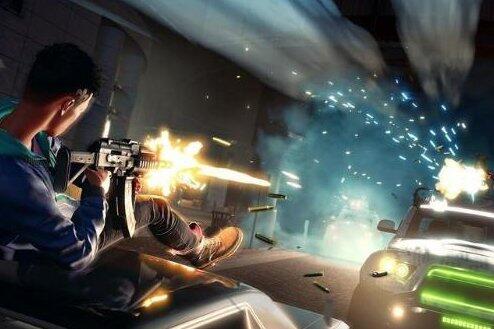 Nov. 17 (UPI) -- The upcoming reboot of video game series Saints Row has been delayed until Aug. 23, 2022, developer Volition has announced.

"Our priority is to create the best Saints Row game yet and, if we released on the original date, it wouldn't be up to the standards we've set ourselves, and that you're expecting and deserve," Volition head Jim Boone said on Twitter.

"The team just need more time to do our vision justice; we're doing some fine tuning and there won't be much change in the game outside of overall quality and polish. We're sorry we're delaying the game. We're confident this is the right decision to make sure the game is [expletive] awesome when it launches," he continued.

Saints Row is an open-world crime game where players will follow a new group of young friends who set out to build their own criminal empire inside the fictional southwestern city of Santo Ileso.

The Saints Row series was first launched in 2006. The first game spawned three sequels with the last game, Saints Row IV, coming in 2013.

Game Freak is coming strong into 2022 with a brand new Pokémon game due at the end of January. First announced in February of last year during a Nintendo Direct event, fans were treated to a brand-new trailer that promised the open-world gameplay of Legend of Zelda: Breath of the Wild along with classic monster-catching action the games are known for. In that trailer, viewers saw vast open fields populated with familiar Pokémon in a region that mimicked 19th-century Japan, suggesting that this game will be set earlier than previous titles as players are tasked with putting together the region’s...
VIDEO GAMES・1 DAY AGO
Newsweek

'Battlefield 2042' Update: Latest Patch Notes and When the New Scoreboard Is Coming

DICE is slowly addressing criticisms of "Battlefield 2042" with bug fixes and stability improvements. The next update will focus on enhancing the game's scoreboard.
VIDEO GAMES・1 DAY AGO
Newsweek

PlayStation Wrap-Up 2021: How To Access Your Annual Recap Feature for PS4 and PS5

The PlayStation Wrap-Up provides a breakdown of your gaming activity in 2021, with insights about how long you spent playing and what your favorite titles were.
VIDEO GAMES・7 HOURS AGO
Sportsnaut

With the buddy pass system, you can invite two of your friends to play "Rainbow Six Extraction" without them needing to own the game. Here's how it works.
VIDEO GAMES・1 DAY AGO
Sportsnaut

‘Call of Duty’ part of Activision sale to Microsoft

Microsoft is set to acquire Activision Blizzard — publisher of Call of Duty — for $68.7 billion in an all-cash
BUSINESS・2 DAYS AGO
Wyoming News

Spider-Man's archnemesis will soon be added to the "Fortnite" Item Shop. Here are all of the cosmetics in his bundle and how much they will cost.
VIDEO GAMES・1 HOUR AGO
The Independent

‘Rainbow Six Extraction’: Here’s the latest Game Pass and crossplay news, and how to play for free

Rainbow Six Siege has become one of the most popular tactical shooters in the competitive gaming space and it’s easy to see why. With its intense five-versus-five firefights and elaborate maps, Ubisoft Montreal’s 2015 release found new life in the e-sports realm and became something of a sleeper hit.That’s why when Rainbow Six Extraction was announced in June 2019 with the working title “Quarantine” (it’s not hard to guess why they might have changed that), it was seen as a step in a different direction. Rather than focus on the competitive aspects of Siege, Rainbow Six Extraction is a co-operative...
VIDEO GAMES・1 DAY AGO
Newsweek

From 'Guitar Hero' to 'Spyro', Here Are the Old Activision Franchises That Xbox Can Revive

Xbox CEO Phil Spencer has may revive some old Activision Blizzard games after the Microsoft acquisition. Here are some titles that could be returning.
VIDEO GAMES・5 HOURS AGO
Business Insider

Electronic Arts COO Laura Miele on Gaming’s Big Moment: ‘We Have Significant Runway Ahead of Us’

Laura Miele knows that video gaming is having a big moment. The industry veteran, who was named chief operating officer of gaming giant Electronic Arts in September, also knows that well-heeled competitors are ready to barrel into the sector that is becoming ever-more intertwined with Hollywood’s core businesses. On the latest episode of Variety podcast “Strictly Business,” Miele says EA is fortified for heightened competition from streaming platforms by its 40-year history of creating game franchises ranging from “The Sims” to “Madden NFL” to its partnership with Lucasfilm on “Star Wars” titles. (And this conversation was held before Microsoft unveiled its blockbuster...
VIDEO GAMES・1 DAY AGO
HipHopDX.com

NBA Youngboy has been stirring the pot lately with disses allegedly aimed at NLE Choppa and Lil Durk. Over the past few weeks, the New Orleans rap star dropped two songs titled “Bring The Hook” and “Know Like I Know” that fans think may have subliminal messages aimed at the two rappers, and YoungBoy is still not done dropping messages.
NBA・1 DAY AGO
The Spun

WWE made an embarrassingly massive mistake this week. The WWE has long filed trademarks for wrestling names. It did no different earlier this week when it filed a trademark for the name “Gunther Stark” for entertainment services. The name was intended for Australian-born rising star Walter, who has...
WWE・1 DAY AGO
HipHopWired

In what could be the biggest deal in video games history, Microsoft's purchase of Activision Blizzard underlines the company's aggressive push in gaming and beyond into its long-term vision of being top dog in the metaverse. Adam Hollander, former director of gamification at Microsoft and founder of Hungry Wolves NFT, joined Cheddar's Opening Bell to discuss. “Microsoft always plays chess, not checkers," he said, describing the price tag as an opportunity cost. "It's about integrating Activision Blizzard in with Azure and Windows and Xbox and Hololens and Minecraft and everything else that they're doing for the inevitable goal of being the major player in the next phase of the internet."
VIDEO GAMES・2 DAYS AGO
realsport101.com

WWE 2K22 Trailer: Watch every single trailer and behind the scenes video here

With the game now weeks away, every WWE 2K22 trailer gives us a better look at how this year's game will aim to hit different. We've got every single WWE 2K22 trailer and behind the scenes video here for you to watch in full, and more are expected in the coming weeks.
WWE・1 DAY AGO