Opinion: Steph Curry Proved He's The Best Player In The World As The Warriors Blow Out The Nets 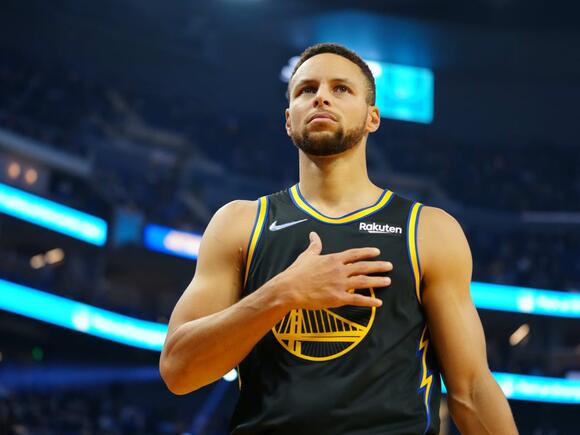 The Golden State Warriors went into Brooklyn and beat the Nets on Tuesday night. I believe that Steph Curry is the best player in the world right now.

Steph Curry and the Golden State Warriors went into Brooklyn, New York, and crushed the Nets 117-99 on their home floor at Barclays Center on Tuesday night.

The Warriors advanced to 12-2 on the season, which is the best record in the entire NBA.

Curry had 37 points, seven rebounds and five assists in the game, and I believe that he is the best player in the NBA right now.

Why is Curry the best player in the world?

A lot of people want to say the Golden State Warriors were a super team for years and Curry had tons of help.

They'd be correct in that sentiment.

However, there is context that is needed.

They went to the NBA Finals three straight times with that lineup, and won two NBA Championships.

All of that is true, but what about before Durant showed up?

Curry and the Warriors had already been to two straight NBA Finals and won a title.

The reason they even had the ability to sign Durant in the summer of 2016 was because of how much cap space they had due to the fact that all of the Warriors stars had been drafted by the team minus Andre Iguodala.

Curry turned the franchise into a juggernaut, not Durant or anyone else.

Sure, he had help from Thompson and Green, but Curry is the reason the Warriors have been the dynasty they've been.

None of what happened happens without Curry.

Fast-forward to Tuesday evening, and the Warriors have a young team that does not even have Thompson on the floor right now, and a much different Green than he was in his All-Star days.

Yet, Curry at 33-years-old, has them crushing the Nets in Brooklyn, and the Warriors have come out of the gate on the new season as the undisputed best team.

The Warriors look like they could be making a run for their fourth championship in the last eight years.

If Thompson comes back and plays like himself, which is a five-time All-Star and future Hall of Famer, it's going to be scary for the rest of the NBA.

Curry is averaging 28.1 points, 6.2 rebounds and 6.7 assists per game and could very well be on his way to winning his fourth NBA Championship and third MVP Award this season.

According to The Athletic’s Shams Charania, the Brooklyn Nets have agreed to find big man Paul Millsap a new team
NBA・2 DAYS AGO
95.7 The Game

Warriors coach Steve Kerr took the blame for his team’s 121-117 overtime loss to the Indiana Pacers, who were without four of their top five scorers.
NBA・2 DAYS AGO
USA TODAY Sports Media Group

Despite all of the Warriors’ success so far this season, it’s fair to say Steph Curry hasn’t quite been himself this year. He isn’t shooting the ball at the same ultra-hot clip we’re used to. He’s going through a really weird slump. And he’s been...
NBA・2 DAYS AGO
FastBreak on FanNation

The Golden State Warriors beat the Houston Rockets on a buzzer beater from Steph Curry, and after the game Curry spoke to the media.
NBA・2 DAYS AGO

The Nets are currently ahead of the Knicks in most popular merchandise in the NBA so far this season, with Kevin Durant highlighting jersey sales.
NBA・2 DAYS AGO
FastBreak on FanNation

Steph Curry and the Golden State Warriors beat the Houston Rockets on Friday night, and Curry hit the first buzzer beater of his career.
NBA・2 DAYS AGO
95.7 The Game

Warriors superstar Steph Curry hit a buzzer-beater to send Golden State to a 105-103 win against the Houston Rockets Friday night at Chase Center.
NBA・2 DAYS AGO

With the 2021-22 NBA season in full swing, basketball fans are putting on their jerseys and filling up arenas around
NBA・23 HOURS AGO
FastBreak on FanNation

Klay Thompson has been ruled out for the game between the Utah Jazz and Golden State Warriors.
NBA・18 HOURS AGO
FastBreak on FanNation

The Brooklyn Nets are in Texas to play the San Antonio Spurs on Friday night.
NBA・2 DAYS AGO
FastBreak on FanNation

Steph Curry and the Warriors beat the Rockets on Friday night.
NBA・2 DAYS AGO

Stephen Curry has hit all sorts of shots in his 13 seasons with the Warriors, but he unlocked a new one Friday night. Tied at 103 with 5.3 seconds left in regulation, Curry got the ball. He dribbled left, pulled up and elevated over a Houston defender. Forget the fact that he couldn’t seem to buy a basket on credit for most of the night. Forget the fact that he had dead legs from the prior night’s overtime loss.
NBA・2 DAYS AGO
Yardbarker

Kevin Durant Selected The Best Player In 5 Categories: He Was Scared Of Kobe In Clutch Moments, Steph Is Above Anyone Else

Love him or hate him, there's no denying that Kevin Durant is one of the best basketball players of all time. The Brooklyn Nets superstar has earned his stripes thanks to his incredible talent and the good performances he's recorded during his honored NBA career. The 2x NBA champion is...
NBA・2 DAYS AGO
FastBreak on FanNation

Nets Starting Lineup Against The Timberwolves

The Brooklyn Nets have announced their starting lineup for Sunday's game against the Minnesota Timberwolves.
NBA・17 HOURS AGO
KCBS News Radio

Assessing the championship-hungry Warriors at halftime

At the halfway mark of their season, the Golden State Warriors have emerged, once again, as one of the favorites to win the NBA championship.
NBA・2 DAYS AGO

Patrick Beverley has been ruled out for Sunday night's game between the Brooklyn Nets and Minnesota Timberwolves.
NBA・18 HOURS AGO
USA TODAY Sports Media Group

Following a back and forth battle between the Golden State Warriors and Houston Rockets, Friday’s contest at Chase Center came down to the final shot. With only 5.1 seconds left on the clock, Golden State would get the final shot in regulation. With a chance to win the game, Steph Curry came to the rescue for the Warriors.
NBA・2 DAYS AGO
FastBreak on FanNation

Steph Curry will play in the game on Friday night between the Houston Rockets and Golden State Warriors.
NBA・2 DAYS AGO
Sportsnaut