Dodgers: Corey Seager and Chris Taylor Could be in Play for the Detroit Tigers 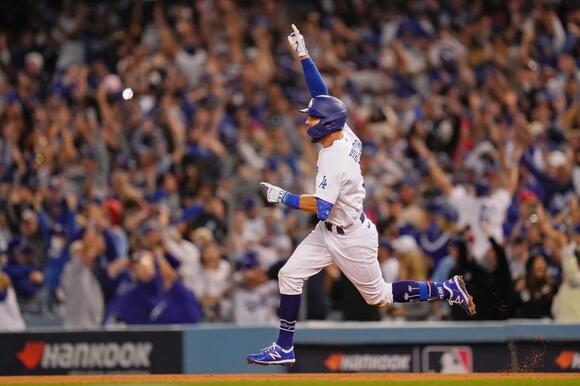 Well folks, the 2021 free agent season has begun and is turning out to be one of the deepest shortstop markets in recent memory with Los Angeles contributing two high-impact players, Corey Seager and Chris Taylor, to the pool. The franchise will attempt to retain one, if not both, even though Seager has already rejected a qualifying offer from the Dodgers, and Taylor is expected to as well.

If the Dodgers want to keep those two stars, they'll have to face quite a few competitors. One of which is the Texas Rangers, who have already shown interest in Seager, as he is familiar with their coaching staff but that (obviously) is not the only reason and they aren't the only club beginning to test the waters.

The Detroit Tigers are also in touch with both Seager and Taylor's representatives. According to MLB Network's Jon Morosi, the Tigers are actively searching for a shortstop to invest in.

The Tigers have been rebuilding for a few years now and have stockpiled a lot of young talent in the minors who, over the past few seasons, have started their big league careers. Their patience is beginning to pay off but there are holes that still need to be filled. Despite finishing with a record below .500, the club seems to be on the right path.

Signing a player like Corey Seager or Chris Taylor would accelerate the process . Both are veteran players who would have a huge impact on the young Detroit team. However, the Dodgers would have a lot to say about letting that happen and if it did, it would most likely be at a premium. The Tigers may have some money to spend but will also have to contend with the larger markets of Los Angeles and unfortunately, New York.

When it comes to the 2022 campaign, one of the most asked questions for Dodgers fans is what will become of starting pitcher Trevor Bauer. He's in his second year of a three-year, $102 million contract, but he was put on paid administrative leave last season after accusations of sexual assault ...
PASADENA, CA・20 DAYS AGO
Inside The Dodgers

Tyler White agreed to terms for a minor league contract with the Milwaukee Brewers.
MLB・2 DAYS AGO
Los Angeles Times

ESPN Buster Olney thinks Treinen is one of the bullpen arms in baseball.
MLB・2 DAYS AGO
Detroit Sports Nation

Major League Baseball’s international signing period opens on Saturday and according to Baseball America, the Detroit Tigers are expected to sign a pair of shortstops. Baseball America is reporting that the Tigers are expected to sign 16-year-old Javier Osorio, SS, Venezuela, and 17-year-old Samuel Gil, SS, Venezuela. JAVIER OSORIO.
MLB・2 DAYS AGO
13newsnow.com

VIRGINIA BEACH, Va. — These days, Los Angeles Dodgers outfielder Chris Taylor is finding his life is more than just being a professional baseball player. The former Cox Falcon held his first-ever "Driving For Hope" charity event at Top Golf in Virginia Beach on Sunday. Its goal is to help make life better for ailing children.
MLB・1 DAY AGO
Inside The Dodgers

According to reports, the Detroit Tigers have signed Venezuelan SS Javier Osorio to a $2.2 million deal. The @Tigers have agreed to a $2.2 million deal with Venezuelan shortstop Javier Osorio, No. 13 on the Top 50 International Prospects list. More on Detroit's int'l crop: https://t.co/Fu8uDUMq1c pic.twitter.com/6g28WLLm10. — MLB Pipeline...
MLB・2 DAYS AGO
dodgerblue.com

Chris Taylor has emerged as one of the Los Angeles Dodgers’ most valuable players in recent years due to his above-average hitting and ability to play all over the field. While he isn’t necessarily tied to just one position, ESPN’s Buster Olney ranked Taylor a top-10 second baseman heading into for the 2022 season. Olney amassed his annual list by receiving input from evaluators and others around baseball.
MLB・15 HOURS AGO
Bless You Boys

This may seem strange because I’ve been a Tiger fan all my life, and the Tigers lost this game to a hated division rival. This bounced Detroit out of the playoffs in 2009, and while the Tigers probably would’ve faced a similar fate the Twins did in the Division Series against the eventual-champion Yankees (they got swept in three games), if you’re in the playoffs you’ve got a shot.
MLB・1 DAY AGO

The one thing — the one thing — Yankees fans could reliably count on Gleyber Torres to provide, even during his darkest times in 2020 and 2021, might have just disappeared thanks to an architect’s whim. So, in case you’re counting, the Yankees signed Gerrit Cole, then...
MLB・10 HOURS AGO
USA TODAY

Despite 609 career home runs and seven All-Star appearances, the former Cubs slugger hasn't come close to being elected in his nine years.
MLB・19 HOURS AGO
Inside The Dodgers

Jonathan Papelbon joined WEEI’s Live BP Show and spoke about the backstory behind why he and Bryce Harper went at it in the Washington Nationals dugout in 2015.
MLB・16 HOURS AGO
WEEI Sports Radio

Jonathan Papelbon joined Rob Bradford on the Live BP podcast to make it clear he has no intention of following in the footsteps of his former teammate Jon Lester, saying he will never announce his retirement.
MLB・21 HOURS AGO
WFAN Sports Radio