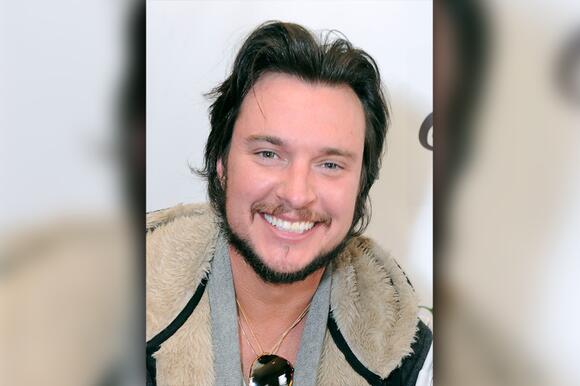 ( WFLA ) — Actor and producer Heath Freeman, known for his roles in “NCIS” and “Bones,” has died at the age of 41, his manager announced Tuesday.

According to NBC News , manager Joe S. Montifiore confirmed his death Tuesday morning, although the circumstances surrounding Freeman’s passing are not yet known.

“We are truly devastated at the loss of our beloved Heath Freeman,” Montifiore said in a statement to NBC. “A brilliant human being with an intense and soulful spirit, he leaves us with an indelible imprint in our hearts.”

Freeman’s IMDb page says he played killer Howard Epps on “Bones” from 2005 to 2007 and Benjamin Frank on “NCIS.”

Freeman was also set to appear in two new films: “Devil’s Fruit” and “Terror on the Prairie,” according to the page .

Sidney Poitier, the first Black man to ever win a Best Actor Oscar, has died.
CELEBRITIES・12 DAYS AGO
WKBN

Her father wrote on Facebook that he got the news of her death Saturday night, saying it was "a call no parent ever wants."
CELEBRITIES・2 DAYS AGO
WKBN

Report: Mom charged after kicking teens out in snowstorm

LOS ANGELES — Oscar-nominated director, critic and actor Peter Bogdanovich has died at 82, according to family members and his manager. Bogdanovich died early Thursday morning at this home in Los Angeles, his daughter, Antonia Bogdanovich, told the Associated Press and the Hollywood Reporter. She said he died of natural causes. His manager confirmed the news as well to DEADLINE.
CELEBRITIES・13 DAYS AGO

Dwayne Hickman, who starred in the hit CBS comedy The Many Loves of Dobie Gillis, died Sunday morning. He was 87. Hickman died at his Los Angeles home of complications from Parkinson's disease, his publicist Harlan Boll told The Hollywood Reporter. Hickman starred as the title character, a hopelessly in...
TV & VIDEOS・10 DAYS AGO
MyStateline.com WTVO WQRF

ORLANDO, Fla. (WTVO) — Bob Saget, best known for his role as Danny Tanner on the sitcom “Full House,” has died at 65. Saget reportedly passed away on Sunday at the Ritz-Carlton in Orlando, according to TMZ. Firefighters and the Sheriff’s Department responded to the hotel around 4 p.m. after hotel security found Saget in […]
ORLANDO, FL・9 DAYS AGO
Deadline

Yvette Mimieux Dies: Actress-Writer Who Starred In ‘The Time Machine’ Had Just Turned 80

Yvette Mimieux was found dead Tuesday morning, a rep for her family confirmed. She had just turned 80 on January 8, and she passed away in her sleep of natural causes. Mimieux was a prolific actress best remembered for starring opposite Rod Taylor in the 1960 George Pal-directed film version of the H.G. Wells novel The Time Machine at MGM, where she was soon put under a long-term contract. Another big hit came months after in Where the Boys Are. Among her other credits around that time were Platinum High School, Mr. Lucky, Four Horsemen of the Apocalypse and Light in the...
CELEBRITIES・23 HOURS AGO
Insider

According to the actress, her costars Tawny Cypress, Christina Ricci, and Juliette Lewis stepped in to support her after the incident.
CELEBRITIES・1 DAY AGO

The wife of NBA legend Steph Curry has called the gossip 'ridiculous'. The wife of Golden State Warriors star Steph Curry, Ayesha, has addressed rumors that the couple is in an open relationship, labeling the speculation 'disrespectful'. Claims circled on gossip blogs in recent weeks and cited an anonymous tip...
CHARLOTTE, NC・8 DAYS AGO
Radar Online.com

Bob Saget’s suspected cause of death has been revealed and cops believe the late comedian “suffered a heart attack or a stroke” due to the circumstances in which they found his body. Article continues below advertisement. According to Daily Mail, authorities that arrived at Saget’s Ritz-Carlton hotel...
CELEBRITIES・8 DAYS AGO
GlobalGrind

Head inside for some awesome throwbacks and more recent shots, as we wish the icon a blessed day.
CELEBRITIES・6 DAYS AGO

Jordan Cashmyer's mysterious death came just four months after her fiancé and baby daddy's sudden passing. Michael Schaffer died months before. The 16 & Pregnant star's family confirmed her death over the weekend. Article continues below advertisement. Jordan's cause of death has not been determined. She was only 26...
HOMELESS・1 DAY AGO
Outsider.com

Leroy Jethro Gibbs may still be in Alaska for all NCIS fans know. No one has seen Mark Harmon on the CBS procedural since October. But Harmon’s Gibbs was mentioned Jan. 3 (happy face). In fact, NCIS writers devoted a nice chunk of dialogue to Gibbs, the now-former special agent in charge of the NCIS office in D.C. It seems that Gibbs gifts the children of agents with funds for college. McGee and Jimmy were on the receiving ends of such gifts in the episode called Pledge of Allegiance. Gibbs did something similar for Vance years before. So Gibbs lived on, even it was dialogue only.
CELEBRITIES・6 DAYS AGO
The Independent

Former 60 Minutes correspondent Lara Logan has been dropped by her talent agency after she appeared on Fox News comparing Dr Anthony Fauci to Nazi Dr Josef Mengele. Mengele came to be known as the "Angel of Death" for the horrific experiments he performed on prisoners at the Auschwitz concentration camp and for his role selecting who would die in the gas chambers. Ms Logan told Fox News host Pete Hegseth that "people" had told her that when they see Dr Fauci, the Director of the National Institute of Allergy and Infectious Disease, they see Mengele. “What you see...
SCIENCE・1 DAY AGO
Newsweek

CNN legal analyst Laura Coates said in a new interview that "Jeopardy!" producers didn't allow her to try out for the coveted presenter role.
TV & VIDEOS・1 DAY AGO
WKBN

Troopers say they found 600 grams of suspected fentanyl that was worth about $60,000.
LOWELLVILLE, OH・13 HOURS AGO
Newsweek

"I asked for the opportunity. I was told no," CNN legal analyst Laura Coates said after Alex Trebek recommended she host "Jeopardy!"
LOS ANGELES, CA・1 DAY AGO
Deadline

‘Cobra Kai,’ Riverdale, ‘This Is Us,’ & ‘Black-ish’ Among PaleyFest LA Lineup

PaleyFest LA has released the line-up for its 39th annual television festival, set at the Dolby Theater in April from the 2nd to the 10th. For the first time in 3 years, the celebration will take place in person. Attendees will be treated to conversations with the casts of This Is Us; Superman & Lois; Black-ish; Ghosts; The Neighborhood; Hacks; Cobra Kai; Riverdale; Better Call Saul; A Salute to the NCIS Universe celebrating NCIS, NCIS: Los Angeles, and NCIS: Hawai’i; and Emily in Paris. “We are thrilled to announce the full lineup for the 39th Annual PaleyFest LA, the can’t-miss spring festival...
LOS ANGELES, CA・1 DAY AGO