This Is the Car That Dealers Overcharge for the Most 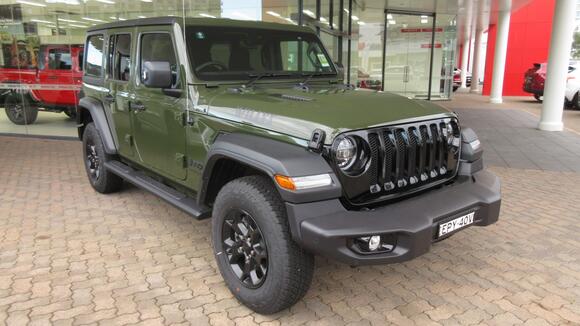 Car demand in the United States is at extraordinary levels. Unfortunately, car supply is extremely low. A primary reason the appetite for new cars is so high is the pent-up demand from the COVID-19 pandemic, when many people could not go to dealers at all. People who wanted to buy 2021 models found themselves out of luck in many cases.

Supply has been primarily affected by a lack of the semiconductors used in car electronic and navigation systems. This shortage is not expected to end this year. It has triggered the shuttering of assembly lines at some of the largest manufacturers. It also has made a large dent in car company earnings.

One way car sales are measured is "days on dealer lot." The figure is usually close to 60. According to iSeeCars, the average days on the lot dropped to 25 in October. This has triggered an unfortunate trend for many buyers: "Car buyers are willing to pay over MSRP for new cars and highly-elevated used car prices because they have embraced the reality that inventory shortages are here to stay for the next several months."

A newly released iSeeCars study covers the new car models that were sold by the largest percentage over the manufacturer's retail prices, a practice that infuriates consumers and causes complaints. The position dealers take is that people can either pay the premium or someone else will.

At least 20 models sold for 19% or more over the manufacturer's suggested retail price in October. The highest figure was for the Jeep Wrangler at 28.6% above the MSRP, which took the price up to an average of $43,338. The Wrangler is Jeep's midsized and usually relatively inexpensive sport utility vehicle.

The Wrangler usually gets good rankings from the car media. Car and Driver rates it 7.5 out of 10, and Motor Trend rates it 8.6 out of 10.

These are the 20 cars that dealers get the biggest premium for:

Click here to see which is the fastest-selling car in America.

3 ways to avoid paying dealer markups on a car

Car prices continue to rise due to shortages caused by the pandemic. But dealers are also adding additional charges above the suggested retail price.
RETAIL・18 DAYS AGO
24/7 Wall St.

This Is the Most Popular Car in America

A recent analysis reveals that the Ford F-150 was again the top-selling vehicle in the United States last year.
CARS・11 DAYS AGO
GOBankingRates

Winter is car-buying season -- in a normal year. Thanks to a microchip shortage and endless months of demand struggling to keep up with supply, this holiday season has been mostly a bust for bargain...
BUSINESS・14 DAYS AGO
News Channel 25

BRAZOS COUNTY, Texas — The price of used cars is now no longer what it used to be. A new report from the AP says the average price of cars tops out at $29,000 across the U.S. With the drastic change to the market, we get an inside look...
BUSINESS・10 DAYS AGO

BEATRICE - Heading into the new year, a present trend is the price increase in used cars, which is higher than ever before. Jordan Grabouski, sales manager for Twin Rivers Chrysler, Jeep, Dodge, Ram in Beatrice, spoke on how why the increase is happening and how long we can expect it to last.
BEATRICE, NE・11 DAYS AGO
whio.com

Report: The Most Reliable Car Brands

Reliability is one of the most important factors you should consider when it comes to buying a car. A recent report lists some of the most reliable car brands on the market right now. Consumer Reports' New Auto Reliability data show which brands consumers can count on. Which Car Brands...
MARKETS・12 DAYS AGO
moneyandmarkets.com

After spending almost a decade at the top, General Motors has relinquished the throne to Japanese-based Toyota as COVID and supply chain issues challenge all. Have you ever read a headline that carries so much weight that it feels like you’re getting punched in the chest?. While it’s a...
ECONOMY・11 DAYS AGO
wardsauto.com

Hollywood can over-dramatize artificial intelligence. Like the movie about a police force of mechanized droids patrolling the streets. In real life, AI is less ominous. Used in the business world, it can reduce stress and increase profits, according to CDK Global’s newly released “Artificial Intelligence in Automotive Retail Report.”
COMPUTER SCIENCE・12 DAYS AGO

Jan 7 (Reuters) - Aston Martin said on Friday it sold 6,182 cars to dealers in 2021, up 82%, driven by demand for the luxury automaker’s first sport utility vehicle, the DBX. The company said it expected annual adjusted core earnings to be about 15 million pounds ($20.31 million)...
ECONOMY・10 DAYS AGO
insideradio.com

NADA: ‘Constrained Inventory’ Will Continue For Car Dealers Through At Least Q2.

The automobile business still has a ways to go before returning to cruise control. With continued microchip shortages resulting in fewer new cars available to dealers, total light-vehicle sales for 2021 were up just 3.1% from 2020, to 14.9 million. Looking ahead to 2022, sales are predicted to increase 3.4% to 15.4 million as shortages are expected to last through at least the second quarter, according to the just-released forecast from the National Automobile Dealers Association (NADA).
CARS・5 DAYS AGO
Cleveland.com

CLEVELAND, Ohio — Car dealerships continue to see a drop in sales, despite demand for new vehicles. Northeast Ohio’s car dealerships sold 15,801 new cars and trucks in December, down from 20,427 during the same month in 2020, according tracking in 21 Northeast Ohio counties by the Greater Cleveland Automobile Dealers’ Association.
CLEVELAND, OH・12 DAYS AGO
CarBuzz.com

These Are The Most Searched Cars Brands Of 2021

When it comes to reliability and sales charts, Toyota is no stranger to placing first. But, according to a recent survey, the Japanese brand is also the most-searched-for car brand of 2021. Price comparison website comparethemarket.com has compiled a list of the most searched for car brands, by analyzing Google...
BUYING CARS・5 DAYS AGO
KPEL 96.5

Shreveport Auto Dealers Explain Why There are No New Cars

Like most folks, the car business is a mystery to me. And if you don't think the process of buying or selling a vehicle is perplexing, let me make this point. I have a friend who teaches a college class on how to buy a car. But this much I...
SHREVEPORT, LA・5 DAYS AGO
insideevs.com

Most Anticipated Electric Cars Of 2022

Strap yourself in folks, because we’ve scoured the upcoming EVs and come up with our list of the 10 most anticipated EVs for 2022! It was tough to do and there was a lot of internal debate. Let’s get stuck in straight away!. 1. Ford F-150 Lightning. We’re...
CARS・10 DAYS AGO
fordauthority.com

As Ford Authority reported last month, a number of 2022 Ford F-150 Lightning reservation holders were recently surprised by dealer markups that reached as high as $30,000 in one instance. This came as no major surprise, given the fact that Ford can’t build enough of its all-electric pickups in 2022 to satisfy demand, even after ramping up production considerably. Regardless, Ford recently threatened to take away allocations from dealers that ask reservation/order holders to place additional deposits to secure delivery, and also imposed a one-year no-sale provision on the F-150 Lightning to prevent flippers from profiting on the pickup. However, it’s also worth noting that the vast majority of dealers are not marking up the 2022 Ford F-150 Lightning, too.
BUYING CARS・3 DAYS AGO
ABC Action News WFTS

After a car consignment deal involving a Tampa car dealer went south, the customer says she's out $45,000 and has no place to turn.
TAMPA, FL・11 DAYS AGO