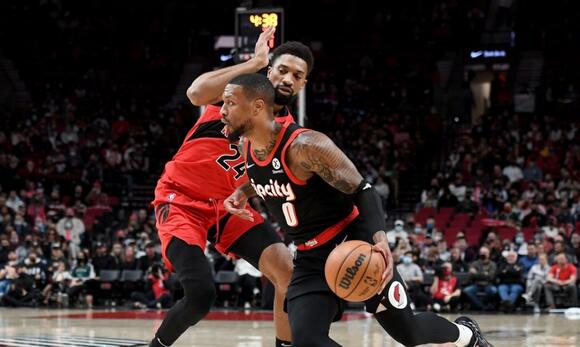 CJ McCollum scored 10 of his 29 points in the fourth quarter and the Portland Trail Blazers held on to defeat the visiting Toronto Raptors 118-113 on Monday night.

The Raptors trailed by 13 points in the fourth quarter but used a 10-run capped by Fred VanVleet’s 3-pointer to cut the deficit to one with 1:51 to play.

Norman Powell made two free throws to give Portland a three-point lead with 1:32 left. McCollum hit a jumper to increase the lead to five with 48.7 seconds to play.

Damian Lillard added 24 points — 16 in the first half — for the Trail Blazers, who have won four straight over the Raptors dating to January 2020.

OG Anunoby had 23 of his 29 points in the first half for the Raptors. He made six 3-pointers to match his career best. Pascal Siakam added 20 points, Gary Trent Jr. and Scottie Barnes had 18 apiece and VanVleet registered 11 of his 16 points in the fourth quarter.

Portland won for just the second time in five games while Toronto lost for the fifth time in six games.

The Raptors overcame an eight-point deficit in the third quarter to tie the game going into the fourth.

Portland opened the final period on a 10-0 surge.

Portland stretched the lead to 13 points on McCollum’s 3-pointer with 7:20 left. Toronto responded with a 9-0 run capped by VanVleet’s 3-pointer with 5:34 to go, but a block by McCollum and a 3-pointer by Lillard had the lead back to nine with 4:38 to play. 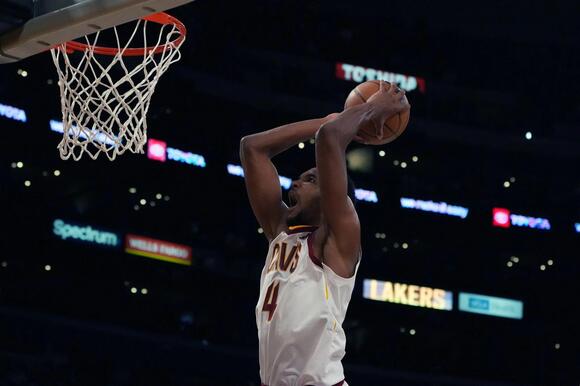 Toronto was on top 33-24 at the end of the first quarter after being up by 14 points.

Covington’s 3-pointer gave Portland an eight-point lead with 3:38 remaining in the third quarter. Anunoby’s layup cut the margin to four, and Barnes made a jumper and a free throw to trim the gap to one with 1:21 left.

Malachi Flynn’s layup for Toronto completed the third-quarter scoring and tied the game at 85.

C.J. McCollum poured in 20 first-half points against the Miami Heat on Wednesday, knocking down tough jumpers from all over the floor en route to 8-of-11 shooting and 4-of-5 from beyond the arc. His performance was a ringing endorsement of not just McCollum’s conditioning after spending six weeks on the sideline, but just how dangerous the Portland Trail Blazers can be when their star shooting guard has it going—even without Damian Lillard.
NBA・2 DAYS AGO
Union Leader

Jusuf Nurkic had 29 points and 17 rebounds as the visiting Portland Trail Blazers held the Boston Celtics without a field goal for the final 7:19 of the game in a 109-105 victory Friday night. Robert Covington hit a 3-pointer to give Portland a 103-102 lead with 32 seconds left...
NBA・1 DAY AGO
Tulsa World

Damian Lillard not ruling out a return this season, could depend on Portland Blazers’ record

It hasn’t been a fun season for Damian Lillard or the Portland Trail Blazers. The star point guard has been
NBA・8 HOURS AGO
silverscreenandroll.com

Editor’s Note: This article was originally published in 2017, but we’re re-heating it for the 15th anniversary of Kobe Bryant scoring 81 points against the Toronto Raptors. Enjoy. Kobe Bryant’s place among all-time NBA greats probably isn’t going to stop being debated anytime soon. His fans will point...
NBA・15 HOURS AGO
The Oregonian

The Portland Trail Blazers have won as many games on their current six-game trip as they did on the road during their previous 15 outings away from the Moda Center. That’s a testament to how well Portland has been playing without Damian Lillard. However, the Blazers were reminded of how they measured up against contenders on Wednesday while losing 104-92 at Miami (29-15).
NBA・2 DAYS AGO
NBA Analysis Network

The Atlanta Hawks have been extremely underwhelming this NBA season. Trae Young is putting up some amazing numbers, but it hasn’t equated to winning. Atlanta is currently 20-25 and sits at 12th in the Eastern Conference, two whole games out of the play-in. On top of that, some more...
NBA・17 HOURS AGO

The Golden State Warriors lost to the Indiana Pacers at home on Thursday night, and after the game Steph Curry spoke to the media.
NBA・1 DAY AGO
USA TODAY

Chicago Bulls coach Billy Donovan was not pleased by a flagrant foul committed by the Milwaukee Bucks' Grayson Allen against guard Alex Caruso.
NBA・1 DAY AGO

Luka Doncic has many of the same flaws as Russell Westbrook but gets far less criticism. He may not be able to outrun it much longer.
NBA・1 DAY AGO
Insider

The Nuggets have a scoring margin of a championship team when Nikola Jokic plays, and when he sits, they are worse than the NBA's worst team.
NBA・2 DAYS AGO
FastBreak on FanNation

Devin Booker, Chris Paul and the Phoenix Suns are in Dallas to play the Mavericks.
NBA・2 DAYS AGO
Sportsnaut

According to The Athletic’s Shams Charania, the Brooklyn Nets have agreed to find big man Paul Millsap a new team
NBA・1 DAY AGO
Sportsnaut

The Washington Wizards have one of the more unique rosters in the NBA. That’s a result of them having a
NBA・2 DAYS AGO
95.7 The Game

Bulls star DeMar DeRozan remains in great position to start the All-Star Game. DeRozan continued to lead all East guards by a wide margin in All-Star fan voting in the latest returns released by the NBA on Thursday.
NBA・2 DAYS AGO
All Hawks

The Atlanta Hawks have their center of the future.
NBA・2 DAYS AGO