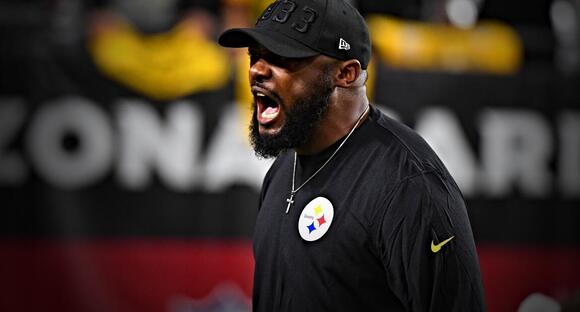 Another key Pittsburgh Steelers starter has tested positive for COVID-19 .

Safety Minkah Fitzpatrick , who is vaccinated, has been added to the NFL's reserve/COVID-19 list, the Steelers announced in a news release shared on their official website Monday.

Fitzpatrick has started in nine games and has recorded a team-best 64 tackles, as well as one pass defended, one tackle for loss, and a forced fumble.

Fitzpatrick will need to be symptom-free and test negative twice before being allowed to rejoin the team upon his initial positive test results.

The former University of Alabama standout was scheduled to address the media at 12:00 p.m. on Monday but was unable to appear amid his positive test.

The Steelers are already without quarterback Ben Roethlisberger , who was placed on the NFL's reserve/COVID-19 list hours prior to Sunday's 16-16 tie against the Detroit Lions.

Roethlisberger has thrown for 1,986 yards, 10 touchdowns, and four interceptions during his 18th NFL season.

Pittsburgh was on a four-game winning streak prior to Sunday's tie against the winless Lions.

Why the Seahawks Should Trade Russell Wilson

Why the Cowboys Will Win the Super Bowl

Why the Seattle Seahawks Franchise Has Deteriorated

They wave is coming as the super spreaders are losing immunity. If you are unvaccinated protect yourself from these folks.

Super Bowl 2022: The Tampa Bay Buccaneers are the reigning NFL champions, but who'll make the playoffs — and lift the Lombardi Trophy at the end of this season?
NFL・2 HOURS AGO
Sportsnaut

PITTSBURGH -- Joe Hade might have played his final game with the Pittsburgh Steelers after spending the last five years in black and gold. The 32-year-old cornerback is expected to hit the free agent market with uncertainty whether or not the Steelers will make him another offer. Haden posted on...
NFL・2 DAYS AGO

Chiefs, Patrick Mahomes crush Steelers in what may be Ben Roethlisberger's final game

The Chiefs now advance to the divisional round, where they will host the Buffalo Bills next Sunday.
NFL・2 DAYS AGO
93.7 The Fan

No endorsement for Rudolph, Haskins from Tomlin

Speaking during his final press conference of the year, Tomlin said that “all options are on the table” when it comes to the quarterback position. He added they are moving forward assuming Ben Roethlisberger will officially retire.
NFL・1 DAY AGO
Sportsnaut

The 2021 NFL regular season is over and playoffs are in full swing, which brings us to one of our
NFL・22 MINUTES AGO

Ben Roethlisberger is officially done as the quarterback of the Pittsburgh Steelers, which means the franchise will be heading into a brand new era after 18 years. It’s widely expected they will either trade or draft another QB in the offseason to replace Big Ben. However, wide receiver Diontae...
NFL・1 DAY AGO
Sportsnaut

Big Ben Passes Down Tradition From The Rooney Family

On Monday's 2 Pros and a Cup of Joe, Jonas Knox and LaVar Arrington react to what is most likely Ben Roethlisberger's final game in the NFL, and how even in a losing effort, Big Ben passed down lessons from the Rooney family and what is means to be a Pittsburgh Steeler.
NFL・2 DAYS AGO
San Diego Union-Tribune

The Pittsburgh Steelers have plenty of ways to replace Ben Roethlisberger. Here’s how they can do so via trade, signing and draft. The Pittsburgh Steelers somehow, someway made it to the playoffs this season. That gave quarterback Ben Roethlisberger a chance to potentially go out on top with a run to a Super Bowl victory. That did not happen.
NFL・2 DAYS AGO
102.5 WDVE

The Western PA native and Steelers fan has a major request for her 'favorite Steeler.'
NFL・1 DAY AGO
The Spun

JuJu Smith-Schuster made his surprise return to the Pittsburgh Steelers on Sunday night. The Steelers, the No. 7 seed in the AFC, lost to the No. 2 seed Kansas City Chiefs, 42-21, on Sunday evening. It was the likely final game of Ben Roethlisberger’s career. Pittsburgh didn’t have much...
NFL・2 DAYS AGO
Newsweek

Discover player props odds, plays, and insights for Ben Roethlisberger in his NFL Playoffs contest with the Pittsburgh Steelers against the Kansas City Chiefs.
NFL・2 DAYS AGO
102.5 WDVE

The Steelers will face the Chiefs at Arrowhead Stadium in the AFC Wild Card Round Sunday night.
NFL・2 DAYS AGO
Sports Illustrated

Here's what is likely his final NFL snap looked like.
NFL・1 DAY AGO