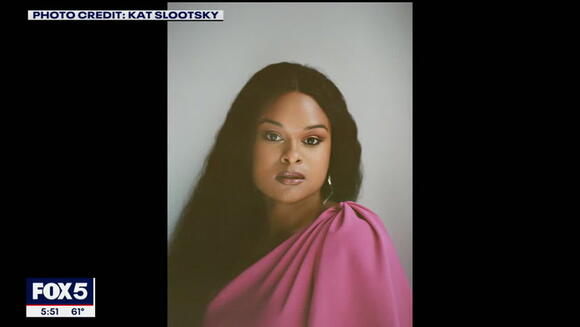 A transgender woman was badly beaten after being forced to share a jail cell with three men last year, leaving her with a jaw fractured in two places, according to a lawsuit.

Kristina Frost is suing San Diego County and its sheriff’s department for damages, accusing them of negligence and failure to protect or deliberate indifference to safety risks and needs.

According to the lawsuit, Ms Frost’s driver’s licence and other paperwork said she was a woman, and she had been wearing “feminine” clothes at the time of her booking.

However, she was placed against her wishes in a “minimally monitored” cell with three men, as deputies allegedly repeatedly misgendered her both verbally and on official reports.

One of the men she was forced to share a cell with viciously assaulted her in her sleep, breaking her jaw with “closed-fist punches" to the face during the attack, the lawsuit claims.

According to Ms Frost, none of the deputies who witnessed the assault “immediately intervened” to help, reports Insider.

Ms Frost needed two surgeries for her broken jaw and now has to wear dentures as a result of her injuries, according to the lawsuit.

San Diego County Sheriff’s Department Policy says the gender identity of arrestees should be respected, and training documents specify that people spending time in jail should be taken to prison facilities that are suitable for their gender identity.

However, a 2020 NBC News investigation showed that this is rarely the case, with transgender people in US prisons almost always placed in cells according to the gender assigned to them at birth.

NBC News’s research tracked 4,890 transgender state prisoners and was able to confirm just 15 cases in which a person was housed according to their lived gender.

Ms Frost’s daughter is currently running a fundraising effort to pay for her mother’s hospital bills at gofundme.com .

wanna be women but don't wanna have cycles every month, menopause nor give birth to babies; just wanna dress up, act cute and demand rights because of something they chose. God makes no mistakes, its only a He or she, not a shim! Its an insult, if you can't go thru ALL the women go thru then remain being who you were born

When you decided to become a man and went through all the necessary procedure, don’t expect people will put you in a women jail. Like after you become a man, you are not supposed to use the women restroom. Period.

no,,,, a man was left with a broken jaw after being put in a male prison. No such thing as transgender. your either male or female. what you have between your legs identifies that. How you dress or present yourself is irrelevant.

"For those of you wondering about the Pitbull, he's a really big boy, about 115lbs, and he was trying to get on top of me," the woman said.
PUBLIC SAFETY・1 DAY AGO
Insider

A Miami-based animal advocacy group said the eight-month-old dog displayed no aggression and didn't deserve to die.
FLORIDA STATE・3 DAYS AGO
The Independent

Three law enforcement officers have accused Donald Trump of fuelling an attack on the US Capitol that left them with broken limbs, a concussion, ringing ears, night terrors and depression, after a mob of the former president’s supporters sprayed them with chemicals, hit them with flagpoles and yelled racial slurs as they forced their way into the halls of Congress on 6 January.A lawsuit from US Capitol Police Officer Marcus Moore and a separate suit from Washington DC Metropolitan Police Department officers DeDevine Carter and Bobby Tabron seek damages for physical and emotional injuries sustained during the attack.The civil...
PUBLIC SAFETY・14 DAYS AGO
Newsweek

Preet Bharara said Aafia Siddiqui, who was convicted of terrorism charges in 2010, has attracted sympathizers, some of whom are violent.
COLLEYVILLE, TX・21 HOURS AGO

A woman was found dead, with her body “eaten by foxes”, after she left her car when it broke down on the side of the road. The 55-year-old, who has not yet been identified, had wandered away from her car while waiting for the AA just before Christmas.
PUBLIC SAFETY・9 DAYS AGO
Law & Crime

Man Choked Elderly Woman with Alarm Clock Cord and Beat Her to Death with Hammer Over Debit Card Just Two Months After Getting Out of Prison: Sheriff

A 41-year-old convicted robber who got out prison as recently as November 2021 is now accused of brutally murdering an elderly Crestview, Florida woman in her bed over a debit card, the Okaloosa County Sheriff’s Office announced on Monday. Authorities say that Joshua Kyle Nunn was arrested roughly three...
CRESTVIEW, FL・9 DAYS AGO
BET

An incarcerated woman shared her prison photo over the Christmas holiday and has attracted tons of suitors online. “Merry Christmas from the Pretty Gangsta, #FreeMe #FreeNyla,” the Dec. 25 post from Nyla Murrell’s Facebook account said. By Tuesday (Dec. 28), it received more than 10,000 likes and over 4,600 shares.
PUBLIC SAFETY・22 DAYS AGO
Daily Mail

Scotland Yard's Madeleine McCann team has 'more open thinking' and is still treating her disappearance as a missing person's investigation – despite German prosecutors insisting she is dead. Among other theories, the bespoke London unit of officers codenamed Operation Grange is still working on a possibility she may be...
PUBLIC SAFETY・25 DAYS AGO

Buffalo woman sentenced to prison for killing her boyfriend

BUFFALO, N.Y. — A Buffalo woman will spend 10 years in prison for killing her boyfriend in 2019. Nateonna J. Roland, 25, was sentenced Friday in State Supreme Court. In addition to the 10 year prison sentence, Roland will have to serve five years of post-release supervision. Judge M....
BUFFALO, NY・5 DAYS AGO
CBS News

"They used us as an experiment": Arkansas inmates who were given ivermectin to treat COVID file federal lawsuit against jail

A group of men detained at Washington County Detention Center in Arkansas say that the jail's medical staff gave them the anti-parasite drug ivermectin last year, without their consent, to treat COVID-19, while telling them the pills were "vitamins." On Wednesday, the American Civil Liberties Union, on behalf of the inmates, filed a federal lawsuit against the jail and its doctor.
ARKANSAS STATE・2 DAYS AGO
NBC News

A body matching the description of a Virginia store clerk who vanished last week after closing up the shop was found Tuesday, authorities said. "After an extensive search operation throughout the day, search crews located a body, matching the description of Ahrea'l Smith, on property in Heathsville," the Northumberland County Sheriff's Office said in a statement. The body will be sent to the Richmond County Medical Examiner for an autopsy.
VIRGINIA STATE・9 HOURS AGO
The Independent

A man has admitted exploiting a vulnerable victim who told investigators he had lived in a shed for 40 years.Peter Swailes Jr, 56, pleaded guilty at Carlisle Crown Court on Tuesday ahead of his scheduled modern slavery trial.He had previously pleaded not guilty to conspiring with his father, Peter Swailes, 80, to arrange or facilitate the travel of an individual between 2015 and 2019 with a view to him being exploited.His father, from Carlisle, denied the same charge but died last year.The charges came after a three-year investigation by the Gangmasters and Labour Abuse Authority (GLAA), supported by Cumbria Police...
PUBLIC SAFETY・14 HOURS AGO
The Independent

A German TV channel has discovered “shocking” new evidence against a man suspected of kidnapping Madeleine McCann, reports suggest.Authorities in Germany announced two years ago that Christian B, whose full name cannot be disclosed under German privacy law, was being treated as a prime suspect in the disappearance of the girl, who was three years old when she went missing in 2007.Journalists and former investigators working on a documentary for the German TV station Sat.1 have now claimed they have proof he was near Praia da Luz, when the British toddler went missing there on 3 May, 2007.Juliane Ebling, the...
PUBLIC SAFETY・10 HOURS AGO
The Independent

A woman accused of murdering her two-year-old son inadvertently recorded her co-defendant boyfriend allegedly hitting the little boy in “harrowing” audio clips played to jurors.Phylesia Shirley is said to have carried out the covert phone recordings at her one-bedroom flat to check whether then-partner Kemar Brown was secretly contacting other women.However, police investigating the death of her son, Kyrell Matthews, discovered that the recordings contained disturbing evidence of the non-verbal boy being hit repeatedly, with Brown saying “shut up”, causing the toddler to cry and scream.Kyrell died at the flat on October 20 2019, with a litany of internal injuries,...
PUBLIC SAFETY・9 HOURS AGO
insideedition.com

Phoenix Mother of 5 Disappears After Call to Mother Telling Her She's Been Stabbed by Her Boyfriend: Police

Phoenix police are searching for a mother of five who went missing after she placed a chilling call to her mother telling her she’d been “stabbed in the neck by her boyfriend,” and to “call the police," officials said, according to a published news report. Irene...
PHOENIX, AZ・1 DAY AGO
KAJA KJ 97

Rabbi Charlie Cytron-Walker threw a chair at the hostage-taker which allowed him and two of the other hostages to escape Congregation Beth Israel.
COLLEYVILLE, TX・1 DAY AGO
The Vivid Faces of the Vanished

27-year-old Terrence Chemel Woods Jr. grew up in Capitol Heights, Maryland, and graduated from the University of Maryland in 2013. He lived in London, England for several years and returned to the United States in 2018. He worked on the hit television show The Voice UK at one point, and Terrence traveled the world to work on television shows and documentaries, reports Deadline.
CAPITOL HEIGHTS, MD・1 DAY AGO
MotorBiscuit

A man in Stoneham, Massachusetts, drove his black Cadillac through the front window of a liquor store. While that may seem pretty crazy, the crazy hasn’t even begun to show itself yet. The liquor store closed? No problem. Give me a second…. Ok. So, a man drives his...
STONEHAM, MA・1 DAY AGO
Newsweek

A 31-year-old man has been charged with the girl's murder and has been denied bail.
PUBLIC SAFETY・12 HOURS AGO
Vice

MEXICO CITY—A dead infant found in a trash can inside a notorious Mexican prison has fueled allegations that the child’s body may have been used to smuggle drugs into the facility. The body of a baby boy was discovered with an incision in its abdomen inside of the...
PUBLIC SAFETY・1 DAY AGO