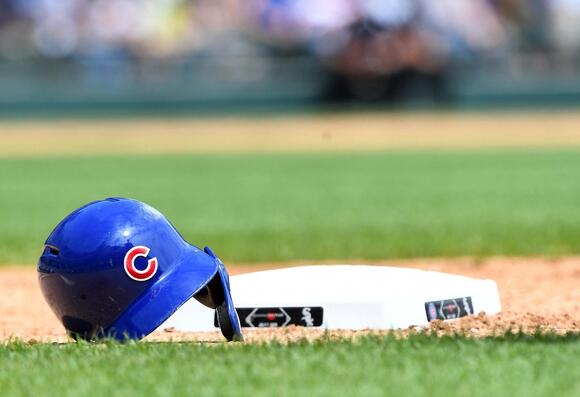 PITTSBURGH (93.7 The Fan) – He was the Pirates first-round pick that was the poster for drafting for a budget and not the best player available. Now Daniel Moskos is back in the majors.

The 35-year-old hired by the Cubs as their assistant pitching coach after two seasons with the Yankees minor-league system.

GM Dave Littlefield famously passed on catcher Matt Wieters who became a four-time All-Star, two-time Gold Glover and played in 1,075 career games.  Moskos pitched in 31 games, all as a rookie and did have a 2.96 ERA.  The next season the Pirates waived Moskos.  He would never return to the majors, until now, as the Cubs coach.

The name Moskos sends a shutter to many Pirates fans.  His name resurfaces, and many of the same feelings come flooding back.

The Tampa Bay Buccaneers have cut a veteran running back to open up a roster spot ahead of Sunday’s Divisional Round game. The Bucs advanced to the Divisional Round this weekend by beating the Eagles last Sunday afternoon. Now, they have a date with the Los Angeles Rams, who may have had the most dominant playoff performance of the Wild Card round.
NFL・1 DAY AGO
Inside The Phillies

One of the first black superstars in Philadelphia Phillies history, today we remember the legendary career of Dick Allen.
MLB・2 DAYS AGO
Inside The Dodgers

LA's lefty reliever is pitching to high schoolers to keep his arm loose and ready for the 2022 season amid the MLB lockout.
MLB・2 DAYS AGO

ESPN's Alden Gonzalez doesn't think that the Dodgers would be willing to sign Freeman to a long-term deal.
MLB・2 DAYS AGO
94 WIP Sports Radio

Gannon’s first season with the Eagles was an up-and-down year that have left many split on the job he did. The Eagles will be back in the market for a defensive coordinator if he leaves.
NFL・2 DAYS AGO
Sportsnaut

The Cincinnati Reds are a part of MLB history, widely recognized as one of the most storied franchises in baseball.
NFL・2 DAYS AGO
Audacy

Report: Raiders “Preparing To Make A Run” At 1 Coaching Candidate

The Las Vegas Raiders haven’t officially decided on a general manager for the 2022 season, but it sounds like a serious candidate has emerged for their head coaching vacancy. According to Mike Florio of ProFootballTalk, the Raiders are “preparing to make a run” at Patriots offensive coordinator Josh McDaniels....
NFL・1 DAY AGO
Sports Illustrated

Frequent Buck Showalter collaborator Brian Butterfield was briefly considered for a role on the Mets’ coaching staff but was turned down for his refusal to get vaccinated.
MLB・2 DAYS AGO
106.7 The Fan

Pitt reporter: QB Kenny Pickett not a project, ready to 'start right away'

With Washington picking at No. 11 and in need of a quarterback, BMitch & Finlay profile Pitt’s Kenny Pickett with an expert. Here’s what we learned about the potential first-round pick.
NFL・2 DAYS AGO

Inside the Phillies fielded mailbag questions while the MLB lockout is in full force.
MLB・2 DAYS AGO
The Spun

The Tampa Bay Buccaneers lost in stunning fashion to the Los Angeles Rams, 30-27, late on Sunday afternoon. Tampa Bay trailed big early before mounting a huge comeback late, only for it to come up a bit short when the Rams drilled a game-winning field goal. Following the game, the...
NFL・8 HOURS AGO
USA TODAY

USA TODAY Sports broke down the 12 most intriguing cases on the ballot, with all you need to know heading into Tuesday’s momentous announcement.
MLB・1 DAY AGO
Sports Illustrated

Whoever the Giants hire will be the franchise’s sixth head coach over the past eight seasons.
NFL・1 DAY AGO
Inside The Dodgers

The Dodgers catcher explained how he approaches the highs and lows of a MLB season.
MLB・1 DAY AGO
Inside The Dodgers

Justin Turner began the 2021 season batting .305 with 29 homers, 50 RBI, and a 1.088 OPS over 84 games. Then he was selected to play in the All-Star Game for the second time, and it appeared as if the Dodgers made a brilliant move in signing him to a 2-year deal with a team option in the previous ...
MLB・1 DAY AGO
Inside The Royals

The Kansas City Royals drafted pitcher Ben Hernandez fresh out of high school in 2020, but he could display quite a bit of maturity and growth just two years later.
MLB・1 DAY AGO