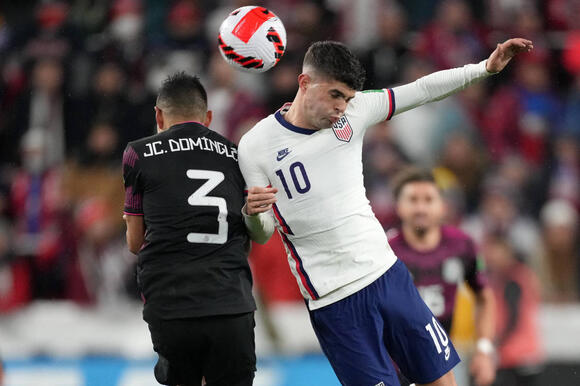 Chelsea have been handed a massive boost ahead of their Premier League match against Leicester City as stiker Romelu Lukaku has returned to first team training.

The striker has been out of action with an injury for a month, going off with an ankle injury against Malmo on October 20.

Taking to Twitter, Lukaku has revealed that he is back training on the pitch during November's international break.

Timo werner has also been out for the same period with a hamstring injury, but is yet to return to training.

Speaking about Lukaku and Werner, Tuchel targetted a November return for his players.

“I am not a friend of deadlines and not putting pressure," said Tuchel. "Both of them have a new target and that target is after the national break. This is what they aim for, what we aim for.

"We will use the time and see what is going on during the second week of the national break. If you ask me the question and I can be more precise than now. We will use the break, have every day treatment for him, Timo and Mateo to bring them on the pitch as soon as possible.”

Now, Chelsea have met the deadline and will be hoping to have Lukaku available to face Leicester after the international break as the Blues sit top of the Premier League table, three points clear of Manchester City and Liverpool.

Chelsea boss Thomas Tuchel has revealed that he won't change his side's style of play to help Romelu Lukaku. The Blues signed the Belgian from Inter Milan for a club record fee, signalling his return to the club after seven years away from west London. However he has appeared to...
PREMIER LEAGUE・1 DAY AGO
Absolute Chelsea

Thomas Tuchel didn't want to comment on Romelu Lukaku's performance following their 1-1 draw against Brighton & Hove Albion on Tuesday night. The Chelsea head coach refused to single out the 28-year-old insisting he isn't the problem for the Blues, but a solution to their problems. Lukaku was poor on...
PREMIER LEAGUE・5 HOURS AGO
Absolute Chelsea

Chelsea's club-record signing Romelu Lukaku wants to return to Inter Milan as he was 'expecting a whole different situation' since his departure, according to reports in Italy. The Blues striker has struggled upon his return to Stamford Bridge and could already be eyeing an escape plan. As per calciomercatio.com, the...
PREMIER LEAGUE・2 DAYS AGO
ESPN

Chelsea boss Thomas Tuchel said he believes the club are doing everything to help struggling striker Romelu Lukaku and urged the Belgium international to find "peace on the pitch" to rediscover his scoring touch. The 28-year-old was expected to spearhead a title challenge after rejoining his former club from Inter...
PREMIER LEAGUE・1 DAY AGO

Cristiano Ronaldo is expected to be available for Manchester United's trip to Brentford though will have to come through Tuesday's training sesssion at Carrington, Ralf Rangnick has said.Ronaldo and Marcus Rashford were left out of United's match day squad for Saturday's 2-2 draw at Aston Villa, missing their second consecutive game despite Rangnick expecting both to return.The United interim manager said both players were ruled out of making the trip to Villa Park after Friday's late training session but says both are currently in contention to play Brentford."Cristiano and Marcus were training yesterday so I suppose they will be training...
PREMIER LEAGUE・1 DAY AGO
San Diego Union-Tribune

Arsenal are optimistic their Carabao Cup semi-final second leg against Liverpool will go ahead as planned on Thursday night.The Gunners successfully appealed to the Premier League to have Sunday’s north London derby away to Tottenham called off in the absence of a number of players.Injuries, suspension, coronavirus cases and losing players to the Africa Cup of Nations saw Mikel Arteta’s ranks depleted enough for the league to postpone their scheduled fixture.However, the PA news agency understands there have been no additional Covid-19 cases in the past two days and a couple of players are now likely to be fit following...
PREMIER LEAGUE・23 HOURS AGO
The Guardian

It was inevitable that Everton would sack Rafa Benitez. In theory he was a good appointment. The reality was different. The 61-year-old has the sort of obsessive nature and organisational talents needed to untangle a club in a mess. Just not this club.Almost no one wanted him. Not the owner, not the board, not the fans. Alisher Usmanov, the main sponsor and business associate of Farhad Moshiri, was the Spaniard’s biggest advocate. Moshiri, the man with his name over Goodison’s front door, was always dubious.Benitez had committed just about the worst crime in the eyes of the Gwladys Street. He...
SOCCER・2 DAYS AGO

Scotland and Wales have received a World Cup play-off boost with FIFA removing all yellow cards picked up in qualifying.Both Scotland boss Steve Clarke and Wales counterpart Robert Page had called for bookings to be wiped clean after securing their place in the play-offs in November.FIFA has now decided to introduce a yellow-card amnesty for the 12 European nations involved in the March play-offs, which could see Scotland and Wales meet to determine a place at this year’s World Cup.A Football Association of Wales spokesman said: “Following a request from UEFA, FIFA has decided to cancel all cautions that have...
UEFA・1 DAY AGO
The Independent

The end of Rafael Benitez’s misguided and disjointed 200-day reign at Goodison Park has left Everton looking for a seventh permanent manager in six years.However, the problems at the club run deeper than what has been happening on the pitch in the last six months.The PA news agency looks at how the situation has got to this point and what Everton do next.Why did Benitez have to go?7 wins11 defeats1 win in last 13 Premier League matches16th in Premier League tableConceded first goal in 16 of their 22 games in all competitions.The bare fact of one win in 13 league...
PREMIER LEAGUE・2 DAYS AGO
The Independent

Ralf Rangnick has no concerns about selecting Paul Pogba during the final months of his Manchester United contract, even if the midfielder’s only motivation to play well is to earn a deal at another club.Pogba has entered the final six month of his current Old Trafford terms, with little progress made in discussions over a renewal and a departure on a free transfer in the summer considered likely.The 28-year-old is yet to make an appearance under interim manager Rangnick after suffering a thigh injury while on international duty in November, though returned to full training on Monday.Rangnick expects Pogba...
PREMIER LEAGUE・15 HOURS AGO
The Guardian

Chelsea boss Thomas Tuchel has compared his side with Liverpool of last season, looking at how both sides suffered from injuries. This comes after Chelsea are without long-term absencees Reece James and Ben Chilwell. Speaking to the press, via Independent Football, Tuchel discussed how Liverpool could not win the league...
PREMIER LEAGUE・2 DAYS AGO
The Guardian

Chelsea boss Thomas Tuchel is not a fan of Paris Saint-Germain defender Layvin Kurzawa amid transfer rumours linking him with a move to London, according to reports. The German head coach had Kurzawa in his PSG side but the French international played as a back-up role to Juan Bernat during Tuchel's time in France.
PREMIER LEAGUE・2 DAYS AGO