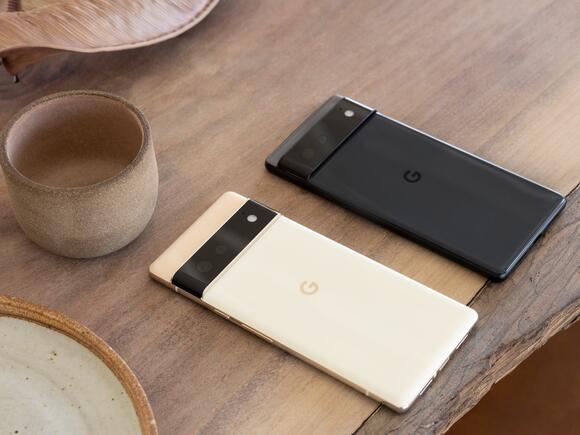 Google ’s latest update to its Photos app has deleted one of the major features of its newest phones.

The smartphone giant announced the Pixel 6 and Pixel 6 Pro with a Magic Eraser tool that used artificial intelligence to remove wanted people and objects from the backgrounds of photos.

However, the new version of Google Photos (5.67, as reported by Android Central ), removed the feature – an ironic turn of events due to its function.

The Independent was not able to recreate the issue on a Pixel 6 device, which had the 5.66 version of Google Photos. The feature is only available on Google’s own flagship, but other manufacturers such as Samsung and Huawei have their own version of the tool in their respective photo apps.

Google declined to comment when asked about the issue by The Independent , but a spokesperson told The Verge that the company “identified an issue early in the rollout of [its] latest Photos update and are providing a fix shortly.” It also confirmed that the issue was not affecting all users.

Magic Eraser had been a long-awaited feature, first mentioned in 2017 as a way to remove objects from the foreground of pictures – such as the crossed wires when taking a photo through a chain-link fence.

As well as the Magic Eraser tool, Google’s Pixel phones came with a new motion mode that combines multiple shots taken in an instance, detecting what is moving and what is still, and adds blur accordingly. It also has a face unblur feature.

Google Pixel, Chromecast, and smart speakers may be banned from US sale following Sonos lawsuit loss

Sonos and Google have been at war with each other for years now, as the former company alleges some major copyright and patent infringement. As lawsuits and accusations of theft have continued to pile up, Google has been forced to make changes to its software in response. The company was just handed its biggest blow yet, as Sonos won a major court decision that could result in an import ban on some of Google's most popular products.
BUSINESS・11 DAYS AGO
The Independent

Whether your tablet is an iPad or a Samsung Galaxy tab, a Microsoft surface or an Amazon Fire, a case is a wise investment. A covering protects the display and saves the back from scratches. But some cases go further, building a keyboard into the back that effectively turns the tablet into a laptop alternative.Tablet cases can also offer more colour: choose one in a subdued hue like black or silver so you have something business-like and understated, or brighten it up with a case that’s orange or a jaunty blue, perhaps.There are lighter, more affordable covers that simply save...
ELECTRONICS・21 HOURS AGO
9to5Google

How to get the Android 12L Beta on Google Pixel

Google’s Android 12L is designed for big-screen phones and foldables akin to the Galaxy Z Fold 3 and the underserved Android tablet market. However, some Google Pixel owners can install Android 12L today through the beta program. Is your Pixel compatible?. The first step to join the Android 12L...
CELL PHONES・5 DAYS AGO
The Independent

Outdoor security cameras can be a good addition to any property. Not only does their installation mean you can find out more about what happens around your home, but they also act as a worthwhile deterrent for any would-be criminals attempting to gain access.Similarly, should the worst happen, you can be sure that with the quality of today’s cameras, it’s easy to gather a range of imagery and data that can help with any insurance, criminal or claims process.There are, however, some distinct differences between security setups designed for outdoor and interior use. Firstly, outdoor cameras tend to be bigger,...
ELECTRONICS・1 DAY AGO

For the longest time, Google Photos has allowed users to control whether videos can automatically upload over cellular. A recent Google Photos for Android update quietly removed that particular video backup setting and replaced it with a “daily limit” that was first introduced in India. Currently, heading to...
INTERNET・14 DAYS AGO
Lifehacker

You Can Restore Events You Accidentally Deleted From Google Calendar

Accidentally deleting stuff is not fun. It can be all too easy to mistakenly erase photos, files, and conversations from your accounts, sometimes without even realizing it. Many of these platforms, luckily, have some type of “trash” system, which allows you to save your info before it’s permanently deleted. Believe it or not, Google Calendar offers such a feature—it’s just not very obvious.
SOFTWARE・7 DAYS AGO
gizmochina.com

Google Pixel 6 slipped off from the top 10 list of DXOMark’s camera test; But not in the US

The Google Pixel 6 was launched back in October 2021 as a flagship phone from the search-engine giant. Just like every year, this year’s flagship smartphone was also expected to receive cheers for its camera performance out of the bunch. However, it looks like it’s not the case as the phone has just slipped off from the top 10 list of camera phones by DXOMark.
CELL PHONES・13 DAYS AGO
lifewire.com

How to Set Up Pixel 6 Phone Buttons

Head into the Settings app and select Settings > Gestures to find a bevy of gesture-related options. Once in the Gestures menu, tap on System Navigation to choose between gestures and a three-button navigation system. Select 3-Button Navigation to activate the Go back, Home, and switch apps buttons. This article...
CELL PHONES・11 DAYS AGO

Everything Fixed in This Month’s Google Pixel Update

We may earn a commission when you click links to retailers and purchase goods. The update for Google’s Pixel phones that started rolling out today to most still-supported devices is yet another bug fixer that is likely taking care of initial Android 12 issues. Android 12 has proven to be a massive update from Google that they clearly needed more time to polish and have spent the majority of the past two months trying to do that.
CELL PHONES・13 DAYS AGO
TechRadar

The Google Pixel 7 is expected to debut toward the end of 2022, but a new tidbit in the first few days of January may have given us a glimpse into one of the big upgrades. According to a new patent, Google is working on technology that would allow for it to include an under-display camera on its upcoming phones. That may mean the tech will be ready for the Google Pixel 7 or Google Pixel Fold.
CELL PHONES・13 DAYS AGO
CNET

Google Pixel 6 vs. Pixel 6 Pro: Which camera is better?

Google's Pixel 6 and Pixel 6 Pro wowed CNET's reviewers thanks to their attractive designs, clean Android 12 interface and solid overall performance. I even found the Pixel 6 Pro's camera to be a real rival to the iPhone 13 Pro when I put the two phones side by side, being able to take beautiful, well-exposed images in any conditions. It's why the Pixel 6 Pro earned a coveted CNET Editors' Choice award.
CELL PHONES・13 DAYS AGO
theregister.com

Google has fixed a bug that blocked some people from getting through to 911 when they dialed for help on Pixel smartphones. The problem was confirmed by the web giant last month after a woman described in a viral post on Reddit how the glitch prevented her from reaching emergency services when she thought her grandma was having a stroke. She told The Register her Pixel 3 phone didn’t ring when she dialed 911 and waited a few minutes before resorting to a landline phone.
CELL PHONES・13 DAYS AGO
gizmochina.com

Back in November 2021, 9to5Google revealed that it came across key information about the upcoming Pixel foldable phone with the “Pipit” codename in the APK file of the Google Camera app. Now, the same device has reportedly paid a visit to Geekbench. The appearance of the device at the benchmarking site is a good hint that the device not only exists but also the company could be internally testing it.
CELL PHONES・11 DAYS AGO
xda-developers

With Android 12, Google quietly removed one important feature: the ability to control the volume of Cast-enabled devices using your phone’s volume buttons. On Android 11 and earlier versions you could change the volume of an ongoing Cast session by simply pressing the volume buttons from any screen. But that convenience is gone in the latest version of Android — you now have to open the relevant app to adjust the volume. Earlier in November Google said it had to temporarily disable the feature due to a legal issue and that it would bring it back in Android 12L. But it appears we won’t have to wait till the next Android release to get the feature back.
CELL PHONES・12 DAYS AGO
notebookcheck.net

The United States International Trade Commission (ITC) has ruled that Google has infringed on multiple patents held by the audio company Sonos with features baked into some of its Nest-brand smart speakers, as well as into some older Pixel-series devices. The Mountain View giant is now obliged to make some potentially major UI and UX changes to avoid an import ban on those products.
BUSINESS・8 DAYS AGO
Android Headlines

The Galaxy S21 FE finally launched, and there are quite a few phones I want to compare it to. One of the first ones that came to mind is one of Google’s flagships. In this article, we’ll compare the Google Pixel 6 vs Samsung Galaxy S21 FE. Why, though? Well, both of these are flagship-level phones, in a way, but are not the best the companies have to offer. Another major reason is their price tags, they’re somewhat similar. The Google Pixel 6 starts at $599, while the Galaxy S21 FE starts at $699.
NFL・6 DAYS AGO
Android Headlines

How To Remove Smart Home Products from your Google Home App

Google makes it pretty simple to add all of your smart home devices to the Google Home app, and control it all from within the one app. But what about if you have stopped using that device, gave it away, or sold it? How do you remove it from the Google Home app? Well it’s quite simple, and that’s exactly what we’re going to show you how to do today.
CELL PHONES・5 DAYS AGO
Phandroid

Google pushes out Pixel update that fixes 911 bug, but not for the Pixel 6 and Pixel 6 Pro

Back in December last year, there was a rather alarming bug in which users who had Microsoft Teams installed on their phones could not dial out to 911 if they were not signed into their account. Microsoft later released a fix for the Teams app for Android. Now according to...
CELL PHONES・12 DAYS AGO
9to5Google

Unfortunately, the December 2021 update for the Pixel 6 and 6 Pro caused some notable issues, but you may have updated before the update was pulled. Because of the signal issues and other problems, you might want to downgrade your Pixel 6 from the December 2021 update to the November 2021 patch – at least until problems are resolved in the coming weeks.
CELL PHONES・10 DAYS AGO