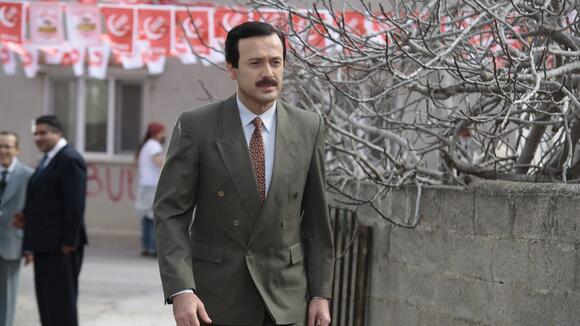 There are a number of best movies lists. The most famous is probably the American Film Institute's "100 Years--100 Movies".

Movie website Rotten Tomatoes has a 100 Best So does movie data site IMDb, but it is "250 Best"

Some critics like the other side of the coin. Awards for worst movies are given out each year by an organization that calls them the "Golden Raspberry Awards", a parody of the Oscars.

Film lovers enjoy debating how great a movie is or isn't. Film critics would lose their jobs if people did not care so much. Bad reviews can kill a film at the box office. Good reviews can boost ticket sales.

To identify the worst movie of all time, 24/7 Tempo reviewed the 22,407 movies in our database for which ratings were available from both IMDb, an online movie database owned by Amazon, and Rotten Tomatoes, an online movie and TV review aggregator. We created an index using average IMDb ratings and Rotten Tomatoes audience scores and Tomatometer scores. Ties were broken based on the number of IMDb votes. (Casting information also comes from IMDb.)

The movies we considered were the really, really awful category. It turns out that the majority of them fall into the science fiction or horror categories. Good horror movies give us a brief, exhilarating scare. Science fiction films, when done right, with skill and imagination, can provide a provocative window into the future.

Not all the movies we considered started out as stinkers, it must be said. The Korean War epic “Inchon” had a stellar cast, but was roundly criticized by critics and ignored by audiences. Adam Sandler had a rare comedy bomb with “Going Overboard.” The worst movie on this list, a Turkish documentary, can only be charitably described as a vanity project for the country’s current leader.

This biographical film portrays the early life of Turkish president Recep Tayyip Erdoğan (“Reis” is Turkish for “Chief”). It covers his time as mayor of Istanbul from 1994 to 1998 and his brief imprisonment in 1999. The film has no apparent purpose except to burnish strongman Erdoğan’s reputation.

Click here to read The Worst Movies Of All Time

Director Lana Wachowski is back at the box office next week with The Matrix Resurrections next week, which will definitely send people down a rabbit hole of her past work. However, you might want to catch the 2013 drama Cloud Atlas, an infamous but ambitious flop, before it leaves Netflix on Jan. 31. Starring Tom Hanks, Halle Berry, Hugh Grant, and Hugo Weaving, Cloud Atlas tells the story of reincarnation, with souls traveling through different moments in time and showing how an act of kindness can have a ripple effect through history and the universe.
TV & VIDEOS・29 DAYS AGO
Newsweek

Why Adam Sandler and Kevin James Aren't In 'Hotel Transylvania 4'

"Hotel Transylvania: Transformania" is without its original Dracula and Frankenstein. Here's how the movie's director explained the change.
MOVIES・2 DAYS AGO
24/7 Wall St.

This Is The Oldest Oscar Winner Of All Time

The first Academy Awards were given out in 1929 based on voting by members of the Academy of Motion Picture Arts and Sciences (AMPAS). What was a private dinner to host the awards ceremony has now become a public spectacle viewed by millions of people each year, in a television show that goes on for […]
MOVIES・13 HOURS AGO
Cinema Blend

No surprises here, as Spider-Man: No Way Home continued to dominate the box office as 2021 came to a close. The blockbuster hit another huge milestone this week, breaking into the Top 10 of highest grossing movies of all time at the domestic box office, despite taking another pretty significant hit in attendance numbers. The box office overall saw mostly lower numbers than last week, and there are a number of factors that could contribute to that, including the holidays or the Omicron variant. With no new wide releases this week, a lot of last week's trends remained, but some movies took a bigger hit than others.
MOVIES・14 DAYS AGO

On Christmas Eve, Netflix released their all-new movie Don't Look Up, a satire from writer/director Adam McKay and featuring an ensemble anchored by Leonardo DiCaprio and Jennifer Lawrence. The film's Christmas release has ended up making the film a gift to the streamer's bottom line as it has not only spurred a lot of online conversation, some of it perhaps manufactured and not reflective of the movie itself, but also it's viewership numbers prove that it is really, really popular. Netflix has released their updated analytics that measure through Sunday, January 2, and in its first 10 days of release Don't Look Up is already huge.
MOVIES・12 DAYS AGO
Collider

Alana Haim has been around for years, now, as part of the aptly named familial pop outfit HAIM - but, with Licorice Pizza, she has established some strong acting bona fides. (Well, you're always gonna be pretty great if Paul Thomas Anderson is tapping you to lead as a debutant, aren't you?) But not only is she bringing some stellar, refreshing performance chops to the silver screen: it seems like she's something of an arbiter of cinematic taste. In an interview with i-D magazine, she spoke out about some of her favorite classic films - and the top pick might surprise you.
MOVIES・12 DAYS AGO
GMA

Review: 'Scream' fiercer, funnier than 4th sequel has any right to be

It's been five years since the last "Scream" film.
MOVIES・2 DAYS AGO
spoilerfreemoviesleuth.com

The Most Memorable Gambling Movie Characters of All Time

Many movies about gambling have been made over the decades, and the characters they contain are among the most memorable in the history of cinema. To prove this once and for all, let’s take a look at some of the impactful personas to appear in gambling-focused films, and what makes them stand out so much.
MOVIES・6 DAYS AGO

The Frat Pack’s Lowest-Grossing Movies Of All Time

Since the nineties, the Frat Pack, a comedy group of nine, has consistently released films featuring at least two of its members. The group has been incredibly successful, collectively grossing figures in the billions. They have more successes than they do losses, which makes for any great filmmaking story.Like every other story, the Frat Pack’s isn’t all highs without any lows. While most of their films have done pretty well, some haven’t. These are some of their box office flops:
MOVIES・3 DAYS AGO
24/7 Wall St.

The Best SNL Celebrity Host of All Time

A 24/7 Tempo analysis reveals who is the most popular guest host of Saturday Night Live.
TV & VIDEOS・2 DAYS AGO
San Diego Union-Tribune

After a month at the top of the box office, "Spider-Man: No Way Home" has finally been overtaken by "Scream."
MOVIES・11 HOURS AGO
The Hollywood Reporter

‘Unikorn’ Took Inspiration From Kids’ Movies of the 1980s

For writing partners Don Handfield and Joshua Malkin, the graphic novel Unikorn was a chance to dive into the kinds of stories they loved as kids. Stories of overcoming loss, discovering secret worlds and growing up. The 200-page graphic novel centers on Mae Everhart, a 12-year-old who inherits a horse with a nub in the center of his forehead, which leads her to believe the horse might be a unicorn with a broken horn. Soon, Mae realizes the horse has been kept hidden away in order to keep him from those who would harm him, and she embarks on a mission...
BOOKS & LITERATURE・2 DAYS AGO

Second World War in film: 20 of the best war films ever made

The most striking aspect of the commemorative events marking the 75th anniversary of the D-Day landings on 6 June 2019 was the testimony of the veterans who participated in the conflict and who spoke eloquently and movingly about the events of 6 June 1944.These interviews should be compulsory viewing so people understand the courage and sacrifice of a generation of men and women who displayed the “unconquerable resolve” the Queen spoke about during her speech in Portsmouth.The film world has, of course, brought us many depictions of the Normandy landings and the subsequent battles. You will find a number...
MOVIES・1 DAY AGO
Popculture

Netflix Movie That Shot to No. 1 on Streamer Is Only Available on Hulu in the US

One of the most-watched Netflix movies in the world isn't available on the streamer in the U.S. Mother/Android, a new science fiction movie starring Chloe Grace Moretz, is only streaming on Hulu in the U.S. Even without the U.S. though, it is the second-most-watched movie on Netflix globally. Mother/Android sits...
TV & VIDEOS・7 HOURS AGO
Insider

THEN AND NOW: The cast of the original 'Spider-Man' 19 years later

Nowadays, Maguire has stayed out of the spotlight while costar Kirsten Dunst continues to act. Tobey Maguire portrayed Spider-Man/Peter Parker, whose life as an ordinary teenager was changed after being bitten by a genetically modified spider. While on a field trip to a genetics lab at Columbia University, a spider...
MOVIES・27 DAYS AGO
IndieWire

Director of photography Bruno Delbonnel’s first three collaborations with Joel and Ethan Coen ranged from a comic segment of the anthology film “Paris, Je T’aime” in 2006 to the NYC ’60s-era folk music dramedy “Inside Llewyn Davis” to their hilariously idiosyncratic Western “The History Ballad of Buster Scruggs.” But even having worked with the directors on a range of subject that wide, Delbonnel was still surprised by the next film Joel contacted him about, one he would be directing without Ethan by his side. “He called me one day and said, ‘I want to do this little movie, it’s called ‘The...
MOVIES・2 DAYS AGO
GOBankingRates

The Simpsons, Friends and the Most Profitable TV Shows of All Time

Throughout the years, a multitude of amazing television shows have graced the airways. While some have simply entertained a niche fan base, others have turned into cult classics syndicated for...
TV SERIES・2 DAYS AGO
Insider

Ben Affleck said he had an 'awful' time shooting the 'Justice League' movie: 'It just was the worst experience'

Affleck said working on "Justice League" was hard because of a series of difficult experiences that occurred around the time of production.
MOVIES・8 DAYS AGO
The Hollywood Reporter

Scream is winning the long Martin Luther King Jr. holiday weekend at the box office with a projected four-day gross of $35 million, enough to dethrone Spider-Man: No Way Home. It’s also good enough to revive the classic slasher franchise for Paramount and Spyglass, who partnered on the reboot. Scream‘s three-day domestic weekend gross is an estimated $30.6 million, a strong showing considering the omicron variant and another surge in COVID-19 cases. Overseas, Scream grossed $18 million from 50 markets. The U.K. led with $3.4 million. The film has younger moviegoers — who have been the most inclined to return to theaters —  to...
MOVIES・13 HOURS AGO