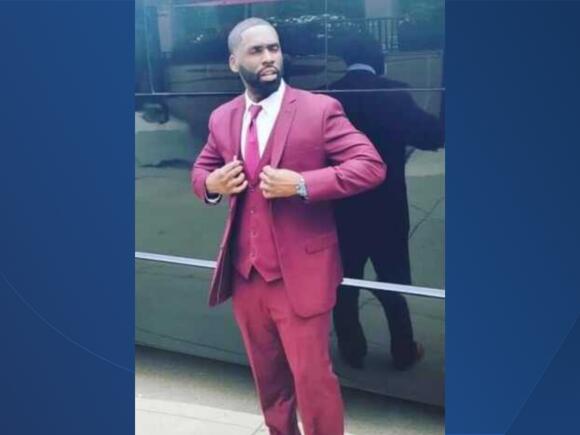 The family of a handyman murdered in Northside said they have received disturbing phone calls from the man they believe pulled the trigger.

Antwan Morris, 34, was shot in the 1700 block of Casey Drive Sunday, succumbing to his injuries at University of Cincinnati Medical Center three days later. The shooting robbed three children of their father and has led to the family receiving calls from the person they said killed Morris — a man they grew up with who has called several of Morris' relatives.

"You keep calling us saying you turning yourself in and you're not," Kelly Morris said.

The shooter left Morris dying outside an apartment Sunday afternoon, family said. Two days later, with recovery fading in a hospital, his mother saw no choice.

One of Morris' cousins quickly spoke up: "Tracey, you made the right decision and everybody over here is in agreement with that."

Cincinnati police did not confirm details of the shooting. Morris' family members said he was called over to an apartment that day, paid through Cash App to replace locks on someone's doors.

"She was in such urgent and dire need to have these locks changed," Tracey Morris said. "He said he could do it real quick and get back and watch the [Bengals] game."

Morris ran his own handyman business called Hangman King. Often, though, his family said he would surprise loved ones with freebies when he knew it would make them smile.

"Any one of them could sit there and tell you that they call Uncle 'Twan, he's coming," Kelly Morris said. "He didn't care what time of day."

Niece Kayleah Morris said Uncle 'Twan did everything for her, planning to paint her room before his death.

"He said, 'Mommy, I'm going to be to my kids what I never had,'" Tracey Morris said.

His family said being a dad meant everything to Morris, so when he did not call to check on his three children for hours, loved ones sensed trouble.

"I started going crazy, like, [his] phone [went] to voicemail," Kelly Morris said. "What's going on?"

Morris' family searched for him until they heard bad news. Witnesses said a man pulled up, confronted and shot Antwan in the stomach.

His loved ones returned to the place Morris was shot Thursday, remembering his life dressed in the Bengals gear he always wore.

"He didn't deserve this," Kelly Morris said. "Why did they do this to my brother?"

The family said the caller promises over and over to turn himself in for the shooting they do not understand. As much as they want justice, Morris' family said they also want to know why it happened.

💔Antwan was an Amazing man and friend of mine like a brother ..he was a talented man who loved his kids and his family. he was the life of the party and EVERYBODY couldn't wait to see him coming. Proud father of 3 kids and was rasing his son BY HIS SELF from birth.Antwan was the best Father ever ,hands on,strong, super happy, loving and super funny 😄 if only you knew him smh😭😭😭. he was a joy and pure blessing on earth who would help anyone. I always called him for advice, a laugh and a smile. If u didn't know him you truly missed out on knowing an awesome person. his WHOLE family is beyond hurt they lost a pure treasure 😭😭he protected and loved his kids mom and sisters. I'm so hurt behind this and haven't been sleep in days 😭😭😭💔💔Took this man away from his Kids man 😭 he was the BEST FATHER EVER TO HIS KIDS .R.i.p Twan I love you friend.im so sorry this happened to you im hurt and heart 💔.

🙏🏾 for the family. He was so loved. They are really having a tough time. He was a great man 💜.

The owner of the burglarized store is offering a $10,000 reward for information, in addition to the $12,500 reward already being offered by the ATF. Police estimate roughly 30 firearms were stolen from the store on Jan. 15, when thieves broke in.
MIDDLETOWN, OH・4 HOURS AGO
WCPO 9 Cincinnati

The Bureau of Alcohol, Tobacco, Firearms and Explosives has announced a reward of $12,500 for information that leads to the arrest and conviction of multiple people who burglarized a gun store Saturday morning.
MIDDLETOWN, OH・2 DAYS AGO
WCPO 9 Cincinnati

CPD: 1-year-old safe, will be returned to father

A Middletown woman accused of shooting and killing her sister in December 2021 remains incompetent to stand trial after a month of psychological counseling
MIDDLETOWN, OH・3 DAYS AGO
WCPO 9 Cincinnati

Crews from the Cincinnati Fire Department responded to a house fire on Outlook Avenue on Thursday morning.
CINCINNATI, OH・4 DAYS AGO
WCPO 9 Cincinnati

2 hospitalized after crash in Mount Auburn

A spokesperson for West Chester Township said a man aged 20-30 was hit on Cincinnati-Dayton Road on Saturday evening. Officials have not released his identity.
WEST CHESTER TOWNSHIP, OH・6 DAYS AGO

In a Facebook post Monday the department cautioned residents about the investigation of two overdose deaths in which the victims unknowingly consumed fentanyl.
MAYSVILLE, KY・6 DAYS AGO
WCPO 9 Cincinnati

According to police, officers responded to a report of a double-shooting around 7:15 p.m. in the 1600 block of Anita Place.
CINCINNATI, OH・9 DAYS AGO
WCPO 9 Cincinnati

At least six people were on the plane when it was forced to land.
CINCINNATI, OH・8 DAYS AGO