Greg McMichael Reportedly Bragged About Having Ahmaud Arbery ‘Trapped Like A Rat,’ According To Testimony 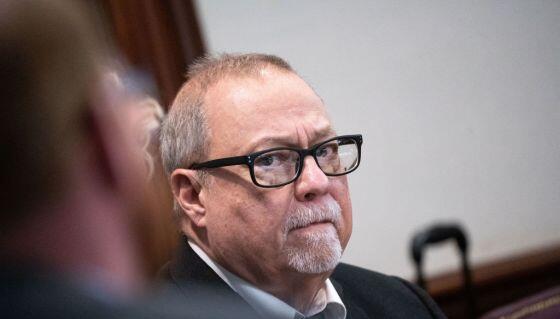 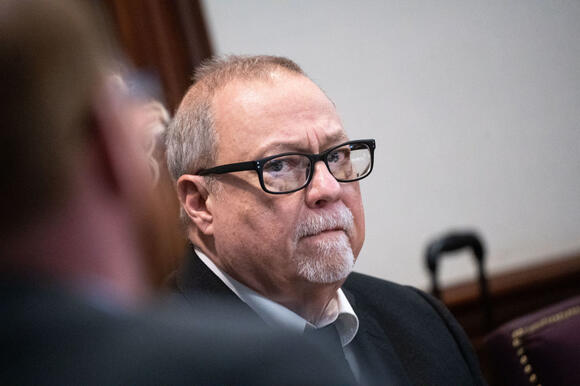 S o far, the more testimony we hear in the murder trial of Greg and Travis McMichael and William “Roddie” Bryan, the three men accused of hunting down and killing Ahmaud Arbery, the clearer it becomes that these were not men who were simply seeking to keep their Georgia neighborhood safe; they appear to be just a trio of hillbillies playing “cops and negroes” with a Black man who was trying desperately to escape a modern-day lynching.

Fox 24 reported that on Wednesday, Glynn County police Sgt. Roderic Nohilly testified that when speaking with the elder McMichael at police headquarters after the shooting, Greg told him Arbery “wasn’t out for no Sunday jog. He was getting the hell out of there.”

Nohilly also read transcripts of their conversation in court that made Greg almost appear to be bragging about his redneck Avengers squad chasing Arbery around and preventing him from leaving.

“He was trapped like a rat,” Greg said, according to the transcript. “I think he was wanting to flee and he realized that something, you know, he was not going to get away.”

“He had an opportunity to flee further, you know?” Greg continued. “We had chased him around the neighborhood a bit, but he wasn’t winded at all. I mean this guy was, he was in good shape.”

Based on this conversation —which, frankly, is giving big slave patrol vibes—it’s clear these white men really believed that white authority and Black compliance are the way of the world and that there was no way they’d ever be charged with crimes just for hunting down a negro who wouldn’t do what he was told. Of course, the fact that no one was arrested until more than two months after the shooting —along with the fact that local authorities appeared to be protecting these Klan-ish vigilantes—only served to reinforce this belief.

Then there’s the McMichaels’ defense team, who appear to be dead set on forming a narrative around their clients that completely ignores the fact that these men are not police officers.

Attorney Franklin Hogue asked Nohilly if he believed raising a gun would be an appropriate response to a fleeing suspect who refused verbal commands to stop.

“You’ll sometimes draw your weapon, won’t you?” Hogue asked, to which Nohilly replied, “I don’t just pull my gun.”

Hogue continued to fish around for the answer he was looking for and got to the point where he wasn’t even asking his questions in the form of a question anymore.

“At some point, if the person is going to attack you, you’ll go ahead and use your weapon,” he insisted, to which Nohilly replied, “It depends on how he’s attacking me.”

Hogue finally got the answer he was reaching for when he asked what if the “attacker” was trying to take his gun away.

“At that point, it might meet the threshold, yes,” Nohilly said.

Hogue, of course, was talking to a cop about what men who aren’t cops had the right to do because the defense is arguing the now-repealed citizen’s arrest law gave them the authority. But that law required reasonable suspicion of someone committing a felony before they could be detained and, according to CNN , Glynn County Police Detective Parker Marcy testified Tuesday that Greg told him he never actually saw Arbery commit a crime. There’s also the fact that, as we previously reported, Bryan, the defendant who joined the chase after the McMichaels initiated it, never invoked citizen’s arrest that day.

So yeah —it’s clear Arbery was a victim, not a suspect or an attacker, and it’s clear Bryan and the McMichael’s were a bunch of yokels on a power trip, not citizens watching over their community. Let’s just hope the overwhelmingly white jury sees it that way.

This is so disgusting. Why can't people just live?? We all are human and we all bleed red! Just mind your own business. Watching George Floyd's murder and watching Ahmaud Arbery fighting for his life for jogging! FOR JOGGING! Seeing him stumble and fall to the ground was heartbreaking! Nobody should have to feel afraid for going about their day. I send my love and prayers for all the families that have lost a member due to ignorance!🙏🙏🙏🙏🙏🙏🙏

They are so guilty, however the jury is so biased already they are going to let these murders off with a slap on the wrist. They deserve to be in jail, and see how they feel being 'trapped like a rat'.

Hope these 3 are trapped in a prison cell like rats in a trap for life ! Specially in their own states correctional system it’s the worse,

BRUNSWICK, Ga. — Ahmaud Arbery’s father is speaking out about a Houston County deputy’s recent comment on a Macon television station’s Facebook page. Earlier this month, Deputy Paul Urhahn wrote “that criminal Arbery still got the death penalty though” underneath a story about Arbery’s three killers being sentenced to life in prison for his murder.
HOUSTON COUNTY, GA・8 DAYS AGO
The Atlanta Journal-Constitution

A Middle Georgia deputy has been suspended without pay after a comment he reportedly made on social media last week about Ahmaud Arbery’s murder. Houston County Deputy Paul Urhahn, a 20-year veteran of the department, faces termination after reportedly calling Arbery a criminal who got the death penalty. The...
HOUSTON COUNTY, GA・13 DAYS AGO
iHeartRadio

County officials reported that security around and inside the courtroom during the November trial cost over $1 million.
BRUNSWICK, GA・4 DAYS AGO
Newsweek

A Georgia sheriff's deputy is set to be fired from his job on January 20 over a Facebook comment calling Ahmaud Arbery a "criminal" who "got the death penalty."
PUBLIC SAFETY・12 DAYS AGO

A Georgia sheriff's deputy who was suspended over comments he made about the murder of Ahmaud Arbery resigned from his position. Former Houston County Sheriff’s Deputy Paul Urhahn wrote in a letter of resignation that he was stepping away over the department's handling of the incident. In the letter,...
HOUSTON COUNTY, GA・4 DAYS AGO
Hot 107.9

Before he finally recused himself from the case, Barnhill wrote a letter claiming the evidence supported the actions of the McMichaels.
GEORGIA STATE・7 DAYS AGO
westwoodhorizon.com

Kyle Rittenhouse and Ahmaud Arbery: Why Relating These Two Cases Misses The Point

When I first started researching the cases of Ahmaud Arbery and Kyle Rittenhouse, my opinion was not what it is now. I believed these cases were very similar and highlighted the courts’ handling of proceedings immersed in the public eye. What I didn’t realize was that the complexities of these cases span far beyond what a quick Google search would uncover. Both of these cases contain different biases that may shift the perspective greatly. It’s important to reach your own conclusions and take everything with a grain of salt. The closest thing you could relate to both of these cases was a prevalent theme of gun violence. In both cases, the assailants used guns as a means of killing the victims. Beyond that, the similarities stop.
PUBLIC SAFETY・12 DAYS AGO
Pride Publishing

Three White men who murdered Ahmaud Arbery last year in Georgia were sentenced Friday to life in prison, and the judge denied parole to the father and son who armed themselves and hunted down the 25-year-old Black man. According to the Associated Press: “Murder carries a mandatory sentence of life...
PUBLIC SAFETY・10 DAYS AGO

BRUNSWICK, Ga. — The trial of three white men who chased and killed Ahmaud Arbery cost local taxpayers $1.08 million for security and other expenses related to the high-profile case, which sometimes drew large crowds to the courthouse but resulted in no violence. Commissioners in coastal Glynn County, Georgia,...
BRUNSWICK, GA・4 DAYS AGO
Merced Sun-Star

A Georgia sheriff’s deputy has been suspended “pending termination” after he was accused of posting a social media comment that called slain jogger Ahmaud Arbery a “criminal.”. Arbery, who was Black, was chased on a neighborhood street and killed by three white men, who were convicted...
LAW ENFORCEMENT・14 DAYS AGO
News4Jax.com

BRUNSWICK, Ga. – News4Jax learned on Monday how much security and preparations for the trial of the three men who murdered Ahmaud Arbery cost Glynn county taxpayers. The cost for security during the trial came out to just over a million dollars, and the county is now looking ahead to the federal trial which begins in early February.
BRUNSWICK, GA・6 DAYS AGO
wtoc.com

GLYNN COUNTY, Ga. (WTOC) - Three men are now convicted and sentenced to life in prison in the murder of Ahmaud Arbery. They await a federal trial in February on hate crime charges. But there is another pending criminal case connected to Arbery’s killing. WTOC Investigates has an update...
GLYNN COUNTY, GA・1 DAY AGO

ATLANTA — The world watched as three men were convicted in the killing of Ahmaud Arbery. But the case could have turned out very differently had it not been for a team of dedicated detectives from the Georgia Bureau of Investigation. Channel 2 Action News has the case from...
ATLANTA, GA・11 DAYS AGO
BET

A Georgia sheriff’s deputy whose social media comment about Ahmaud Arbery ignited a firestorm resigned under the threat of getting fired. Local station WGXA obtained former Houston County Deputy Paul Urhahn’s Jan. 16 resignation letter. In it, the 20-year law enforcement veteran stepped down without formally apologizing for what he described as “a very unfortunate series of events” that occurred during his “off-duty time while exercising my constitutional right to free speech.”
GEORGIA STATE・4 DAYS AGO
CBS Pittsburgh

CORAOPOLIS, Pa. (KDKA) – People gathered outside of Magisterial District Court in Coraopolis to show their support for a 9-year-old girl named Dezi who fought back when a stranger tried to drag her from her bus stop. Forty-year-old William Gorring was inside Magisterial District Judge Michele K. Santicola’s courtroom for his preliminary hearing on Tuesday. Gorring entered a not guilty plea on all six charges and the charges were held for court. He had nothing to say as he left the courtroom. “We’re just here to bring awareness to the issue and to support Dezi because she is an amazing little girl...
CORAOPOLIS, PA・11 HOURS AGO
Black Enterprise

A Long Island couple has been charged with hate crimes and child endangerment after launching an unprovoked verbal attack against a biracial couple and their 10-year-old son on a commuter train. According to WNBC, the incident occurred as Liz Edelkind, who is Afro-Latina, was heading home from a Knicks game...
SOCIETY・2 DAYS AGO

Man who shot two NYPD officers, killing one, has died

The man who shot two New York City police officers in a Harlem apartment, killing one of them and leaving another in critical condition, died Monday of injuries sustained when a third officer shot him
NEW YORK CITY, NY・1 DAY AGO
RNB Cincy 100.3

Three Sharon Hill police officers have been charged with the death of 8-year-old girl Fanta Bility,
SHARON HILL, PA・6 DAYS AGO
The Independent

Chinese teen sold by his birth parents, rejected by them again and bullied online found dead on a beach

A Chinese teenager sold by his birth parents as a child and later abandoned by them after a recent reunion has allegedly died by suicide.Liu Xuezhou, 17, was found dead on a beach in the southern Chinese island province of Hainan on Monday morning. The teenager had left a note on Weibo, the Chinese social media equivalent of Twitter. Local police in Sanya city launched a search operation after they were alerted by the public, the South China Morning Post reported.His story grabbed nationwide attention when he shared a video on 6 December last year in which he sought help...
HOMELESS・17 HOURS AGO
RNB Cincy 100.3

James Ianazzo was arrested and charged with intimidation based on bigotry or bias after a viral video showed his violent and racist confrontation with teenage workers in a Robeks smoothie shop in Fairfield, Connecticut.
FAIRFIELD, CT・2 DAYS AGO