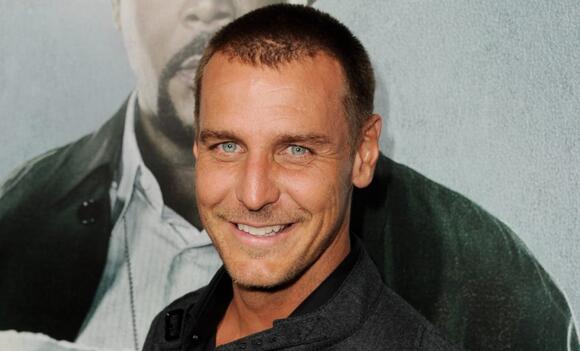 ( WGN ) — A long-time star of “General Hospital” has been fired after declining to comply with the production’s COVID-19 vaccine mandate, according to Variety.

Ingo Rademacher’s last episode on the ABC soap opera is scheduled to air on Nov. 22. He has played the character Jasper “Jax” Jacks on General Hospital since 1996.

Rademacher has been vocal about his anti-vaccination stance. On Sunday, he shared an anti-vax message on Instagram that read, “I will stand with you to fight for medical freedom.”

In August, when a group of “General Hospital” fans called for this termination after he spoke about his stance, he called them “morons, dictators and horrible, horrible” people, Deadline reported.

News of the actor’s departure comes amid backlash after he shared a meme with a picture of U.S. Assistant Secretary of Health Rachel Levine, who is transgender, and referred to the picture as “that dude on the left.”

According to Variety, the meme had originally been posted by a conservative commentator.

The actor said he supported the author’s intent to, in his words, “highlight the hypocrisy of the left-wing media.”

In a video posted to Instagram on Monday, Rademacher apologized and said he should have crossed out the word “dude” in the meme and said that those were the author’s words, not his.

He also said in the video that he would comment on his “General Hospital status” later.

the transgender person on this show is a man in a dress with.makeup.Back.in the day,we called them drag queens.Ingo.has a right to express his opinion,if the snowflakes get offended,gee... that's too bad!

no I'm going to miss Jasper jacks he's a cool dude very well liked in the soap opera for many years.easy on the eyes also and I believe that we should all have freedom of our rights and I respect he did that's his only right

CAMBRIA COUNTY, Pa. (WTAJ)– Another person has died due to the extreme winter weather in Cambria County this week, according to Cambria County Coroner Jeff Lees. Daryl Lewis, 63, of Johnstown was found dead due to hypothermia on his steps outside his apartment, located at the 100 block of Adams Street, by another occupant of […]
CAMBRIA COUNTY, PA・1 DAY AGO
WKBN

Do you know what it means when a Waffle House cook places an upside-down mayo packet on the plate?
RESTAURANTS・1 DAY AGO
WKBN

Ian Alexander Jr., the only child of award-winning actor and director Regina King, has died. He turned 26 on Wednesday.
CELEBRITIES・1 DAY AGO
SheKnows

Port Charles has been rocked by the pandemic once again. With Omicron out in the world, COVID, it seems, is the gift that no one wants but that keeps on giving regardless. General Hospital‘s Kirsten Storms (Maxie) spent the holidays battling it, and the show itself just recently returned from an extended holiday hiatus as ABC tried to tamp down the latest surge and keep it from running out of control of the network’s shows. With the news that Kelly Thiebaud has COVID, it seems like they might not have been quite as successful as they would’ve hoped.
TV & VIDEOS・10 DAYS AGO

Who plays Terry on General Hospital? Get to know transgender star Cassandra James

Cassandra James is an American-Canadian actress who is widely recognised for her role in the ABC soap opera General Hospital. She plays the recurring role of a transgender doctor and landed the role in June of 2018. Fans want to know more about the rising star who plays Terry so let’s meet Cassandra James.
CELEBRITIES・4 DAYS AGO
SheKnows

General Hospital Co-Stars Team Up to Shed Light on a Difficult Experience: ‘The Shame I Felt Was Overwhelming’

Even off screen, Hayden and Finn had a profound effect on one another. Big props to Rebecca Budig for speaking her truth. “I had my daughter seven years ago,” she shared on Instagram on January 14. “When she was about five months old, I was diagnosed with postpartum depression and anxiety.
TV & VIDEOS・9 DAYS AGO
Concord News Journal

Conspiracy theorist who spread fake news about Covid-19 on her streaming channel refused vaccine, contracted the virus and died in hospital after refusing treatment

Fake news and misinformation about the Covid-19 virus and the vaccines seem to be one of the major problems in the country since a decent number of vaccine hesitant people rely on this news when deciding whether to get vaccinated against the virus or not. When it comes to Omicron,...
PUBLIC HEALTH・4 DAYS AGO
Fortune

Never miss a story: Follow your favorite topics and authors to get a personalized email with the journalism that matters most to you. As COVID-19 infections continue to escalate in the new year, some patients have been reporting a strange new symptom: night sweats. Commonly associated with other conditions like...
PUBLIC HEALTH・20 DAYS AGO

The 52-year-old former anti-vaxxer who reportedly bragged he was a hero for refusing to get vaccinated is now urging people and other vaccine skeptics not to follow his lead after the killer virus left him fighting for life in hospital. He reportedly turned his back on getting a life-saving injection, but after contracting Coronavirus just before Christmas now says he wishes he’d had the COVID-19 vaccine.
PHARMACEUTICALS・13 DAYS AGO
Radar Online.com

Bob Saget’s suspected cause of death has been revealed and cops believe the late comedian “suffered a heart attack or a stroke” due to the circumstances in which they found his body. Article continues below advertisement. According to Daily Mail, authorities that arrived at Saget’s Ritz-Carlton hotel...
CELEBRITIES・12 DAYS AGO
SheKnows

Although the royal kids are like any other children in so many ways, there are certainly some notable differences — prospective future crowns not included. A royal insider just revealed that Princess Charlotte, who attends the same posh private school in London as her older brother, Prince George, reportedly isn’t encouraged to have a best friend in class — and it’s all in the spirit of inclusion. Jane Moore, co-host of the UK talk show Loose Women, has revealed that the six-year-old daughter of Kate Middleton and Prince William doesn’t have a BFF at school, according to UK outlet The Sun....
ENTERTAINMENT・18 DAYS AGO
DesignerzCentral

As the former President of the United States of America, Barack Obama has endured his fair share of emotional times, but nothing could prepare him for how he would feel when his daughter Sasha was delivered a heartwrenching health diagnosis.
CELEBRITIES・11 DAYS AGO

Janelle Brown has been reflecting on her relationship with Kody Brown. In the latest episode of Sister Wives, Janelle spoke to Robyn about the growing tension in the family, as they've been clashing over Kody's strict guidelines amid the COVID-19 pandemic. Robyn admitted to Janelle during the Sunday, January 16,...
RELATIONSHIPS・6 DAYS AGO
The US Sun

THE bulked-up dog believed to be the world's "strongest" pup was born with a genetic mutation that gave her a bulging 24-pack and muscles like Arnold Schwarzenegger. But just like The Terminator star, Wendy the whippet was a gentle giant. Born with a rare genetic mutation, Wendy was twice as...
PETS・4 DAYS AGO
The US Sun

KELLY Clarkson's ex-husband Brandon Blackstock is now a grandfather as his daughter Savannah has welcomed a child. The American Idol alum filed for divorce from Brandon back in June 2020. Savannah took to Instagram to share a snap of newborn footprints as she captioned the sweet photo: "January 17, 2022."
RELATIONSHIPS・2 DAYS AGO
The Week

Rock star Meat Loaf reportedly died at 74 after contracting the coronavirus and becoming seriously ill. The singer, known for hit albums like Bat Out of Hell and appearances in films like Fight Club and The Rocky Horror Picture Show, died Thursday night, his agent confirmed. On Friday, TMZ reported that earlier this week, Meat Loaf was scheduled to attend a business dinner for a show he was working on, but he had to cancel because he "became seriously ill with COVID." His condition "quickly became critical," the outlet said.
PUBLIC HEALTH・2 DAYS AGO
Daily Mail

Christina Aguilera released her second Spanish-language project on Friday, which comes almost 22 years after her first one. The 41-year-old pop star's EP La Fuerza follows 2000's Mi Reflejo, and features the singles Pa' Mis Muchachas, Somos Nada, and the latest, Santo. The siren took to Instagram to share her...
CELEBRITIES・2 DAYS AGO
DesignerzCentral

Kim Kardashian and Pete Davidson are some of Hollywood’s most famous couples. Everyone knows how Kanye West feels, but nobody seems to be asking how Davidson’s family is dealing with this media circus. One report says Amy Davidson, Pete’s mother, detests Kardashian already. Gossip Cop investigates.
CELEBRITIES・2 DAYS AGO
Popculture

Good Morning America is down another anchor in the studio this week as the omicron variant of COVID-19 spreads rapidly throughout the country. Anchor Robin Roberts shared that she had tested positive for the virus just hours after co-star Amy Robach announced her own positive test. Roberts, who didn't appear in the studio this week, took to Twitter to share the latest on her health.
TV & VIDEOS・2 DAYS AGO
Newsweek

"I will just say that he was simply larger than life and I will miss him every day for the rest of mine," Meat Loaf's daughter, Amanda Aday wrote on Facebook.
CELEBRITIES・2 DAYS AGO