Kubbra Sait shares a special note on her character in ‘Foundation’ 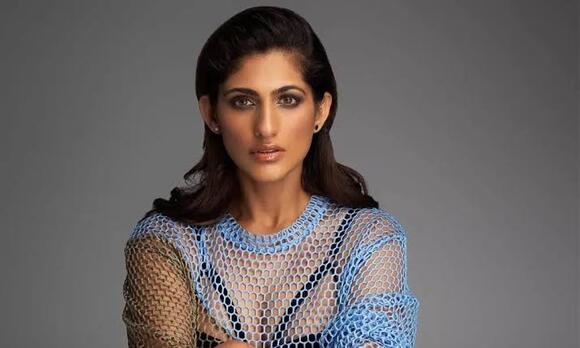 Mumbai, Nov 9 (SocialNews.XYZ) Actress Kubbra Sait recently made her international debut with Apple TV+ series 'Foundation' where she plays the character of 'Phara Keaen', an intense and fierce huntress.

The audiences were flabbergasted at her new avatar as they applauded her acting prowess, her character's get up, the action sequences and her chemistry with co-star Leah Harvey.

Overwhelmed with the response to the show, the actress took to her social media as the f......

King Charles III hasn't shut down the idea of giving Prince Harry's children royal highness status, but he wants something in return. RadarOnline.com has learned Britain's 73-year-old monarch is willing to bestow Harry and Meghan Markle's kids — son Archie, 3, and daughter, Lilibet, 1 — with prince and princess titles but only if he knows he can "trust" the Duke and Duchess of Sussex.
U.K.・6 DAYS AGO
RadarOnline

Billy Ray Cyrus may soon be heading down the aisle again as he is reportedly engaged to much younger singer Firerose months after his estranged wife, Leticia "Tish" Cyrus (née Finley), filed for divorce, RadarOnline.com has learned. The Australian-born performer was spotted wearing a massive diamond ring, fueling rumors...
RELATIONSHIPS・7 HOURS AGO
Soaps In Depth

Ryan Paevey Opens up About Returning to GENERAL HOSPITAL (EXCLUSIVE)

These days, former GENERAL HOSPITAL star Ryan Paevey (ex-Nathan) is keeping pretty busy filming made-for-television movies under his multi-picture deal with Hallmark Channel. With the dozen or so movies the actor has made for the network since 2015, GH fans who miss seeing Paevey in Port Charles can often instead see his handsome face on the cable network. But will there ever come a day when Paevey returns to his soap opera roots?
CELEBRITIES・1 DAY AGO
BGR.com

The end of the month is upon us, which means a few different things for Netflix fans eager to stream the newest hits on the service like the just-released movie Blonde and hit TV series like Ryan Murphy’s Dahmer. Content like those titles, of course, is constantly being added to the incomprehensibly large library of shows and movies that already exists for the streamer’s subscribers to binge. But plenty of titles are also leaving Netflix, too — and in short order.
TV SHOWS・25 MINUTES AGO