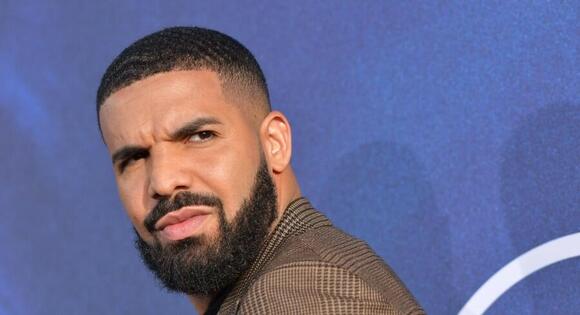 Drake's doppelganger is back at again , and this time around, he's taking on the rapper's music. Over the weekend, Drizzy fans spotted "Fake Drake" performing Drizzy's songs at a club in Miami. In one of the clips, the Certified Lover Boy impersonator took the stage to perform Drake's 2012 hit Trophies”, while in the second video he showed off his skills to the 6 God's viral hit “Way 2 Sexy.”

Sources say that Drake imitator could be embarking on a club tour to capitalize off his viral success. No word on if that's true (or legal), but "Fake Drake" is not ashamed to reveal his true self behind the Drizzy persona. Just last week, the now infamous doppelganger hit up Club Miami to celebrate the real Drake's 35th birthday and hopped on the stage to expose details of his real self aside from the Internet gimmicks. He shared on the mic

“Is it really Drizzy? Nah, you dizzy. I’m from Toronto. I came here six days ago and I blew up. Tory Lanez posted me in his story. So we just riding this shit, it’s all part of God’s plan’.”

Clearly, with success comes a slew of impersonators. Last month, one young man went viral after being mistaken for Drake while rocking the 6 God's signature heart engraved hair cut and full beard.

Real Drake has yet to speak on out about his doppelganger, but judging by his hilarious social media troll session with Nav back in September, he's fully in on the joke.

Aside from the Internet noise, Drake in basking in the success of his album Certified Lover Boy landed at number one for the fifth week. Congrats, Drizzy!

Travis Scott’s Fans Petitions For Rapper To Perform At Coachella

Travis Scott's fans started a petition to reclaim his spot back as the headliner at Coachella.
CELEBRITIES・8 HOURS AGO
iHeartRadio

The Queen is back
CELEBRITIES・1 DAY AGO
kiss951.com

Lexi’s Listens is a new weekly post I’ll do with the songs I’ve been singing to nonstop! My hope is that if you’ve never heard of these, you might discover some new hits to listen to. Like that Nick Jonas song with Ty Dolla $ign that I haven’t listened to until now! What a banger.
MUSIC・4 DAYS AGO

Drake, Eminem Among Rapper's Homes With Most Google Searches

One common thread amongst the biggest rapppers in the game is their propensity to brag about their wealth and extravagant belongings. They have line after line about cars, jewels, designer clothes, and their decadent living conditions. Naturally, listeners and fans' curiosty tends to get the better of them. With the accessibility given to anyone with the internet these days, it's quite easy for them to find out how rappers are living.
1 DAY AGO
iHeartRadio

Check out the sweet moment
MUSIC・10 HOURS AGO
iHeartRadio

Tom Morello's Top 'Career Highlight' Is Not What You'd Expect

During the height of The Notorious B.I.G.’s beef with Tupac, many incidents transpired that have since been well documented. However, Lil Cease recently revealed a few things most hadn’t previously known from that hostile era, including details regarding an unreleased Tupac diss titled “The Ugliest.” On Tuesday (Jan. 25), The Art of Dialogue released an interview with Cease in which he spoke on the J Dilla-produced track. “Big wasn’t really tryna do diss songs to Pac,” the former Junior M.A.F.I.A. member explained. “I mean, he was making it aware. Little lines he may say in certain songs and situations like that […] but...
CELEBRITIES・1 DAY AGO
Radar Online.com

It looks like Kim Kardashian isn't the only woman Kanye West and Drake have in common. The Canadian reportedly dated his former archenemy's girlfriend Julia Fox nearly two years before Ye. Article continues below advertisement. According to Page Six, Drake and Julia had a secret romance back in 2020 pre-pandemic.
RETAIL・3 HOURS AGO
hotnewhiphop.com

Young Thug is one of the most recognizable stars in the rap world right now. From his looks to his voice, Thug is someone who has always set himself apart from his peers. His unique style has ultimately allowed him to be one of the most successful artists in the game and moving forward, fans cannot wait to see what else he is able to do with his sound and movement.
CELEBRITIES・1 DAY AGO
wedr.com

After Jay-Z boasted two weeks ago, "No one can stand on that stage with me" in a Verzuz battle, now T.I. is claiming that he's the best MC. "Ain't nobody f***in with me, No one," the three-time Grammy winner said in an Instagram video. "To the point, they don't want to be on the same record with me because they know they can't f*** with me."
CELEBRITIES・11 DAYS AGO

Lauv Is Back With Brand New Single '26'

'26' marks his first release of 2022 and is the first single off his highly anticipated second full-length album.
MUSIC・7 HOURS AGO
Bossip

33-year-old “Easy on Me” singer Adele “barely rehearsed,” for her Las Vegas residency, instead she was allegedly “shouting and sobbing” while talking on the phone with her sports agent boyfriend Rich Paul, 40 according to a PageSix report — but was he actually caught CHEATING???
CELEBRITIES・2 DAYS AGO
Rolling Stone

FKA Twigs embraces a classic throwback aesthetic in the new music video for “Jealousy,” a track featuring Rema off her recent mixtape, Caprisongs.  The video, directed by Aidan Zamiri, has a late-Eighties/early-Nineties feel, jumping between sequences of FKA Twigs performing the song and dancing alongside a small troupe, and black-and-white footage of Rema delivering his verse solo. The choreography in the clip was handled by Twigs’ regular collaborator, Kash Powell.  “Jealousy” is the latest Caprisongs track FKA Twigs has released a music video for, following “Meta Angel” and “Tears in the Club,” her collaboration with the Weeknd. Caprisongs was released Jan. 14...
CELEBRITIES・2 DAYS AGO
iHeartRadio

“THIS! This is why I’d still be Doin’ This if I wasn’t Doin’ This!”
MUSIC・9 HOURS AGO
hotnewhiphop.com

Pusha T, the 44 year old rap artist and coke bar connoisseur, is fully in the swing of promo for his upcoming album. Throughout the back half of January, Push has been seen at events during Paris' Fashion Week 2022. In that time, he released a handful of snippets, promotional images, and had a song featured at NIGO's Kenzo F/W22 fashion show. The slight glimpses into what Push has been cooking up was enough to get fans excited for what he's releasing next.
MUSIC・10 HOURS AGO
People

Ben Affleck Says His Daughters Could Hardly Speak When They Met Taylor Swift: 'They Clam Up'

Despite having a famous father, Ben Affleck's kids still get starstruck by their favorite celebrities. On Monday's episode of The Kelly Clarkson Show, the 49-year-old recalls the moment he took his two daughters to meet Taylor Swift, sharing that they were so starstruck they could barely speak. The Argo star...
CELEBRITIES・25 DAYS AGO
The US Sun

FANS are buzzing about Jordyn Woods, speculating that she may be expecting a baby with boyfriend Karl-Anthony Towns after she posted a photo of tiny shoes amid Khloe Kardashian's latest drama. The Keeping Up With the Kardashians alum and Kylie Jenner's former BFF have been at odds since it was...
BEAUTY & FASHION・2 DAYS AGO
Cosmopolitan

Khloé Kardashian has addressed the fact Tristan Thompson fathered a third child, with a subtle Instagram caption. Last month, basketball player Tristan made headlines when personal trainer Maralee Nichols alleged she had given birth to his child, after getting pregnant while he was in a relationship with Keeping Up With The Kardashian's Khloé.
NBA・1 DAY AGO