From Paulo Fonseca to Graham Potter – who could replace Nuno as Tottenham boss? 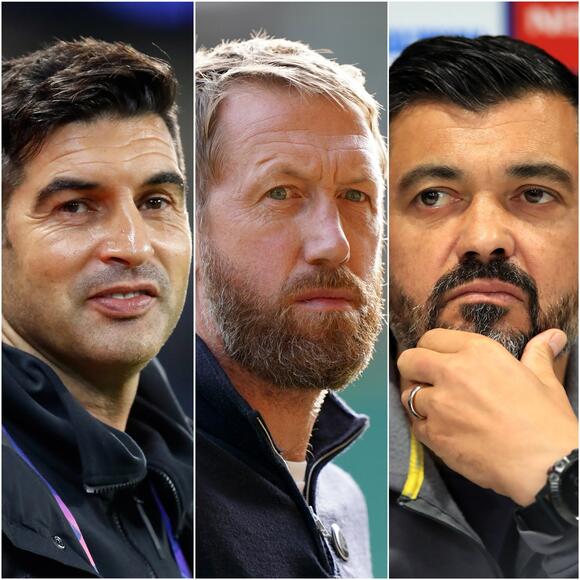 Nuno was only hired in the summer after a drawn out managerial search saw the Premier League club fail to land a number of candidates.

Here, we look at who club chairman Daniel Levy and managing director Fabio Paratici might target this time. 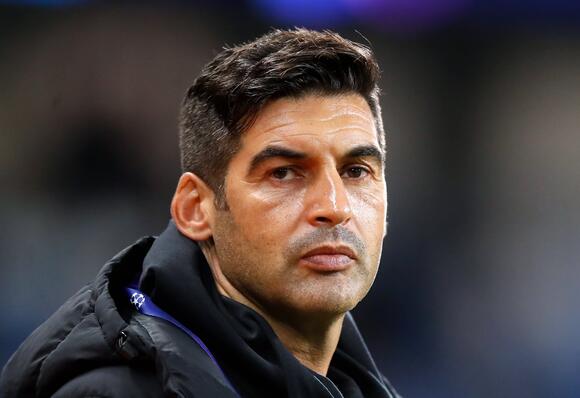 The former Roma boss was heavily linked with Spurs in the summer and his wife suggested on Instagram that the family were ready to move to London. Despite that falling through, the north London club could go back for the Portuguese, who has also managed Shakhtar Donetsk. Levy would have to move quick, though, with the 48-year-old also linked with the vacant Newcastle job. 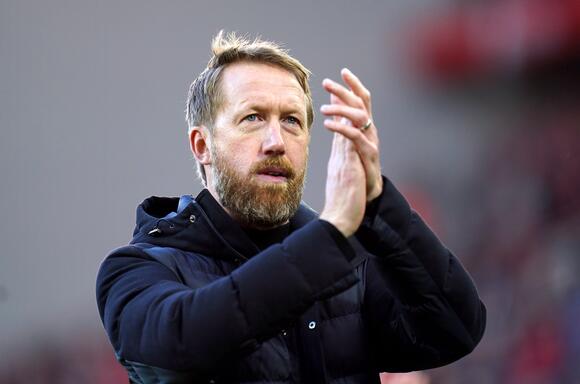 Potter continues to receive praise for the job he has done at Brighton, who sit above Tottenham in the Premier League table. The former Ostersunds and Swansea boss has been linked with a move to a club with more resources than Brighton, but Spurs may struggle to convince Potter to leave his ongoing project on the south coast mid-season. 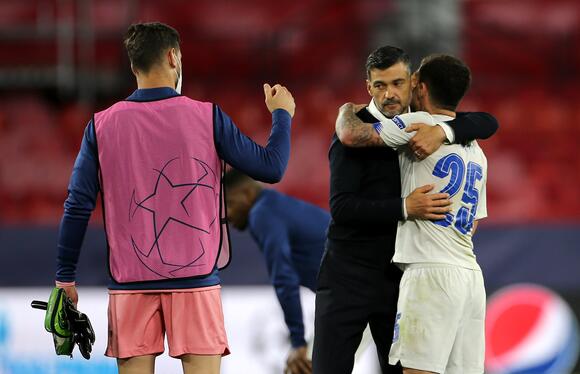 Tottenham could look to the continent and Porto’s boss Conceicao. The former Portugal international has won two league titles with the club and has them sitting top of the table this season. The 46-year-old impressed with his side’s run to the quarter-finals in last season’s Champions League, when they knocked out Juventus, and could be ready to move on. 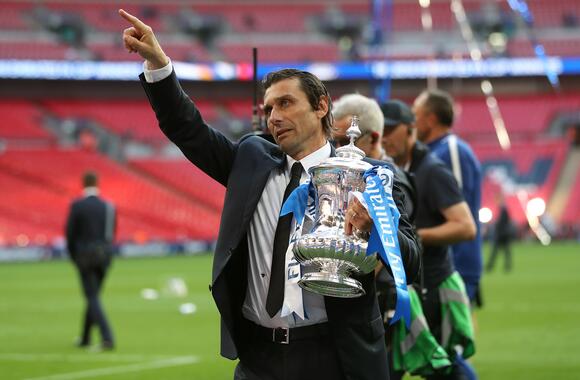 A fine tactician and forceful personality, the Italian has a knack of ending successful stints by falling out with those above him. The 52-year-old’s first big managerial break came at Juventus, who he led to three Serie A titles. Conte went on to mastermind Chelsea’s Premier League win in 2016-17 and the following season’s FA Cup success, before returning to management with Inter Milan and taking them to last season’s Serie A crown. He left in the summer. It remains to be seen if Tottenham could convince him to take the job after talks broke down in the summer over the Italian’s demands. 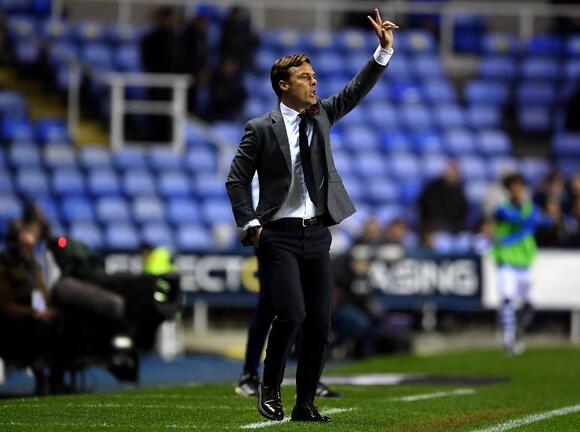 Former Spurs midfielder Parker has made a flying start to his time at Bournemouth. After leaving Fulham following their relegation from the Premier League, Parker switched to the Cherries, who sit top of the second tier – five points clear of his former team in second. A manager whose top-flight experience involves two relegations may not ordinarily excite Spurs fans, but his past spell as both a player and coach in north London would make him more appealing. 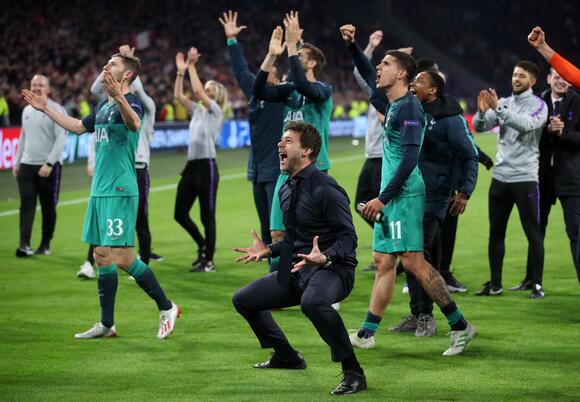 A Pochettino return was explored in the summer, but he remained with Paris St Germain who have since added Lionel Messi to their squad. The man who led Spurs to their only Champions League final is highly unlikely to leave the French capital mid season, but if Levy and Paratici are patient and stay with a caretaker until the end of the campaign, they could look to secure an emotional reunion in time for next season.

Gianluca Scamacca came off the bench to give West Ham a 1-0 win at Anderlecht and put them in firm control of Group B in the Europa Conference League.The Italian scored with a clinical finish to make it three wins from three matches of the third-tier competition for the Londoners and effectively put one foot in the knockout stages.It needed the £35m signing to do the damage nine minutes after coming on, but the Hammers could have had it wrapped up long before that in Belgium.David Moyes’s side wasted a host of chances, with Said Benrahma guilty of several glaring...
SOCCER・54 MINUTES AGO
Fox News

Lionel Messi says 2022 World Cup will be his last

Lionel Messi has not won a World Cup despite an illustrious career – but no matter what happens with his Argentina team next month, this World Cup will be his last.
SOCCER・9 MINUTES AGO
The Independent

Arsenal will host Bodo/Glimt in the Europa League on Thursday night and in the build-up there has been talk on how one Gunners star almost signed for Liverpool.Reds boss Jurgen Klopp has detailed how he tried to bag Martin Odegaard, who signed for Arsenal at the start of last season after a loan spell.“I really like him [Odegaard]. It’s easy these days,” Klopp told TV2. “It was a bit more difficult at the start of his career when he was at Real Madrid. Then it looked like it might not go his way. I was really disappointed by that,...
PREMIER LEAGUE・1 HOUR AGO
The Independent

Manchester United are hoping to get back to winning ways after a bruising 6-3 defeat to Manchester City on Sunday. They travel to Cyprus to face off against Omonia in their third Europa League fixture and could do with a win to secure their place in Group E. An opening home defeat to Real Sociedad has left Erik ten Hag’s side with no room for error and Omonia should be perfect opponents to build confidence back into the team.The Cypriot side, now managed by former Celtic, Botlon and Hibernian coach Neil Lennon, are yet to get off the mark...
UEFA・1 HOUR AGO

Mikel Arteta has spoken on the importance of squad rotation ahead of his side’s Europa League clash against Bodo/Glimt on Thursday.Arteta’s side have sparkling form this season. They are top of the Premier League, one point clear of Manchester City, and haven’t lost a Europa League match either. But the boss is aware of the hectic schedule that faces his players and so won’t hestitate to rotate the squad.“You have to go game by game and then form, performances and how players are physically and mentally will dictate how we use them,” he said. Arsenal vs Bodo/Glimt LIVE“For sure we’re...
UEFA・1 HOUR AGO