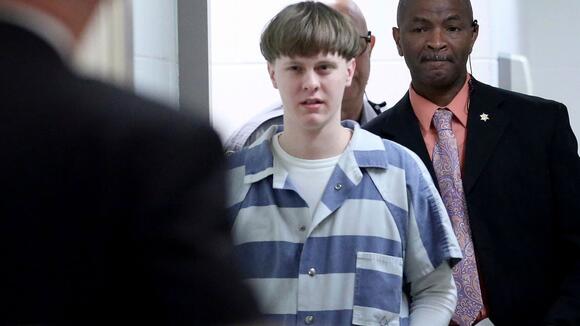 The Justice Department on Thursday announced it had reached settlements with the families of victims murdered by Dylann Roof in the 2015 Charleston, South Carolina, church shooting.

Families had sued the federal government in 2016 because Roof was able to purchase a gun to carry out the shooting, despite having a prior criminal history.

MORE: Why the Second Amendment may be overstated in the gun debate

The civil case has since made its way through the court system, with a federal appeals court ruling that families could sue the government.

"These settlements will resolve claims by 14 plaintiffs arising out of the shooting. Plaintiffs agreed to settle claims alleging that the FBI was negligent when it failed to prohibit the sale of a gun by a licensed firearms dealer to the shooter, a self-proclaimed white supremacist, who wanted to start a “race war” and specifically targeted the 200-year-old historically African-American congregation," the Justice Department said in a statement.

Roof, an avowed white supremacist, was sentenced to death, the first person to get the death penalty for a federal hate crime.

Lawyers and several family members of the victims shooting gathered outside the Justice Department following a private meeting with Attorney General Merrick Garland on their settlement deal.

The family members included Jennifer Pinckney, the wife of the late South Carolina state Sen. Clementa Pinckney and her two daughters Malana and Eliana, as well as Rev. Anthony Thompson, husband of the late Myra Thompson -- all of whom spoke passionately in favor of the settlement while acknowledging that no dollar figure could take the place of their lost loved ones.

"I still relive and think about what happened being there. I'll remember it until the day I die," Jennifer Pinckney told ABC Chief Justice Correspondent Pierre Thomas at the news conference. "If I had the opportunity to bring Clementa back, I’d switch. You can all take the settlement, bring my husband back to me, bring their father back to them because we had a nice life. Most people you know they always say I want a good I want a good man in my life. I want a good household. I want a good family. I had that. They had an excellent father. I had an excellent husband and we worked together and we worked to raise our girls. So bring him back."

Sellers noted the significance of the "88" figure given its relevance in the white supremacy movement in the U.S. -- the Charleston shooter Roof had an '88' insignia on his shoes.

"It’s already so hard to lose someone you love, but it’s even harder to grow up without a father knowing he lost his life in a place that he devoted his entire life to," Pinckney said. "I've spent the rest of my life, from the day that he died to the day that I die, making sure that I'm doing whatever I can to make my father proud, to make sure that everything he fought for doesn't go unspoken -- doesn't go forgotten."

(CNN) — President Joe Biden announced a new strategy Thursday aimed at fighting a potential winter surge of Covid-19 without enacting unpopular lockdowns as the pandemic approaches its two-year mark. Biden's multi-pronged approach puts a heavy emphasis on expanding vaccinations to the remaining Americans who have resisted getting shots, and...
PUBLIC HEALTH・23 HOURS AGO
NBC News

Discipline not needed for teenager before Michigan shooting, superintendent says

OXFORD TOWNSHIP, Mich. — A teenager accused of killing four students at a Michigan high school was called to the office before the shooting but “no discipline was warranted,” the superintendent said Thursday in his first extended remarks since the tragedy. Tim Throne, leader of Oxford Community Schools, said Oxford...
MICHIGAN STATE・2 HOURS AGO
NBC News

Four states in the U.S. have identified new cases of the omicron variant of the coronavirus. On Thursday, health officials from Minnesota, New York, and Colorado announced cases of the new, highly mutated variant, one day after the Centers for Disease Control and Prevention reported the first individual detected with omicron in California.
COLORADO STATE・13 HOURS AGO
The Hill

US to restart 'Remain in Mexico' program following court order

The Biden administration on Thursday plans to restart the "Remain in Mexico" program following a court order to reimplement the policy first launched under President Trump while it appeals the decision. The rollout follows weeks of negotiations with Mexico over how to reimplement a plan that under the Trump administration...
IMMIGRATION・18 HOURS AGO

The House Rules Committee on Thursday weighed the contempt of Congress referral against Trump Department of Justice official Jeffrey Clark, who was censured Wednesday by the House committee investigating the Jan. 6 attack on the Capitol after he refused to answer their questions. The move tees up a vote by...
PRESIDENTIAL ELECTION・16 HOURS AGO
The Associated Press

It’s the moment conservatives have been waiting for. Oral arguments at the Supreme Court on Wednesday represent the best opportunity leaders on the right have had in decades to gut the landmark 1973 Roe v. Wade decision, which codified a woman’s constitutional right to an abortion before a fetus can survive outside the womb.
CONGRESS & COURTS・1 DAY AGO
CBS News

U.K. appeals court sides with Meghan in privacy battle with tabloid publisher over letter to her dad

London — A British court dismissed an appeal on Thursday by a newspaper publisher seeking to overturn a previous ruling that found the Mail on Sunday had breached the Duchess of Sussex's privacy by publishing portions of a letter she sent to her father. Britain's Court of Appeal upheld the earlier High Court decision, handed down in February, that the Mail had in fact breached Meghan's privacy in a way that was "manifestly excessive and hence unlawful."
POLITICS・9 HOURS AGO
NBC News

House passes bill to fund government through Feb. 18, sends it to the Senate

WASHINGTON — The House passed a short-term government funding bill that would prevent a shutdown before the Friday night deadline, sending the legislation to the Senate, where it faces an uncertain future. The House voted 221-212 to advance the continuing resolution. If it is approved by the Senate and signed...
CONGRESS & COURTS・20 HOURS AGO

New York officials have disclosed that the U.S. Department of Justice began a civil inquiry in August into sexual harassment claims made against former Gov. Andrew Cuomo
PUBLIC SAFETY・6 HOURS AGO
ABC News

They will meet in private before the week ends.
CONGRESS & COURTS・16 HOURS AGO