4 colleges in NY, NJ, CT ranked among top 25 in the world 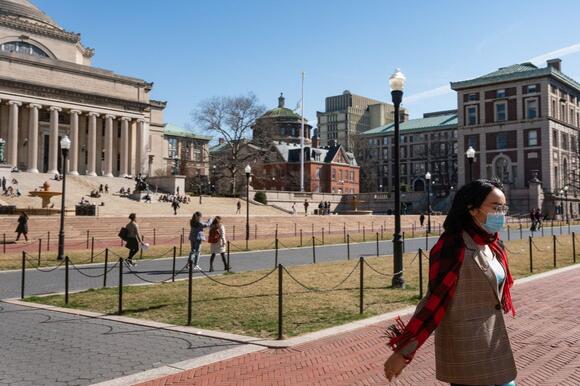 NEW YORK (WCBS 880) — Four colleges in the Tri-State area have been listed among the top 25 in the world, according to a new U.S. News & World Report ranking released Tuesday.

A total of four colleges from New York, New Jersey and Connecticut fell into the top 25:

The 2022 edition of the Best Global Universities rankings marks the eighth consecutive year that U.S. News & World Report has compiled the list.

In a statement, Kim Castro, editor and chief content officer of U.S. News, noted that the data is particularly valuable to those pursuing higher education in wake of the global pandemic.

“As students, faculty and staff continue to navigate the pandemic, comparable school-specific data remains important to individuals exploring their higher education options,” she said. “For eight years and counting, the Best Global Universities rankings have provided easily accessible data that prospective students can use to evaluate those options.”

In addition to an overall ranking, U.S. News also conducted subject rankings for over 2,000 schools, according to Robert Morse, chief data strategist for the organization.

“These rankings stand out from our other education rankings due to their emphasis on academic research,” he said. “The Best Global Universities feature an overall ranking of more than 1,700 universities, as well as subject rankings of additional 255 universities, for a total of 2,005 schools, providing even more information for prospective students interested in schools where research is a top priority.”

A total of five new subjects were added to the rankings for 2022: chemistry, physical; food science and technology; optics; physics, condensed matter; and polymer science.

The United States had the most universities on the newly released list with 271. It was followed by China with 253, Japan with 93, the United Kingdom with 89 and Germany with 80.

Join WCBS Newsradio 880 and WhyHunger in fighting for everyone’s right to nutritious food through Hungerthon, the annual campaign to raise funds and awareness to end hunger in the U.S. for good.
NEW YORK CITY, NY・4 DAYS AGO
WCBS News Radio 880

New Jersey officials on Monday confirmed over 20,000 positive COVID-19 tests have been confirmed among students and staff in K-12 schools since the beginning of the school year.
EDUCATION・4 DAYS AGO
WCBS News Radio 880

New York City is directing health care providers to give COVID-19 booster shots to all vaccinated adults who are due for one and request it.
NEW YORK CITY, NY・11 DAYS AGO

Beginning on Nov. 29, the vaccination efforts will return to all schools in order to get kids their second shot — bit those sit let to get their first will also be able to get vaccinated.
NEW YORK CITY, NY・10 DAYS AGO