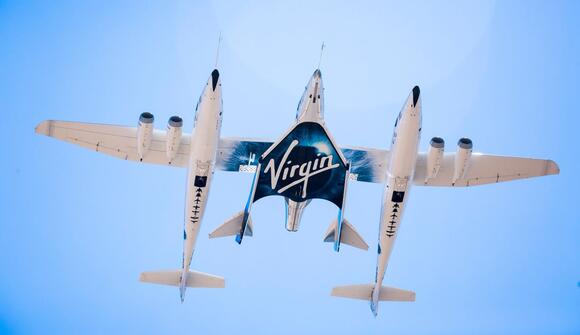 At midday Wednesday, U.S. markets traded up slightly, with the Nasdaq Composite index gaining about 0.6%, while the S&P 500 was essentially flat and the Dow Jones industrial average was down about 0.4%. Crude oil dropped about 2.4% to trade below $83 a barrel, and 10-year Treasury yields slipped by nearly seven basis points to around 1.54%. Communications services (up 2%), consumer cyclicals (up 0.8%) and tech (up 0.4%) are the leading sectors as of noon Wednesday, while energy (down 2.3%) was the weakest.

Meme stocks generally traded lower, with the exception of Tuesday's big winner, Bakkt Holdings Inc. ( NYSE: BKKT ). Chatter on social media was way down on the stock. One commenter said the borrow fee for short sellers was 445% and that short interest was up to around 9%. That would indicate no short squeeze was in play. Even with the increase in short interest, that doesn't seem like enough to force the shorts to cover. This is worth keeping an eye on, just for educational purposes.

Genius Brands International Inc. ( NASDAQ: GNUS ) closed up 51% on Monday and was down about 8.5% on Tuesday. The stock traded down by double digits in the noon hour Wednesday, after announcing a $53 million acquisition of a Canadian media company, WOW! Unlimited. Trading volume was about 10 times the daily average.

Robinhood Markets Inc. ( NASDAQ: HOOD ) was hammered after posting a weak earnings report after markets closed Tuesday. The share price only got worse since our premarket look earlier in the day.

Virgin Galactic Holdings Inc. ( NYSE: SPCE ) was left out of a group of aerospace companies, led by Jeff Bezos-owned Blue Origin, that have teamed up to develop a commercial space station for the tourist trade. Not only that, the company won't be sending any paying customers into space for another year, while Blue Origin already has completed two flights and is expected to launch a third before the new year begins.

Investors are bailing out of vaccine stocks. But should they be selling?
STOCKS・5 HOURS AGO
The Motley Fool

Fortunes will likely be made with the metaverse. Investing in these stocks is a great way to get started.
STOCKS・16 HOURS AGO
Motley Fool

Viatris is a drug-making giant with large cash flows to share with investors. Annaly Capital Management is a real estate investment trust that invests mostly in government-backed mortgage securities. Bristol Myers Squibb offers a juicy yield right now because investors are concerned about upcoming generic competition for the pharmaceutical company's...
STOCKS・15 HOURS AGO
The Motley Fool

Despite falling sharply this year, the future still looks bright for these growth stocks.
STOCKS・15 HOURS AGO

Broadcom, Pfizer and these other top companies are expected to lift the dividends they pay to shareholders, and their stocks are rated Buy across Wall Street, making them excellent total return candidates.
STOCKS・11 HOURS AGO
MarketWatch

The Dow Jones Industrial Average on Monday afternoon was on track for its best point and percentage gain in more than a year, as investors bought a recent dip in stocks that has been at least partly precipitated by fears of the COVID omicron variant and worries about Federal Reserve policy. Monday's gains saw the Dow rise 2.1%, or 713 points, which would mark the sharpest percentage gain for the 30-stock index since Nov. 9, 2020 when it gained 834 points, or 2.95%, FactSet data show. The session's gain was being powered primarily by advances in UnitedHealth Group Inc. , Goldman Sachs Group Inc. , Home Depot and Visa Inc. . Only shares of Nike Inc. , salesforce.com and Verizon Communications Inc. were trading in negative territory among the Dow's components in afternoon trade.
STOCKS・8 HOURS AGO

Buying innovators and disruptors at a discount is a smart way to set yourself up for long-term success.
STOCKS・1 DAY AGO
The Motley Fool

The Bitcoin market and the S&P 500 have a big common risk heading into year-end. Are you prepared?
STOCKS・14 HOURS AGO
24/7 Wall St.

Meme stocks took a beating on Friday, and Monday did not appear to be getting off to a better start.
STOCKS・12 HOURS AGO
24/7 Wall St.

Kohl's (KSS) – The retailer's stock rallied 2.8% in the premarket following news that activist investor Engine Capital is urging Kohl's to consider either a sale of the company or a separation of its e-commerce business. Engine Capital has a Kohl's stake of approximately 1%. GCP Applied Technologies (GCP) –...
STOCKS・13 HOURS AGO
The Motley Fool

Find out what people are talking about.
STOCKS・3 HOURS AGO
The Motley Fool

A surprise equity raise punished MercadoLibre, which is now down significantly from all-time highs.
STOCKS・12 HOURS AGO
MarketWatch

AMSTERDAM, NETHERLANDS - DECEMBER 02: The passenger of a flight from South Africa is tested for the Coronavirus at Amsterdam Schiphol airport on December 2, 2021 in Amsterdam, Netherlands. The Netherlands and other nations worldwide temporarily banned most travellers from South Africa after a new variant of Covid-19 named Omicron was discovered. Omicron has sparked worries around the world that it could resist vaccinations and prolong the nearly two-year Covid-19 pandemic. (Photo by Pierre Crom/Getty Images) By Pierre Crom/Getty Images MARKET SNAPSHOT.
STOCKS・5 HOURS AGO
The Motley Fool

As inflation continues to bite, ride the wave into the new year with these three stocks.
STOCKS・1 DAY AGO
The Motley Fool

There weren't a lot of big winners last week, but these stocks posted double-digit gains as many of their peers went the wrong way.
STOCKS・10 HOURS AGO
24/7 Wall St.

A top Wall Street strategist makes the case for quality small-cap stocks for 2022. These five Buy-rated stocks come with solid and reliable dividends, and they look like great ideas now for wary investors.
STOCKS・14 HOURS AGO
The Motley Fool

21 of the Largest Cryptocurrencies Ranked by Investors' Hold Time

These widely owned digital currencies are being held anywhere from a couple of days to about three months.
STOCKS・16 HOURS AGO