SpaceX Is Expected to Become Even More Valuable Than Tesla, According to Morgan Stanley 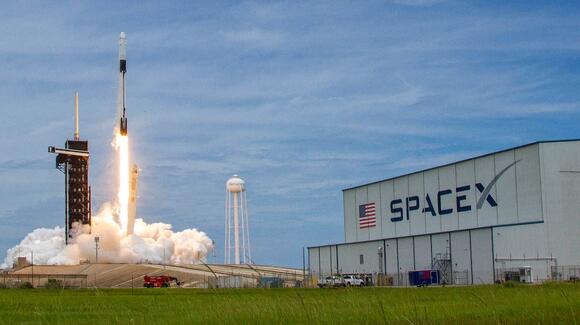 Despite news of Tesla ’s $1 trillion valuation, another of Elon Musk ’s businesses is expected to grow even larger in the coming years. SpaceX , which has made news recently with its Inspiration4 and Crew-2 missions, is expected to become the long-term darling of investors.

“From our investor conversations, the sentiment on SpaceX has increased substantially along with the company’s valuation in the private market,” Morgan Stanley analyst Adam Jonas wrote recently in a report. “The majority of our clients (by survey and client discussions) believe SpaceX could ultimately command a higher valuation and significance than even Tesla.”

While Tesla gained headlines Monday for its valuation, SpaceX’s value has also been increasing in the last six months. CNBC reported that its value has recently exceeded $100 billion, making it the second most valuable private company in the world. The $560 per share price, according to CNBC, is 33 percent higher than its February valuation, when it was closer to $420 per share.

Besides its recent missions, SpaceX has several ongoing high-profile projects, including its Starship, which is a deep-space transportation program for launching cargo and astronauts to missions to the moon and Mars. The company recently completed a successful high-altitude flight of a Starship prototype. It is awaiting regulatory approval to undertake an orbital launch.

Its Starlink satellite network for broadband service is also expected to be a growth engine for SpaceX. It has already launched 1,740 Starlink satellites to form a constellation of interconnected satellites, but that could expand to tens of thousands of satellites.

SpaceX is viewed as the “apex player” in the commercial space industry, wrote Jonas. It has raised billions in the last two years to fund Starship and Starlink. “In our view, having access to nearly unlimited sources of capital will be an extremely important part of the narrative around building the space economy,” Jonas said in the investor note.

Musk may become the world’s first trillionaire because of SpaceX, said Morgan Stanley in a separate note.

The First Tesla Cybertruck Will Have a Quad-Motor Powertrain, Elon Musk Says

We still don’t know when the Tesla Cybertruck will get here, but when it does, it could be even more powerful than expected. Late last week, Tesla CEO and hypeman Elon Musk revealed out of nowhere that the top-of-the-line variant of the company’s eagerly anticipated electric truck will now feature four motors instead of three. He also teased a teased a couple of other new features, including the ability to drive diagonally. The announcement was made was made on Twitter, as is so often the case with Musk (Tesla disbanded its press department last year). In response to a tweet suggesting the...
CARS・2 DAYS AGO
Robb Report

Tesla’s going to release a new EV before the year’s out—and this one is just for kids. Elon Musk’s EV giant—a company that likes to announce new products with as much pomp and circumstance as possible—quietly launched the Cyberquad for Kids on Thursday. The battery-powered ATV is available to order now through the brand’s website, and if you’re lucky it might even arrive in time for Christmas. If the company’s new model looks familiar to you, there’s a good reason for that—it’s a pint-sized version of an EV the brand announced way back in 2019. In the wake of the Cybertruck’s glass-shattering...
CARS・5 DAYS AGO
Robb Report

You Can Now Buy Your Own Model of Lewis Hamilton’s Formula 1 Race Car for a Cool $35,000

The 2021 Formula 1 season may be in its final week, but a new model can help distract you until the competition returns next spring. Amalgam Collection has just unveiled a new series of hand-built Formula 1 models led by a quarter-size recreation of Lewis Hamilton’s Mercedes-AMG F1 W11 EQ Performance car. The collection’s limited-edition flagship sports the same livery the seven-time champion’s racer was wearing when he passed Michael Schumacher to become the winningest driver in the competition’s history at the 2020 Portuguese Grand Prix. The product of three years of development, the W11 was Mercedes-AMG’s attempt to overcome its long-term...
MOTORSPORTS・1 HOUR AGO
The Motley Fool

Should investors set shares of Tesla on autopilot in their portfolios, or is it time to pump the brakes?
STOCKS・14 HOURS AGO

Tesla Inc. stock snaps a losing streak that took it near a bear market after UBS analysts slapped a $1,000 price target on the stock and called the electric-vehicle maker the EV market's "undisputed leader."
STOCKS・11 HOURS AGO
The Motley Fool

These 3 EV stocks have beaten others to top the charts.
ECONOMY・10 HOURS AGO
24/7 Wall St.

Reduced concern for the impact of the Omicron variant of the coronavirus lifted stocks higher on Monday. The effect appeared to be continuing in Tuesday's premarket trading.
STOCKS・1 DAY AGO
The Motley Fool

XPeng delivered more electric vehicles in China than Nio in both October and November.
ECONOMY・1 DAY AGO

Billionaire Tesla CEO Elon Musk believes death is critical to human progress. Death is "important," he said this week, because people rarely change their minds — "they just die." "If you live forever, we might become a very ossified society where new ideas cannot succeed," he said. When billionaire Elon...
ECONOMY・1 DAY AGO
24/7 Wall St.

Is Tesla's stock price due for a fall, or is there more growth yet to come?
STOCKS・1 DAY AGO
The Motley Fool

One analyst just upped his 12-month price target for the stock by 38%.
STOCKS・1 DAY AGO

Elon Musk Is Selling Tesla Shares, But Buying More Than He Sells

According to a recent report by Teslarati, Tesla CEO Elon Musk now owns about 564,000 more Tesla stock shares than he did when he first started selling stock after his infamous Twitter survey. Wait, how is it possible to accumulate stock while selling so much?. Not long ago, Musk asked...
STOCKS・1 DAY AGO
Benzinga

This Stock Is Seeing The Highest Interest On WallStreetBets Today

Electric vehicle maker Tesla Inc. (NASDAQ: TSLA) has emerged as the most-discussed stock on Reddit’s r/WallStreetBets forum as of early Tuesday. What Happened: Exchange-traded fund SPDR S&P 500 ETF Trust (NYSE: SPY) is seeing the highest interest on the forum with 584 mentions as at press time, followed by Tesla with 343 mentions, data from Quiver Quantitative showed.
STOCKS・1 DAY AGO
Street.Com

How Elon Musk Sold $1B of Tesla Stock, Yet Now Owns Even More

Tesla (TSLA) - Get Tesla Inc Report Chief Executive Elon Musk has sold more than $1 billion of stock over the past several weeks, yet he now owns even more shares of his electric car company than he did when he started selling, at the beginning of November, a media report says.
STOCKS・1 DAY AGO
investing.com

Rivian is 'The One' To Challenge Tesla, Says Morgan Stanley

Investing.com — Rivian Automotive Inc (NASDAQ: RIVN ) rose 4% Monday after bullish analyst notes, with Morgan Stanley telling investors the company is "the one" that can challenge Tesla (NASDAQ: TSLA ). Analyst Adam Jonas initiated coverage of the stock with an overweight rating and $147 price target citing the...
ECONOMY・2 DAYS AGO
The Motley Fool

Elon Musk isn't a fan of hydrogen fuel cells, and his opinion got some additional press today.
STOCKS・2 DAYS AGO
Benzinga

Morgan Stanley stock strategists say accelerated Federal Reserve tightening is the real danger for equities, not the omicron Covid strain. “A new COVID variant started the ruckus for markets, but we view that as secondary to the real culprit — the Fed's more aggressive response to the on-fire [economic] data,” wrote the strategists, led by Chief U.S. Equity Strategist Michael Wilson.
STOCKS・2 DAYS AGO
Markets Insider