Daylight saving time 2021: When do we set our clocks back? 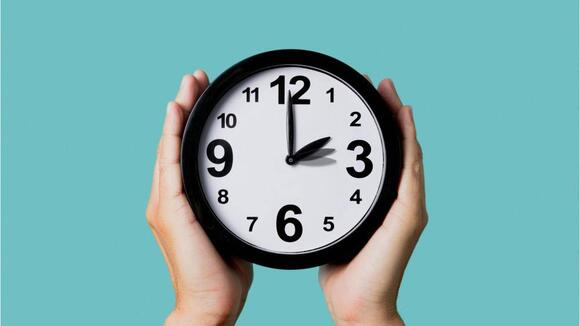 If that hour you lost last March when we set our clocks up one hour is stuck in your craw, take heart, you’re getting it back soon.

Daylight saving time (DST) ends at 2 a.m. local time on Sunday, Nov. 7. At that time, you’ll need to set your clocks back (remember “fall back”) one hour.

Why do we use this system of “spring forward” and “fall back” when it comes to our clocks? Here’s a look at what you should know about DST.

We can blame New Zealand entomologist George Hudson for daylight saving time. He wanted extra hours after work to go bug hunting, according to National Geographic, so he came up with the idea of just moving the hands on the clock.

William Willett, who is the great-great-grandfather of the band Coldplay’s Chris Martin, arrived at the same idea a few years later and proposed moving the clock forward in the spring and back in the fall in his work, “British Summer Time.”

Willett’s idea was picked up a few years later by the Germans who used it during World War I as a way to save on coal use. Other countries would soon follow suit, most with the idea it would be a cost-saving measure.

President Woodrow Wilson agreed that DST was a good idea and in 1918, he signed legislation that would shift the country to the new time system.

Why did the U.S. make the change?

The idea of setting clocks ahead in the spring was pitched as a way to help farmers with crops and harvesting. In reality, it was retailers who were behind the push for adjusting clocks, looking for another hour of shopping time in the afternoon and evenings.

While most of the country and about 40% of the world use DST, there are some exceptions. Two states — Arizona and Hawaii — and several territories don’t fall back or spring forward with DST.

Arizona has not observed DST since 1967 when they filed for an exemption under the DST exemption statute. Hawaii, too, opted out under the exemption. The state has never used DST.

Will we keep it?

It’s likely that most U.S. states will continue the practice of changing the clock twice a year at least for a while, though a growing number of state legislatures have discussed ending the practice.

In the last few years, 15 states have enacted legislation to provide for year-round daylight saving time if Congress were to allow such a change and, in some cases, if surrounding states enact the same legislation.

Full-time DST is not currently allowed by federal law and would require an act of Congress to make a change.

CENTRAL ILLINOIS (WCIA) – It’s something we know comes every year. When time “Springs forward” and then months later it “Falls back”. Daylight Saving time started years ago as a way to help save energy, but now, many state and local governments want it to end. “I have heard from so many different people. Students […]
ILLINOIS STATE・14 DAYS AGO
Minneapolis Star Tribune

So the Miami Herald Editorial Board ("End 'spring forward, fall back' for good," Nov. 9) wants to stick with daylight saving time all year. If I lived in Miami, I might agree. But here in Minnesota, the winter days are a lot shorter. I looked it up: On Dec. 21, the shortest day of the year is 10 hours and 31 minutes long in Miami, but only eight hours and 46 minutes long in Minneapolis. On Dec. 21 in Minneapolis, the sun will come up at 7:48 a.m. — but if we didn't "fall back" an hour after the end of DST, the sunrise instead would be at 8:48 a.m. If we stuck with DST year-round, the sunrise in Minneapolis would be after 8 a.m. from Nov. 7 through Feb. 23. In the depths of Minnesota winter, getting up in the dark for two and a half months out of every year would be a genuine price to pay.
MINNEAPOLIS, MN・11 DAYS AGO
denverite.com

Here are 14 of the best places to watch the sunset in Denver, because the end of daylight savings time is getting us down, too

Denver sunsets are pretty incredible. The city’s relatively low skyline leaves windows open to mountain views in the west, so that if you’re at the right place at the right time, you can catch a display of reds, oranges, pinks, purples and yellows bloom over the Rockies as the sun sinks in the sky.
DENVER, CO・13 DAYS AGO
Red and Black

DEBATE: Daylight saving time costs more than it's worth

Daylight saving time is the controversial and unnecessary changing of the clocks that occurs twice each year: the second week of March and the first week of November. In March, we adjust our clocks forward one hour, and in November we adjust them backward. There are those who appreciate the time changes, but I cannot reciprocate the sentiment.
ECONOMY・10 DAYS AGO

No more falling back an hour in the autumn, if New Jersey State Sen. Shirley Turner (D-15) has her way. The veteran Mercer County lawmaker has introduced a bill that would make daylight saving time last year-round, requiring New Jersey to stay on Eastern Daylight Time (EDT) permanently. She called...
MERCER COUNTY, NJ・8 DAYS AGO
phillyvoice.com

If you dread daylight savings time and hate changing your clock every six months, a new bill out of the New Jersey state legislature could be your saving grace. State Sen. Shirley Turner introduced a bill that would make daylight savings time last year-round, keeping the state on Eastern Daylight Time permanently.
CONGRESS & COURTS・7 DAYS AGO
arizonadailyindependent.com

LOS ANGELES – Earlier sunrises and shorter days mark the end of daylight saving time for the majority of the country, and experts warn your health and well-being could take a toll if you’re not in Arizona or Hawaii, which don’t change their clocks. Sleep-schedule realignment is especially disruptive for...
HEALTH・1 DAY AGO
goodshomedesign.com

Global Climate Change: The Earth Has Shifted, Say Inuit Elders. A new warning has come to NASA from the Inuits. They are warning that the change in climate is not due to global warming but rather, because of the Earth shifting a bit. The Inuits are local people that live...
SCIENCE・23 DAYS AGO

On January 1, food benefits will return to pre-pandemic levels for hundreds of thousands of families in Mississippi. In less than two months after the state’s emergency declaration for dealing with the COVID-19 pandemic expires, the Mississippi Department of Health and Human Services announced on Wednesday that an additional benefit for COVID-19 recipients will continue next year.
PUBLIC HEALTH・2 DAYS AGO
ScienceAlert

They were the largest animals to ever walk the Earth: sauropods, a dinosaur clade of such immense size and stature, they're sometimes dubbed 'thunder lizards'. These towering hulks – including Brontosaurus, Brachiosaurus, and Diplodocus among others – needed four thick, powerful legs to support and transport their massive bodies. At least, most of the time. Perhaps. Some mysterious, ancient tracks described in a 2019 study could offer fresh support for a disputed view in paleontology: that these lumbering giants sometimes got around on two legs, not four, belying what their quadruped status (and simple physics) would seem to demand. Sauropod footprints at the...
WILDLIFE・10 DAYS AGO
chronicle99.com

Stimulus Checks Worth $500 Are Set To Arrive This December, Are You Eligible?

It’s the final month of the year and the final chance of the federal government in distributing the stimulus payment to millions of Americans in need. That said, there’s an essential update involving these checks that everyone has to keep in mind. Folks are pretty much aware by now that...
U.S. POLITICS・3 DAYS AGO
theeastcountygazette.com

Legislators Want to Bless Americans $200 and $400 Before Holiday

If the Illinois House of Representatives passes this legislation, single taxpayers could receive a $200 check. Precisely, single filers earning less than $75,000 could be given a $200 payment as Republican lawmakers are pushing it. Also, couples who earn under $150,000 are qualified for $400. The proposal is purported to...
CONGRESS & COURTS・1 DAY AGO

A local Republican "community leader" based in Idaho was blasted recently for a racist since-deleted Tweet complaining about a commercial showing a Black family enjoying the holidays. The Daily Beast reported Lisa Leisy lost it on social media after seeing an old Hershey commercial depicting a Black family reveling in the holiday spirit.
IDAHO STATE・1 DAY AGO
The Independent

Wildlife authorities in Georgia have said a whale that was trapped in fishing nets for more than a year has been spotted offshore. Snow Cone, as the whale has been named by Georgia’s Department of Natural Resources (DNR), was seen off the coast of Georgia’s Cumberland Island on 2 December.The whale, which was first spotted and identified in March 2021, was at the centre of a number of failed attempts at removing fishing nets it was entrapped by.However, according to Georgia DNR’s wildlife division, Snow Cone now has a few ropes around it and was “not entrapped”. She was also...
ANIMALS・9 HOURS AGO
healththoroughfare.com

Seismic Activity Raises Concerns in Idaho, as the Yellowstone Volcano is Close

Americans living in Idaho might have to taste more of nature’s wrath pretty soon. The US Geological Survey (USGS) raises awareness about multiple earthquakes that are extremely likely to occur in the area, according to Express.co.uk. The news shouldn’t surprise anyone since there’s plenty of seismic activity in Idaho already....
IDAHO STATE・2 DAYS AGO
Outdoor Life

Ohio resident Hayden Billing first got trail camera pics of a drop-tine buck at the end of the season in 2020. He decided that this would be the buck he’d target in 2021. He hunted the buck hard during archery season, but never got a shot. “I passed up several...
OHIO STATE・8 HOURS AGO
WRIC - ABC 8News

When will we see our first snowfall in Central VA?

As we approach the winter months, the question on many minds is, "when will it snow?"
RICHMOND, VA・4 DAYS AGO
Reuters

WASHINGTON, Dec 5 (Reuters) - The Omicron variant of the coronavirus has been found in about 15 U.S. states so far, but the Delta variant remains the majority of COVID-19 cases nationwide, the head of the U.S. Centers for Disease Control and Prevention said on Sunday. "We know we have...
PUBLIC HEALTH・1 DAY AGO
24/7 Wall St.

This Town Is Located At The Middle Of America

The 2020 U.S. Census is in the books. Among the data already releases are state population, city population, and statistics on poverty and income. “Census Bureau Announces Hartville, Missouri, as “Center of Population” for the United States” is a document just issued. Based on the “2020 Census Redistricting Data” used to set Congressional and state […]
POLITICS・1 DAY AGO