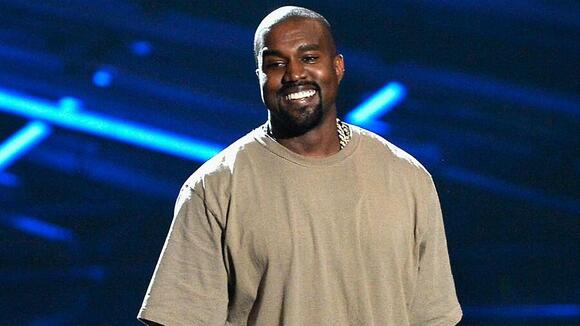 Kanye West is transforming from music artist to a fashion and tech mogul right before our eyes. On Tuesday, the "Jail" rapper's DONDA Stem Player finally arrived at the homes of fans who ordered one back in August , and came fully equipped with three new songs, plus a surprise verse from Andre 3000 .

Fans took to social media to show off their new Stem player, an innovative device that allows users to curate their own listening experience by customizing individual components of a song. The dope features include the ability to “control vocals, drums, bass, and samples” and “split any song into stems."

Andre 3K's verse on isn't the only new track available on the Stem player. One fan revealed, " A new version of 'Abandon Your Family' with different lyrics that we heard before during the Listening Party is available on the stem player ." While another Twitter user gushed, "' Up From The Ashes' also appears on the Stem Player, as it uses the OG beat ."

“Up From the Ashes” is a song originally recorded for Ye's previous album Jesus Is King , while “Never Abandon Your Family,” which was played during Kanye’s first Donda listening session in Atlanta back in July, was updated and added to the device. The DONDA Stem player was developed by Ye’s Yeezy Tech brand and the electronics company Kano. It's release was announced just days before the Grammy Award winning rapper officially released his highly anticipated, 10th studio album on streaming services.

Check out the The DONDA Stem player, available now for $200 via Kanye West's Official Website .

Kanye West’s new girlfriend, Vinetria, didn’t have the nicest things to say about his good pal Travis Scott before they started dating. During an Instagram Q&A in January 2020, a fan asked the model to name the “worst artists out now,” to which she responded, “Um idk. Travis Scott is annoying.”
CELEBRITIES・24 DAYS AGO
Bossip

Kanye West, 44, has reportedly been canoodling with model Vinetria, 22, “for a while now” before they went public over the weekend. Fans got to see West and Vinetria take the alleged romance public this weekend as they
NEW YORK CITY, NY・24 DAYS AGO
AceShowbiz

The 'Donda' artist is said to have been 'hooking up with' the 22-year-old model for a while amid his estranged wife Kim Kardashian's romance rumors with Pete Davidson. AceShowbiz - Kanye West seemingly doesn't find it hard to move on from his failed marriage to Kim Kardashian despite his claims showing otherwise. After recently saying that he wanted to get back together with his estranged wife, the rapper is now rumored seeing a much younger model, Vinetria.
CELEBRITIES・24 DAYS AGO
demotix.com

Kanye West seems to be in denial about his current relationship status. A few days ago, Ye made an appearance at Revolt TV when he was asked to comment on recent rumors about Kim Kardashian and Pete Davidson’s supposed romance. Wiggling his way out of the uncomfortable question, Kanye spun...
CELEBRITIES・23 DAYS AGO

Kanye West’s appearance on Drink Champs is still a topic of conversation weeks later. Aside from addressing his beef with Drake, impending divorce from Kim Kardashian and a bevy of other topics, he gave Beanie Sigel credit for coining the name “Yeezy” and admitted he’d been trying to pay Sigel for his contribution to the Yeezy brand.
CELEBRITIES・3 DAYS AGO
hotnewhiphop.com

For the past few weeks, the world has been eagerly waiting to find out if Kim Kardashian and Pete Davidson are, in fact, dating, or if they were just participating in a fun little fling. The two stars have run in the same circle for awhile now, and first got close while KKW was hosting Saturday Night Live.
CELEBRITIES・13 DAYS AGO
hotnewhiphop.com

Rappers have been citing Virgil Abloh as an inspiration for years. His combination of streetwear expertise and unmatched creativity led to artist wearing his clothes and sneakers regularly. Young Thug was one of Virgil's primary customers, and more importantly, good friends. After Abloh passed away on Sunday (Nov. 28), many...
CELEBRITIES・2 DAYS AGO
SheKnows

His mom is known for her SKIMS line and being the queen of reality TV, while his dad is a Grammy-winning rapper with a fashion line of his own — but little Saint West appears to be developing a knack for one sport as he grows up. Kim Kardashian and Kanye West’s 5-year-old son spent some time tossing around a football with Tom Brady in a new Instagram video the Donda rapper shared on social media, and the former couple‘s second child is already showing a lot of promise.
FOOTBALL・9 DAYS AGO

Watch: North West Roasts Kim Kardashian for "Talking Different" on Instagram. Kardashian fans one more thing to be thankful for this Thanksgiving!. On the U.S. holiday on Nov. 25, Kim Kardashian and her 8-year-old daughter North West, the eldest of her and ex Kanye West's four children, launched the ultimate mother-daughter collab, a joint TikTok channel, to highlight their sweet bond and further document their adorable hijinks.
BEHIND VIRAL VIDEOS・6 DAYS AGO
Sports Illustrated

West released the diss track about Nike and "Jumpman" in 2015.
NBA・14 DAYS AGO
AOL Corp

Pete Davidson and Kim Kardashian West spend his birthday in matching looks, with a couple of famous guests

Pete Davidson's birthday was a fun time. The Saturday Night Live star, with rumored girlfriend Kim Kardashian West and her mom, Kris Jenner, by his side, bonded with rapper Flavor Flav, who even gave him one of the giant clocks he wears on his chest. Everyone except for Flav wore matching brown and black plaid clothing.
CELEBRITIES・15 DAYS AGO
HipHopDX.com

Kanye West raised a few eyebrows in August when he hosted shock rocker Marilyn Manson at his Chicago Donda listening party. Manson is currently facing numerous allegations from multiple women who accuse the 52-year-old of sexual assault — and the hits keep coming. According to TMZ, Manson now stands accused...
CELEBRITIES・17 DAYS AGO

Kanye West Suggests That God Will Reunite Him With Kim Kardashian: ‘I Need to Be Back Home’

He still has hope. Kanye West made a public declaration about his divorce from Kim Kardashian amid her new romance with Pete Davidson. The rapper, 44, gave a speech about his marriage and his family while visiting Skid Row on Wednesday, November 24. “The narrative that God wants is for you to see that everything can be redeemed,” he said in a video obtained by Page Six. “In all these relationships, we’ve made mistakes. I’ve made mistakes. I’ve publicly done things that were not acceptable as a husband, but right now today, for whatever reason — I didn’t know I was going to be standing right here, I didn’t know I was going to be in front of this mic — but I’m here to change that narrative.”
CELEBRITIES・8 DAYS AGO
EW.com

It's what two old nemeses always do after squashing their beef: Host a benefit concert together to free a former Chicago gang leader from prison. With their lengthy feud apparently now behind them, Ye (formerly known as Kanye West) and Drake will team up for the Free Larry Hoover Benefit Concert, an event to "raise awareness and support for Larry Hoover and the cause of prison and sentencing reform," according to the Los Angeles Memorial Coliseum's website.
MUSIC・12 DAYS AGO
Audacy

0 to 100 real quick: Kanye West and Drake go from beef to sharing the stage in record time

Shortly after putting their ongoing beef to rest, Kanye West and Drake are now coming together to put on a benefit concert to free Chicago’s Larry Hoover.
CELEBRITIES・10 DAYS AGO
hypebeast.com

Soulja Boy is pointing his finger at Kanye West after other rappers supposedly dropped him from their songs. During a recent Instagram Live session, the rapper confirmed that Stunna 4 Vegas and Lil Yachty removed his verses from their songs — following Ye’s move on the DONDA cut “Remote Control.” “Kanye West, Lil Yachty and Stunna 4 Vegas: y’all got me f*cked up,” Soulja Boy said. “This is a PSA. This is a public service announcement. None of you rappers call my phone no more, please. I’m begging y’all.”
MUSIC・2 DAYS AGO
HipHopDX.com

Fans contemplating attending Drake and Kanye West’s Free Larry Hoover Benefit Concert on December 9th are facing the harsh reality of the ticket prices for the blockbuster, beef-squashing event. In an Instagram post shared by DJ Akademiks on Saturday (November 27), the Off The Record podcast host highlighted the outrageous...
MUSIC・5 DAYS AGO
HipHopDX.com

A tourist in LA got more than he bargained for at breakfast when he noticed rumoured celebrity couple Kim Kardashian and Pete Davidson sitting next to him. Paul Barewijk, a music journalist from the Netherlands, was able to make the most out of the encounter and took two selfies - one with Kardashian and another with Davidson.
CELEBRITIES・3 DAYS AGO
iHeartRadio