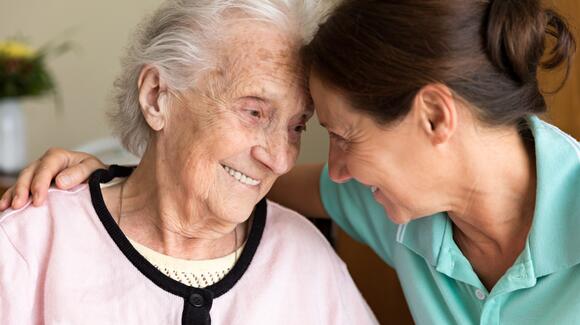 The major U.S. equity indexes closed a bit higher on Tuesday but slid a bit in Wednesday's premarket. Earnings reports from Boeing (missed earnings and revenues), Coca-Cola (beat on both) and McDonald's (beat on both) are generally helping the Dow Jones industrials, although not by much. The big disappointment was a 5.5% decline in Bitcoin futures to below $59,000. Crude oil traded down about 1.3% at around $83.50, and 10-year Treasury yields were just under 1.6%.

In the meme stock universe, Robinhood Markets Inc. ( NASDAQ: HOOD ) saw the biggest interest in social media discussion. The stock traded down more than 9% in Wednesday's premarket session to $35.90. A sharp drop in cryptocurrency trading hit the top line hard, and the number of funded accounts declined slightly as well. The company said that the slowdown may last through the end of the year.

Some investors were not unhappy. Cathie Wood's Ark Invest funds added 625,000 shares to their holdings . Among WallStreetBets investors, the following comment by Trusty_Craftsman may have summed up the sangfroid: "I'd like to send a big thank you to HOOD for being HOOD. Puts are printing and I'm taking the profit to buy more stock in companies you restricted back in Jan." That's cold.

Chinese ag producer Farmmi Inc. ( NASDAQ: FAMI ) closed up nearly 13% on Tuesday and traded up more than 15% in Wednesday's premarket. The stock doesn't generate a lot of comment on social media, even though it trades some 122 million shares on an average day. Maybe its penny-stock status is keeping the chatter down. There's something worth noting about Farmmi, however. Here's how the company described itself in a recent prospectus filing registering 93 million shares of common stock and 275 million pre-funded warrants:

Bloomberg's Matt Levine had a good piece in July on what VIEs are and what investors do and don't own .

Bitcoin-mining stocks took a hit Wednesday morning, thanks largely to the decline in Bitcoin. Most of these stocks closed down on Tuesday, with Canaan Inc. ( NASDAQ: CAN ) among the biggest losers, closing down about 3.7%. The shares were down another 6.5% in Wednesday's premarket, despite no specific news.

The big loser in Wednesday's early trading is Cortexyme Inc. (NASDAQ: CRTX). The stock traded down about 68% to $18.94, after dropping 2.7% on Tuesday. After markets closed Tuesday, the company disclosed that it has narrowed the pool of patients who may respond positively to its Alzheimer drug. The good news was that among patients for whom the drug did work, treatment slowed cognitive decline by 42% to 57%. More than 4.5 million shares changed hands Tuesday, more than 10 times the daily average of around 350,000.

A WallStreetBets commenter, u/le_norbit, asks, "Why would [Cortexyme] release results weeks ahead of expectation?" then offers an answer:

Earnings report will be in early November. Conference presentation will be Nov 9-12

Clearly they feel confident about their products considering they’re hiring an SVP of Commercial.

Good question and sensible answer. Cortexyme is trading well below its 52-week low of $26.66. BTFD investors are surely going to be taking a look at this one.

Bitcoin Plunges 18% In An Hour: Could Leverage Kill This Bull Market?

These are five stocks for aggressive investors looking to get share count leverage on companies that have sizable upside potential. While not suited for all investors, they are not penny stocks with absolutely no track record or liquidity, and Wall Street firms do have research coverage.
STOCKS・1 DAY AGO
KXLY

Volatility has been the name of the game lately in the stock market. Thanks to the rise of the new COVID-19 variant omicron, inflation, and the threat that the Federal Reserve may start raising interest rates, anxiety has gripped many investors. Can a market crash be coming soon?. No one...
STOCKS・10 HOURS AGO
The Motley Fool

As inflation continues to bite, ride the wave into the new year with these three stocks.
STOCKS・9 HOURS AGO

This Crypto Will Be the Moderna of 2022

Like Moderna, it's young and dynamic.
MARKETS・11 HOURS AGO
The Motley Fool

This Dividend Stock Is a Smoking Deal

The market may have recently lost its taste for tech companies, but the long-term outlooks for MercadoLibre, United Microelectronics, and DocuSign remain impressive.
STOCKS・9 HOURS AGO
Motley Fool

After rocketing higher in 2020 and early 2021, many growth stocks suddenly slammed on the brakes. Not to worry. Investor over-optimism was bound for an eventual reality check, but many of these businesses are still growing at a healthy pace. The coronavirus Omicron variant is yet another "buy-the-dip" opportunity. Three Fool.com contributors think Zynga (NASDAQ:ZNGA), Netflix (NASDAQ:NFLX), and Sea (NYSE:SE) are worth a buy right now. Here's why.
STOCKS・10 HOURS AGO

5 Bold Predictions for the Stock Market in 2022

It's hard to believe, but 2022 is already less than a month away. Every December, I decide to have a little fun and come up with a list of five predictions for the stock market in the following year that aren't obvious and often aren't very popular. Obviously, nobody has...
STOCKS・1 DAY AGO
The Motley Fool

Bargains aren't bargains if there's not much hope for a strong rebound move.
STOCKS・9 HOURS AGO
CNBC

Cramer's week ahead: Stocks may be in for more punishment

Next week's market events could offer signs of a late December rally after a highly volatile week, CNBC's Jim Cramer said Friday. "I think we may be in for more punishment because the valuations got so out of control," the "Mad Money" host said. CNBC's Jim Cramer said on Friday...
STOCKS・1 DAY AGO
The Motley Fool

Here's My Top Stock to Buy in December

These two companies are highly popular on the polarizing trading app -- and with good reason.
STOCKS・1 DAY AGO
The Motley Fool

Crashes and corrections are the price of admission to take part in one of the world's greatest wealth creators.
STOCKS・1 DAY AGO
The Motley Fool

Worried investors can fortify their portfolios with this basket of dividend and value stocks.
STOCKS・1 DAY AGO
The Motley Fool

The besieged mobility platform's investors have another headache to contend with.
MARKETS・1 DAY AGO
The Motley Fool

Large cap cryptocurrencies are all moving violently this weekend, though not all in the same direction.
STOCKS・16 HOURS AGO
The Motley Fool

2 Curious Stock Winners on a Frightful Friday on Wall Street

It was interesting to see which stocks managed to post advances.
STOCKS・1 DAY AGO
The Motley Fool