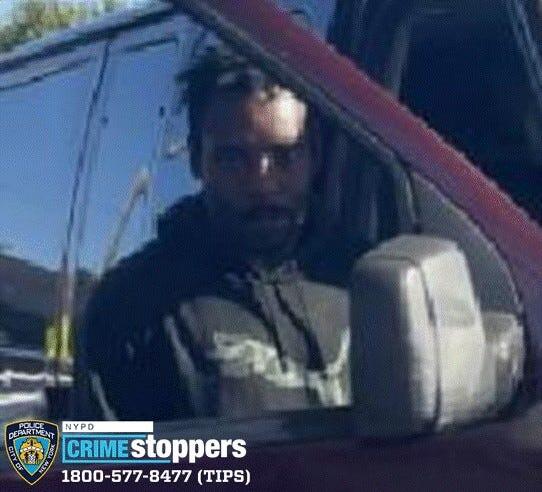 NEW YORK (1010 WINS) -- The NYPD is searching for two suspects wanted for threatening and spewing anti-gay and anti-Jewish slurs at a teen boy at a gas station last week in Brooklyn.

The menacing occurred at approximately 3:30 p.m. on Wednesday, October 20, at an Exxon gas station located at 6201 Avenue U in the Mill Basin neighborhood, officials said.

According to police, the teen was approached by the two suspects in a burgundy colored Ford van, with unknown plates.

The first suspect made anti-gay and anti-Jewish slurs from inside the van towards the victim, while the second suspect exited the vehicle and displayed a knife while making additional threats, authorities said.

No injuries have been reported and an investigation remains ongoing by NYPD's Hate Crimes Task Force. 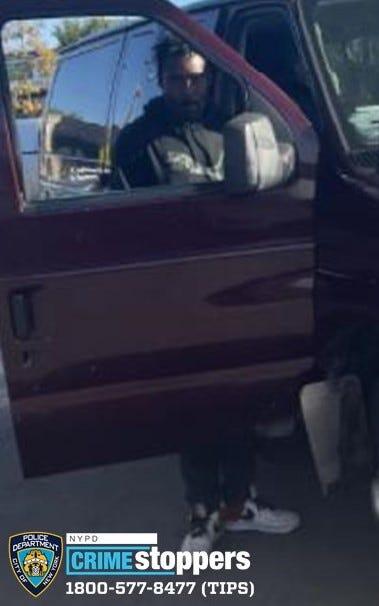 The second suspect is described as a dark-skinned man, approximately 30-40 years old. He was last seen wearing a black sweatshirt with a camouflage Puma logo, dark-colored pants and white Nike sneakers.

Anyone with information in regard to this incident is asked to call the NYPD's Crime Stoppers Hotline at 1-800-577-TIPS (8477).

Htwe was hospitalized in critical condition and had to undergo emergency brain surgery, according to police and her family. Her son reportedly suffered minor injuries.
MANHATTAN, NY・15 HOURS AGO
1010WINS

The suspect is described as a female, about 14-16 years old, with a thin build and black hair. She was last seen wearing a multi-colored jacket, black tights, white sneakers and a multi-colored book bag.
BROOKLYN, NY・1 DAY AGO
1010WINS

The NYPD is asking is looking to identify a suspect wanted for brutally beating a teen girl during a robbery in the Bronx last week, officials said.
BRONX, NY・1 DAY AGO
1010WINS

The NYPD is looking to identify a couple wanted in connection to a robbery that occurred inside a Bronx Home Depot earlier this month.
BRONX, NY・1 DAY AGO

Attorney Steven Bertolino told CNN they discovered one of their handgun was no long in its case when surrendering their guns to police in September.
NEW YORK CITY, NY・11 HOURS AGO
1010WINS

As the thief displayed his firearm, cops said he forced himself behind the deli counter and stole around $600 from the cash register.
BROOKLYN, NY・3 DAYS AGO
1010WINS

Then on Nov. 8 at about 9 p.m., the suspects approached a 37-year-old MTA conductor on a southbound 2 train platform of the East 219th Street subway station.
NEW YORK CITY, NY・3 DAYS AGO

Video released by the PBA shows the fight on the floor of the store, with the officer kicking his way back to his feet before the suspect throws him back onto the floor.
NEW YORK CITY, NY・3 DAYS AGO
1010WINS

Officials launched an investigation after a 22-year-old man was found fatally shot in the Bronx Thursday night, according to the NYPD.
BRONX, NY・1 DAY AGO
1010WINS

Police are looking to identify a man wanted in connection to an attempted armed robbery at a Brooklyn Family Dollar store earlier this month.
BROOKLYN, NY・3 DAYS AGO
1010WINS

WATCH: Man in wheelchair punched, dragged by group during robbery on Bronx street

Police on Tuesday released footage of the moment a man in a wheelchair was beaten, dragged, and robbed by a group of people on a Bronx sidewalk earlier this month.
NEW YORK CITY, NY・4 DAYS AGO
1010WINS

A Bronx man had over $3,000 worth of jewelry stolen from him at gunpoint in broad daylight by two thieves on a residential street this week.
BRONX, NY・3 DAYS AGO
1010WINS

A man was hospitalized after he was knocked unconscious during a dispute on an Upper East Side subway early Tuesday, according to authorities.
NEW YORK CITY, NY・4 DAYS AGO
1010WINS

According to police, Quils Quiles, 28, was charged with driving while intoxicated, driving while ability impaired and refusal to take breath test.
NEW YORK CITY, NY・3 DAYS AGO
1010WINS

An East Harlem liquor store was robbed last week by a pair of thieves in black ski masks, police said Tuesday as they released photos and video of the suspects.
NEW YORK CITY, NY・4 DAYS AGO