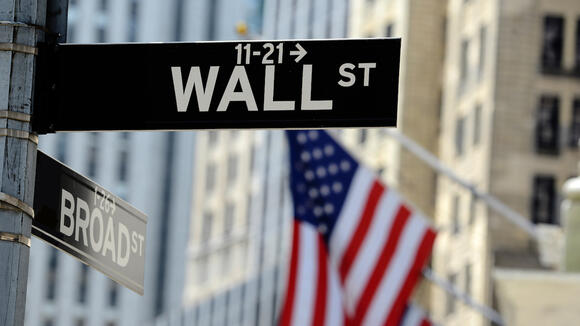 The futures were mixed Wednesday, after yet another record-setting session Tuesday in which both the Dow Jones industrials and the S&P 500 once again printed record all-time highs. While the very strong third-quarter earnings are being cited as a big reason (both Microsoft and Alphabet posted solid results after the close), many attribute the continued surge higher in what is being labeled as FOMO, or fear of missing out. Despite the sky-high valuations in many companies, investors continue to put money into the market, feeling it could continue to melt-up even higher. Going into what is seasonably a good period, they may be right.

That said, top strategists across Wall Street remain focused on continued rising interest rates, the quantitative easing tapering due to begin next month, big increases in energy costs, ongoing supply chain issues and stagflation worries. Toss in the debt ceiling issue (which is on hold for now but will return in December) and the ongoing China worries, and the cauldron continues to simmer.

These are the top analyst upgrades, downgrades and initiations seen on Wednesday, October 27, 2021.

Abbott Laboratories ( NYSE: ABT ): Atlantic Equities upgraded shares of the pharmaceutical giant to Overweight from Neutral and have a $144 price target. The Wall Street consensus target is $137.05. The shares closed on Tuesday at $128.13.

Alphabet Inc. ( NASDAQ: GOOGL ): Goldman Sachs reiterated a Buy rating after the technology giant reported earnings that beat estimates but were not out of the park. The analyst's $3,350 price target compares with the $3,183 consensus and Tuesday’s closing print of $2,786.17. The shares were lower in premarket trading.

AppLovin Corp. ( NASDAQ: APP ): BTIG Research began coverage with a Buy rating and a $114 price target. The consensus target is $94.78, and Tuesday’s closing print was $94.01 per share.
ALSO READ: 5 Top Dividend Stocks to Buy Now Should Still Perform Well If Stagflation Bubbles Up
Bally’s Corp. (NASDAQ: BALY): Goldman Sachs started coverage with a Neutral rating and a $52 price target. The consensus price objective is $71.71. The final trade for Tuesday was reported at $52.01.

Cloudflare Inc. ( NYSE: NET ): Though Jefferies downgraded the security software stock to Hold from Buy, it also raised the target price to $195 from $135. The consensus target is $135.31. The stock closed Tuesday at $185.36, which was down over 4%. The selling returned in the premarket, when it was down an additional 4%.

Ecolab Inc. ( NYSE: ECL ): JPMorgan's downgrade was from Neutral to Underweight with a $230 price target. The consensus target is $233.06. The stock rose almost 4% on Tuesday to close at $230.28. As it is trading right at a 52-week high after a strong move, this looks like a valuation call.

FuboTV Inc. ( NYSE: FUBO ): BTIG Research started coverage with a Neutral rating. The shares have traded in a wide range over the past 52 weeks of $12.40 to $62.29 a share. The final trade for Tuesday was reported at $29.27.
ALSO READ: 5 Dividend Aristocrats Stocks Have Raised Their Dividends for Almost 60 Years
Kite Realty Group Trust (NYSE: KRG): Jefferies started coverage with a Buy rating and a $26 price target. That compares with a consensus target of $24.50 and Tuesday’s closing print of $21.22.

Make My Trip Ltd. (NASDAQ: MMYT): Goldman Sachs reiterated a Buy rating on the shares and bumped the target price to $42 from $41. The consensus target is just $34. The shares closed on Tuesday at $28.52, which was up almost 4% on the day.

Olin Corp. ( NYSE: OLN ): This chemicals company was named as the Bull of the Day at Zacks, which pointed out that inflation is great for companies like this one. Shares most recently closed at $58.06 and have a consensus price target of $70.56, which would be an all-time high.
Playtika Holding Corp. ( NASDAQ: PLTK ): BTIG Research started coverage with a Buy rating and a $35 price objective. The consensus target is up at $39.22. The stock closed Tuesday at $28.28.

Redbox Entertainment Inc. (NASDAQ: RDBX): B. Riley Securities started coverage of the popular self-serve video company with a Buy rating and a $35 price target. The stock was last seen on Tuesday trading at $15.84, after a stunning 33% gain for the day. The stock followed through in the premarket with another 14% rise.

SmartRent Inc. (NYSE: SMRT): Goldman Sachs began coverage with a Buy rating and an $18 price target. The consensus target is $14. The stock closed at $12.02 on Tuesday and was up over 3% in Wednesday's premarket.

Toro Co. (NYSE: TTC): BofA Securities downgraded the shares to Underperform from Neutral and slashed the target price to $85 from $118. The consensus target is $118. The shares closed on Tuesday at $99.63. The stock was down almost 5% in premarket action on virtually no news.

Zynga Inc. ( NASDAQ: ZNGA ): BTIG Research began coverage of the mobile video game company with a Buy rating and a $10 price target. The consensus target is up at $11.51. The stock closed on Tuesday at $7.37.
ALSO READ: 5 Buy-Rated Blue Chips Are Raising Their Dividends This Week
Five top stocks have among the highest median returns during periods of stagflation. They are very good ideas for nervous investors , as they should be able to ride out periods of volatility and the inevitable large sell-off.

After a tumultuous 2020, the year 2021 has been more or less straight up for the market as a whole. Barring a few selloffs throughout the year, none of which reached the double-digit percentage level, the S&P 500 has had smooth sailing. ...
STOCKS・23 HOURS AGO
The Motley Fool

3 Bargain-Bin Value Stocks That Are Too Cheap to Ignore

This basket of value and dividend stocks can help you sleep at night.
STOCKS・1 DAY AGO
24/7 Wall St.

Fortunes will likely be made with the metaverse. Investing in these stocks is a great way to get started.
STOCKS・12 HOURS AGO

A sell-side fundamental analyst has downgraded Citicorp (C) but it has been weakening for the past six months. In our last review of C on October 11, we wrote that "Traders could go long C at current levels. You may not get a dip to buy. Risk to $66 for now. Add to longs on strength above $75.21. Our price targets are $86 and then $136 for now."
STOCKS・7 HOURS AGO
The Motley Fool

These income stocks, with yields ranging from 8.4% to 9.3%, are screaming buys.
STOCKS・12 HOURS AGO
The Motley Fool

Should You Buy This Blue-Chip Dividend Stock?

Lowe's operating fundamentals and balance sheet both appear healthy, but does the current valuation justify buying the stock?
STOCKS・9 HOURS AGO
The Motley Fool

Will Affirm Be a Trillion-Dollar Stock by 2030?

Could the BNPL darling join the 12-zero club in a decade?
STOCKS・9 HOURS AGO

A couple of SEC investigations have cooled off share prices for some popular meme stocks.
STOCKS・4 HOURS AGO
The Motley Fool

A top Wall Street strategist makes the case for quality small-cap stocks for 2022. These five Buy-rated stocks come with solid and reliable dividends, and they look like great ideas now for wary investors.
STOCKS・10 HOURS AGO
The Motley Fool

3 Stocks I'm Buying for Retirement if the Market Crashes

Some people think a market crash is just around the corner; these three stocks are worth scooping up if that occurs.
STOCKS・1 DAY AGO
The Motley Fool

After a Successful IPO, Is It Too Late to Buy GlobalFoundries Stock?

GlobalFoundries stock has surged since its late October IPO.
STOCKS・10 HOURS AGO
MarketWatch

Hertz stock jumps after analysts recommend investors buy, while at the same time saying rival Avis Budget is a sell

The Dow Jones Industrial Average on Monday afternoon was on track for its best point and percentage gain in more than a year, as investors bought a recent dip in stocks that has been at least partly precipitated by fears of the COVID omicron variant and worries about Federal Reserve policy. Monday's gains saw the Dow rise 2.1%, or 713 points, which would mark the sharpest percentage gain for the 30-stock index since Nov. 9, 2020 when it gained 834 points, or 2.95%, FactSet data show. The session's gain was being powered primarily by advances in UnitedHealth Group Inc. , Goldman Sachs Group Inc. , Home Depot and Visa Inc. . Only shares of Nike Inc. , salesforce.com and Verizon Communications Inc. were trading in negative territory among the Dow's components in afternoon trade.
STOCKS・4 HOURS AGO
The Motley Fool

Why Magnite Plunged 34.8% in November

An uncertain outlook for advertisers caused this high-flying growth stock to fall hard.
STOCKS・8 HOURS AGO