First London-New York flight after US travel ban lifts is selling for £1,740 – in economy 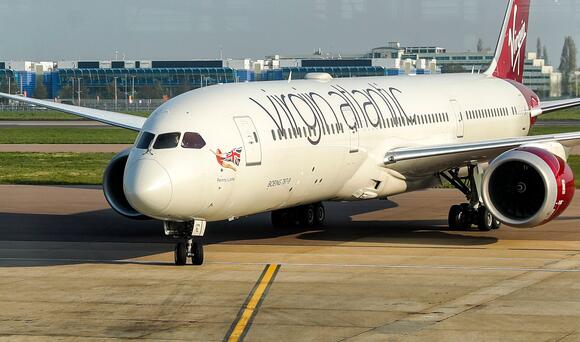 Normally November is the lowest of seasons for economy class travel across the North Atlantic, with no UK school holidays and only the US Thanksgiving celebration to stimulate demand.

But following the announcement that travel from the UK to the US will reopen on Monday 8 November, air fares are soaring – with desperate travellers prepared to pay two or three times the normal rates to see loved ones, or return to properties left empty for 20 months.

The first departures from the UK to the US after the border opens on 8 November will be on British Airways and, almost simultaneously, Virgin Atlantic from London Heathrow to New York JFK.

Economy class seats on the Virgin Atlantic flight are currently selling at £1,740 one way – or £2,144 with a return flight a week later.

British Airways is £10 cheaper for the one-way flight, with a cut-price option of £995 if a return flight a week later is included.

The £1,730 fare on BA is exactly the same on all eight British Airways departures to New York that day.

Much of the demand is driven by British travellers desperate to see loved ones. Travel from the UK to the US has been banned since March 2020 by a series of presidential proclamations.

The spike in fares subsides quickly on most routes.

Travelling out from Heathrow to New York a week later, for a one-week stay, the Virgin Atlantic fare falls to £352 return, with BA even cheaper at £337 return.

The 8 November reopening is proving extremely popular on other routes.

Virgin Atlantic’s Manchester to Orlando link is completely sold out westbound from Monday 8 to Thursday 11 November. Travelling out on 15 November for a week the fare is still high, at £981 return – without checked baggage.

Between Heathrow and Miami on American Airlines or British Airways, there are no seats available – in any class – on 8 November. The option offered by AA is a one-stop trip via Chicago for £1,639 one-way, with prospective travellers warned only one seat remains at this fare.

In comparison, United Airlines’ fare of £960 return for basic economy between London Heathrow and San Francisco looks a relative bargain.

Bargain hunters can find plenty of deals later in November. Between Heathrow and Miami, departing on 15 November for a week, British Airways has seats available at £395 return – offering a much cheaper option for people prepared to travel further at either end of the journey rather than pay the Virgin Atlantic fare from Manchester to Orlando.

For the first week of December, Virgin has an economy fare of £372 return between Heathrow and Los Angeles.

But there are also buyers of Upper Class on Sir Richard Branson ’s airline, at a fare of £9,341 return.

Also on 8 November, British Airways will return its Airbus A380 “SuperJumbo” to service – initially on short hops to Frankfurt and Madrid.

‘Pent-up demand’ as US lifts travel ban from 33 countries

Once again the United States is welcoming international travelers from previously banned parts of the world, including the UK, Canada, Mexico and the European Union.
U.S. POLITICS・29 DAYS AGO
Time Out Global

Black Friday is here, so if you were hoping for a 2022 getaway but also want a bargain, now’s the time to book. Most flight companies are running discounts over the weekend – keep your eye out for Ryanair’s flash sale and majorly reduced all-inclusive deals. British Airways has also...
LIFESTYLE・12 DAYS AGO
newscenter1.tv

BRUSSELS (AP) — The White House said Friday the U.S. will restrict travel from South Africa and seven other countries in the region beginning Monday due to a new COVID-19 variant. The world is confronting a new coronavirus variant, and officials have named it “omicron.” A World Health Organization panel...
U.S. POLITICS・12 DAYS AGO
simpleflying.com

Despite the Netherlands banning passengers arriving on flights from southern Africa, KLM has said it intends to keep flying from Amsterdam to South Africa. The Dutch government has banned the ban entry of people from South Africa, Lesotho, Eswatini, Botswana, Namibia, and Zimbabwe after a new variant of COVID-19 was discovered.
WORLD・10 DAYS AGO

Editor's note: Find the latest COVID-19 news and guidance in Medscape's Coronavirus Resource Center. The World Health Organization (WHO) on Friday classified a new COVID-19 variant from South Africa as a variant of concern, which means it could be more contagious, cause more severe disease, and reduce the efficacy of vaccines and treatments.
PUBLIC HEALTH・12 DAYS AGO
WDIO-TV

The world is confronting a new coronavirus variant, and officials have named it “omicron." As of Friday, Canada bannning entry of foreign nationals who have traveled through southern Africa after discovery of this new variant. A World Health Organization panel has classified it as a highly transmissible virus of concern....
WORLD・12 DAYS AGO
Boston 25 News WFXT

BOSTON — A Delta Airlines flight from South Africa was diverted from Atlanta to Boston’s Logan Airport Sunday morning. A Delta representative said the diversion was due to technical specifications and did not cite the newly identified Omicron variant as a reason for the unexpected pit stop. No passengers got...
BOSTON, MA・9 DAYS AGO
KTVU FOX 2

Are more restrictions coming after US imposes travel ban on 8 African countries?

SAN FRANCISCO, Cali - Starting Monday, the U.S. will impose travel restrictions to and from eight countries in the southern part of Africa. This is in response to the World Health Organization naming the new "omicron" variant a "virus of concern." The new variant is now on the minds of...
SAN FRANCISCO, CA・10 DAYS AGO

BRUSSELS (AP) — The discovery of a new coronavirus variant sent a chill through much of the world Friday as nations raced to halt air travel, markets fell sharply and scientists held emergency meetings to weigh the exact risks, which were largely unknown. A World Health Organization panel named the...
TRAVEL・12 DAYS AGO
BoardingArea

Good News: India to lift ban on commercial flights after 20 months. Regular flights to resume in December 2021 (with some exceptions)

France to lift ban on Southern Africa flights from Dec 4

Paris [France], December 2 (ANI): France has said it will start allowing flights from Southern Africa to land on its territory from Saturday, but with "drastic" restrictions allowing only French and European Union residents to disembark, along with diplomats and flight crews. Gabriel Attal, a government spokesperson, after a weekly...
LIFESTYLE・6 DAYS AGO
kingstonthisweek.com

OTTAWA – Canada is closing the border to all foreigners who have been to seven countries in southern Africa in the last 14 days as a new COVID-19 variant of concern raises alarms around the world. The ban and a host of new testing and quarantines requirements for Canadians returning...
TRAVEL・12 DAYS AGO

Aer Lingus on December 1, 2021 celebrated the launch of its very first direct flight, EI45, from Manchester to New York, JFK as the airline expands its transatlantic services for customers from the UK and marks its first direct flight between the UK and the United States. The Irish flag...
AEROSPACE & DEFENSE・6 DAYS AGO
TravelPulse

Southwest Airlines Puts Winter Flights on Sale From $39 Through December

Southwest Airlines is making it easier for people to give themselves and others the gift of travel this holiday season by putting winter flights on sale from as low as $39 one-way this December. Travelers have until 11:59 p.m. CT on December 30, 2021, to book the discounted seats. Deals...
LIFESTYLE・1 DAY AGO
eturbonews.com

TOKYO (AP) — Japan says it has retracted a ban on new incoming international flight bookings to defend against the new variant of the coronavirus only a day after the policy was announced, following criticisms that it was an overreaction. The transport ministry on Wednesday issued a request to international...
LIFESTYLE・6 DAYS AGO

Golfers withdraw, scramble for flights out of South Africa ahead of UK's new COVID-19 travel ban

Golfers from the United Kingdom withdrew from the Joburg Open on its first day in an attempt to get home safely after the government announced it was banning flights from South Africa because of the new COVID-19 variant. The inaugural season of the DP World Tour began Thursday with the...
WORLD・12 DAYS AGO
travelweekly.com

Japan's first confirmed infection from the new Omicron coronavirus variant is in a Namibian diplomat who recently arrived from his country.
TRAVEL・8 DAYS AGO