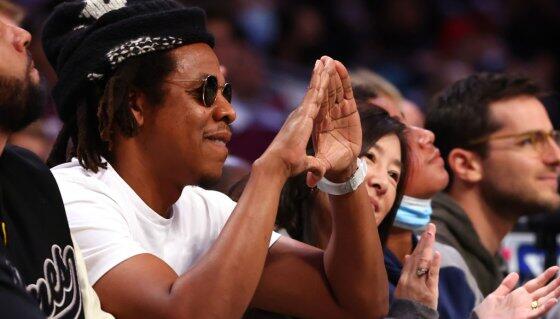 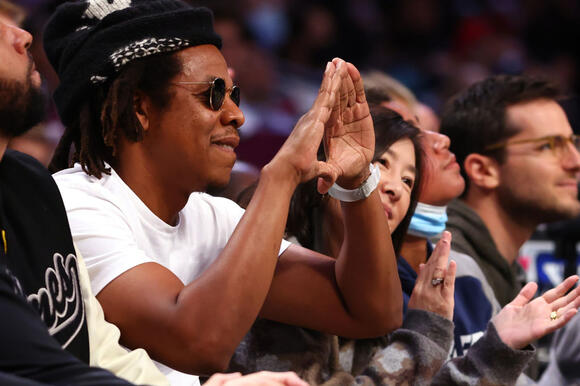 This Friday (Oct. 29), we’re finally going to be going back to the cowboy era for the first time since Django set the Candyland plantation ablaze when The Harder They Fall hits movie theaters, and to get us even more amped for the film, Roc Nation gave us a sneak peak of a cut that’s going to be exclusive to the film’s soundtrack.

Titled “King Kong Riddim,” the cut features three of Hip-Hop’s hardest rappers in Jay-Z, Jadakiss, and Conway The Machine and features Backroad Gee and in the snippet we can hear Jada and Jay drop the kind of bars you’d expect to hear from them during their block-huggin’ days. With Kiss rapping about being “wild boys/King Kong of the cowboys/you see the blood shed after you hear the the loud noise,” and Jay spitting about Brooklyn being a zoo with heads walking around with “banana clips,” y’all know this one is gonna be for the heads.

Unfortunately we didn’t get any bars from Conway The Machine but fans know that man does not disappoint and if he’s on a track with Kiss and Hov, y’all know he’s going to bring the heat of three summers on it. We can’t wait to hear this joint in it’s entirety. Hopefully a video drops with it.

Check out the snippet below and let us know if you’ll be checking out The Harder They Fall and giving it’s soundtrack a listen.

If you don't like Jay-Z's music, you still can't help but applaud the work ethic that led to his induction in the Rock and Roll Hall of Fame. The Brooklyn rapper has rightfully deserved the title of GOAT throughout his years but the recognition he receives these days is a testament to his consistency, longevity, and commitment to prove himself every time he steps to the plate.
CELEBRITIES・11 DAYS AGO
hot969boston.com

25 of Jay-Z’s Most Iconic Lyrics

Jay-Z is one of the most influential artists that only scratches the surface at hip-hop alone. Jay-Z, born Shawn Carter, has continued to stay relevant through music and lucrative business deals that made him the first rapper billionaire. As of 64th Grammy Awards he is now the most Grammy-nominated artist with 83 nods surpassing Quincy Jones. Jay-Z continues to set the standard in hip-hop by reaching to new heights of success.
MUSIC・2 DAYS AGO
97.9 The Box

One lucky bidder will soon get the opportunity to obtain some never-before-seen photos and even music from 2Pac now that a hard-drive belonging to his former bodyguard is set to hit the auction block.
MUSIC・4 DAYS AGO
thesource.com

Pharrell Details Working with Jay-Z as “Weird” and “Amazing”

Pharrell, alongside his production partner, Chad Hugo, has collaborated on a number of hit songs with Jay-Z. The list includes “I Just Wanna Love U,” “Excuse Me Miss,” “Frontin,” “Change Clothes,” and more. The legendary producer recently spoke with Mark Ronson on Fader’s Uncovered Podcast where he detailed Hov’s unique...
MUSIC・4 DAYS AGO

Pharrell Williams has recorded with a who's who of music, including Beyoncé, Rihanna, Mariah Carey and Kanye West, and he's worked more than anyone else with one of the new members of the Rock & Roll Hall of Fame, Jay-Z. They began recording in 1999, and their seemingly endless list of hits includes "Frontin'," "Excuse Me Miss" and "Change Clothes."
MUSIC・5 DAYS AGO
Laredo Morning Times

Brooklyn is having a proud moment on this Tuesday, as Jay-Z has become the most-nominated artist in Grammy Awards history, with his three 2022 noms pushing him to 83. He had previously been tied with legendary producer/composer Quincy Jones at 80. Jay, who last released an album in 2017, is...
BROOKLYN, NY・12 DAYS AGO
97.9 The Box

Too bad this piece isn't going to be a general release because best believe half of Brooklyn would be rocking this all winter with a pair of Timbs and a Yankee cap in honor of the Hip-Hop legend.
APPAREL・12 DAYS AGO

Rising Star: Meet the Bushwick Kid Who Scored an Interview With Jay-Z

When BK Reader catches up with 11-year-old Jazlyn Guerra after school this week, she’s on her way to interview a celebrity sportsperson. She can’t say who — we’ll have to wait and see — but the Bushwick school student, kid reporter and host of Jazzy’s World TV is diligently practicing her questions on the 45 minute drive to the interview.
BROOKLYN, NY・11 DAYS AGO
HipHopDX.com

Conway The Machine had the opportunity of a lifetime when he and his Griselda brothers Westside Gunn and Benny The Butcher linked with Kanye West last year. Although Benny didn’t make the cut, Conway and Westside guested on the Donda track “Keep My Spirit Alive” alongside singer KayCyy. With his...
MUSIC・10 DAYS AGO
hotnewhiphop.com

It’s December 4th, which means that today, hip-hop icon JAY-Z turns 52. The rapper has had a huge year, so to celebrate with him we’ll be streaming classic throwback hits all day, including 2009’s “Empire State Of Mind,” featuring Alicia Keys. Whether you’re a New Yorker or not, you have...
MUSIC・1 DAY AGO
mxdwn.com

Since the nominations for the 2022 Grammy Awards were announced on Tuesday, artists, both new and experienced, have shared their reactions. Some of the most impressive nominations, though, are those for Jay-Z, who just surpassed Quincy Jones for the greatest number of Grammy nominations. According to Consequence, the Brooklyn-based rapper...
CELEBRITIES・9 DAYS AGO

A Look Back At Jay-Z’s Natural Hair Journey

Happy birthday, Jay-Z! Let's look back at the emcee's natural hair journey in honor of his 52nd birthday.
CELEBRITIES・1 DAY AGO
97.9 The Box

Cardi B Is the First Female Rapper To Go Diamond Twice

Cardi B has added yet another notch to her already star studded belt. She is the female rapper to have multiple songs go diamond which is a pretty big deal. As spotted on Complex the Bronx bombshell’s week is already off to a great start. On Monday, November 29 she found out that her collaboration with […]
BEAUTY & FASHION・4 DAYS AGO
Hello Magazine

Beyoncé is one of the world's most famous singers but to her the most important thing in her life is family. And on Saturday, the Lemonade hitmaker marked her husband Jay-Z's 52nd birthday with her children, Blue Ivy, Rumi and Sir. The family are notoriously private when it comes to...
CELEBRITIES・1 DAY AGO
Variety

A musical trailblazer with a sixth sense of marketing and memes, Lil Nas X helped create the soundtrack of 2021 with the ubiquitous “Montero (Call Me by Your Name)” and “Industry Baby.” When it comes to courting virality, the internet-savvy hitmaker is peerless — particularly in the visual medium. By gleefully pushing buttons in the name of social change and self-expression, the 22-year-old has almost single-handedly revived the event video. His ability to harness and build on the resulting publicity makes him Variety’s Innovator of the Year. “Montero” will be forever linked with its groundbreaking visual, which finds Nas sliding into...
MUSIC・3 DAYS AGO
Distractify

If you're one of the millions of fans who were shocked and saddened by rapper King Von's death in 2020 at just 26 years old, odds are that you've felt a bit of a void in your listening library ever since his passing. Fans worldwide have been clamoring for a posthumous release from the rap star, and now, it appears that could finally come to fruition in the form of a full album.
CELEBRITIES・4 DAYS AGO
Black Enterprise

Following the premiere of the 2021 Rock and Roll Hall Of Fame Induction Ceremony on HBO last night, Questlove shared Jay-Z‘s full star-studded introduction video via Instagram today. The Roots drummer directed the clip, which comes in at just a little under four minutes and features celebrities from all walks...
CELEBRITIES・14 DAYS AGO
Complex

The Drake vocals are in yet again. DJ Khaled made a very necessary public service announcement at his 46th birthday party this weekend, telling those in attendance that his latest linkup with Drizzy is on the way. “I got some new music coming out with Drake real soon,” he shouted....
CELEBRITIES・8 DAYS AGO
hypebeast.com

Pharrell sat down with Mark Ronson for an episode of The FADER Uncovered podcast, where he briefly discussed the “odd” yet “amazing” creative process of JAY-Z. About halfway through the episode, Pharrell explained that Hov tends to write his rhymes in falsetto instead of his voice’s regular register. “He’s not good because he’s just made good records, no, he’s really like a character,” he shared. “He’s an odd guy. If you ever spoke to him, have a conversation with him, it’s not a regular conversation. Or when he writes and he’s just sitting there mumbling to himself, in falsetto, by the way.”
MUSIC・5 DAYS AGO