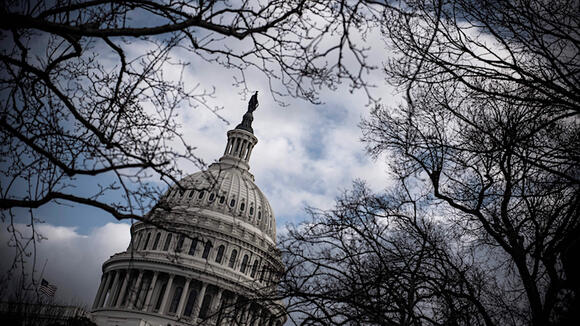 The legislation is called the John Lewis Voting Rights Advancement Act, and is named after the civil rights leader and Congressman who died last year.

The U.S. House passed the measure in August in a very close, party-line vote.

During a virtual news conference Tuesday, State Representative Chris Turner of Grand Prairie, who also serves as the Chair of the House Democratic Caucus said, “We’re calling upon the U..S. Senate to take immediate action to pass this very important bill and get it to President Biden.”

The John Lewis Voting Rights bill would require states like Texas, that have a history of voting rights violations during the past 25 years, to get approval from the U.S. Justice Department before making changes to election rules and political maps for redistricting.

State Representative Nicole Collier, D-Fort Worth, who serves as the Chair of the Texas Legislative Black Caucus said, “A state that experiences 95% of its growth from Blacks, Hispanics, and Asian-Americans seems to me would have an increase in representation, but we didn’t see that.”

U.S. Representative Marc Veasey, D-Fort Worth agreed. “Whether it’s redistricting, whether it’s these laws, we need to have fair and equal representation so we’re not subject to the whims of political priorities of any party.”

On the Senate floor, he said the Congressional Democrats’ bills would interfere with the states’ rights to run their own elections and would favor Democrats. “The Constitution itself gives states the powers to determine how their elections should be run and states are using that authority to make it easier to vote and harder to cheat. Our Democratic friends believe the only answer to this manufactured assault is an unconstitutional partisan power grab that they’ve been pushing for years.”

U.S. Representative Lloyd Doggett, D-Austin disagreed when asked about Senator Cornyn’s remarks. “There’s nothing unconstitutional about it. Indeed, it’s so consistent with the very ideas of the founding of our country that democracy gains when more people participate.”

A vote has not been set yet in the Senate, but could come as early as this week.

Passing the measure in the Senate would first require 60 votes to discuss it, and the votes aren’t there yet.

During the news conference, Doggett called on President Joe Biden to put pressure on Senators to change the requirement to debate the bill. “We need the President to fully engage with those Senators who’ve been resisting making an exception.”

(CNN) — On Monday, New York Democratic Rep. Tom Suozzi announced he plans to leave his 3rd District seat behind to run for governor in 2022. Asked about whether control of his seat -- or the House more generally -- mattered much in his decision, Suozzi said it "wasn't a big factor."
CONGRESS & COURTS・1 DAY AGO
NBC News

Joe Manchin isn’t the only person in the Senate with power over Joe Biden’s legislative agenda. The fate of key provisions included in the Build Back Better bill also rests with the Senate parliamentarian ― the official in charge of advising senators on rules and procedure. This week, lawmakers and...
CONGRESS & COURTS・9 HOURS AGO
Axios

Centrist Democrats are pushing President Biden to suspend the federal gas tax as a way of showing concern about inflation. Why it matters: It's the strongest response yet from Democrats as Republicans make inflation a key part of their 2022 campaign messaging — but so far it's largely coming from candidates, not party leaders in Washington.
WASHINGTON, DC・3 HOURS AGO

Now that House Democrats have passed President Joe Biden’s Build Back Better reconciliation bill, when, if ever, will the Senate begin voting on the legislation?. The Senate is on Thanksgiving break now, and they are due to come back Monday. They will not immediately take up BBB next week because they are still working on the National Defense Authorization Act, legislation Democrats wanted to wrap up before Thanksgiving but failed.
PRESIDENTIAL ELECTION・6 DAYS AGO
CBS News

WASHINGTON (AP) — It took half a year but Democrats have driven President Joe Biden's $2 trillion package of social and climate initiatives through the House. It gets no easier in the Senate, where painful Republican amendments, restrictive rules and Joe Manchin lurk. Facing unbroken GOP opposition, Democrats finally reached...
CONGRESS & COURTS・6 DAYS AGO

RALEIGH – President Joe Biden’s three nominees to become North Carolina’s top federal prosecutors were confirmed on Friday by the U.S. Senate. The Senate voted unanimously for Michael Easley Jr., Sandra Hairston and Dena King to be the next U.S. attorneys for the state. Easley, the Eastern District nominee, has...
RALEIGH, NC・6 DAYS AGO
wpr.org

US Sen. Ron Johnson continues to push state lawmakers to take over federal elections in Wisconsin

Wisconsin U.S. Sen. Ron Johnson continued to push on Tuesday for state lawmakers to take over control of federal elections in Wisconsin amid heightened GOP criticism of the bipartisan state elections agency. Speaking on WPR’s "The Morning Show," Johnson said he has "completely lost confidence in the Wisconsin Elections Commission"...
WISCONSIN STATE・7 DAYS AGO
News 12

After the House of Representatives passed President Joe Biden's Build Back Better Plan last week, Sen. Richard Blumenthal is pushing his colleagues in the Senate to do the same.
CONGRESS & COURTS・8 DAYS AGO
Cleveland.com

WASHINGTON (AP) — A Democratic plan to impose a fee on methane emissions from oil and gas wells has cleared a key hurdle, but it faces strong opposition from the oil and gas industry and criticism by centrist Sen. Joe Manchin. The proposed fee on methane — a powerful pollutant...
ENERGY INDUSTRY・8 DAYS AGO

Vermont’s sole congressman, Democratic Rep. Peter Welch, says he’ll run for Democratic Sen. Patrick Leahy’s Senate seat next year. Welch made the announcement Monday, a week after the 81-year-old Leahy said he won’t seek reelection. The 74-year-old Welch is one of the most liberal members of Congress. Welch has served in the House since 2006 and is one of the state’s most popular politicians. Welch says this is “a critical moment in our democracy and in our country.” Vermont’s independent U.S. Sen. Bernie Sanders has endorsed Welch, lauding his “knowledge and experience.” Republicans say many Vermont residents want a fresh face in Washington.
VERMONT STATE・8 DAYS AGO
Newsweek

"We'll work on it, I believe, probably up until Christmas," said Senator Tim Kaine.
PRESIDENTIAL ELECTION・10 DAYS AGO
Financial World

On Friday, the US House of Congress had voted 220-213 to pass the US President Joe Biden’s $1.75 trillion social spending bill, sending it to US Senate where it would likely to meet with further competition contemplating the bulge and allocation of the proposal amid a sky-scrapping US inflation. Nevertheless,...
CONGRESS & COURTS・10 DAYS AGO
KTAR News

WASHINGTON (AP) — A fractious House handed President Joe Biden a marquee victory Friday by approving a roughly $2 trillion social and environment bill, as Democrats cast aside disputes that for months had stalled the measure and hampered efforts to sell their priorities to voters. Lawmakers approved the legislation 220-213...
CONGRESS & COURTS・11 DAYS AGO

House Democrats pass Biden's $2 trillion bill with child allowance and social benefits, sending it to the Senate where Manchin may still sink it

President Joe Biden’s $1.75 trillion “Build Back Better” social spending act that Progressive House Democrats have been championing has passed by a vote count of 220-213, with one Democrat voting against it. Speaker Nancy Pelosi split up the social spending measure from the infrastructure bill in order to get legislation...
CONGRESS & COURTS・11 DAYS AGO
Roll Call Online

Senate pushes action on defense bill to after Thanksgiving

The Senate on Friday pushed off further action on its annual defense policy bill until after the Thanksgiving break, having failed to strike a deal on which amendments will get votes. Armed Services Chairman Jack Reed, D-R.I., filed cloture Friday on the underlying bill and his substitute placeholder amendment to...
CONGRESS & COURTS・11 DAYS AGO
WRBL News 3

The most recent version of the Build Back Better Act includes $100 million to speed up processing of immigration benefits and provisions to protect from deportation up to 7 million immigrants, according to some estimates.
TEXAS STATE・11 DAYS AGO