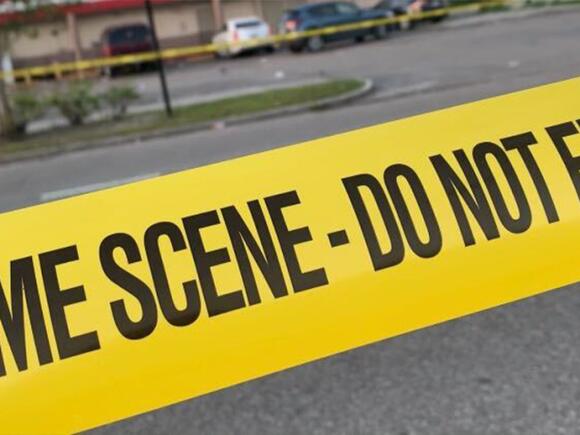 St. Petersburg Police said a body was found Tuesday morning after officers responded to a call about a car underwater.

According to police, the initial call came in of a submerged car near the intersection of 62nd Avenue NE and Bayou Grand Blvd NE in St. Petersburg. When officers arrived, they found a gray 2014 Volkswagen Passat in the water.

A serial bank robber, with a history of robbing banks two decades ago, was arrested Tuesday within minutes of robbing a Clearwater bank, police said.
CLEARWATER, FL・3 DAYS AGO

A Lutz man accused of killing a woman and dumping her body parts into McKay Bay will stay in custody. That's after a judge's ruling earlier today.
TAMPA, FL・1 DAY AGO
ABC Action News WFTS

The family of a 14-year-old Tampa girl hopes the public can help bring her home. They said the last five days have dragged on.
TAMPA, FL・4 HOURS AGO
ABC Action News WFTS

A pedestrian was killed early Monday morning in a deputy-involved crash in Largo, according to the Pinellas County Sheriff's Office.
LARGO, FL・4 DAYS AGO
ABC Action News WFTS

Police educate drivers, bicyclists and pedestrians about rules of the road

St. Pete police officers are educating drivers, pedestrians and bicyclists about the rules of the road during a statewide campaign.
SAINT PETERSBURG, FL・2 DAYS AGO

Hillsborough County Fire Rescue says they are still investigating what started the fire in an upstairs unit of a Tampa apartment complex.
TAMPA, FL・3 DAYS AGO
ABC Action News WFTS

A man accused of killing and dismembering a woman and dumping her body into McKay Bay will find out whether or not he'll be offered bail.
PUBLIC SAFETY・3 DAYS AGO
ABC Action News WFTS

Neglected senior dog on the mend after abandoned at airport

A neglected senior dog is now on the mend after it was abandoned at Tampa International Airport this week when the owner didn’t have the right paperwork to bring it on a flight.
TAMPA, FL・1 DAY AGO

Residential evictions continue to increase in Tampa Bay, but some of these evictions are happening while residents are waiting for emergency rental assistance from programs like OUR Florida.
FLORIDA STATE・2 DAYS AGO
ABC Action News WFTS

The FDLE is investigating after a Hillsborough County man was found dead in Lake City Sunday. According to state law enforcement, a local rapper from Riverview is accused of killing him.
TAMPA, FL・5 DAYS AGO
ABC Action News WFTS

The Tunnel To Towers Foundation will create a place called Let Us Do Good Village. They’ll build about 100 homes on the land and give them away to seriously injured veterans and to surviving families of fallen military and first responders.
TAMPA, FL・2 DAYS AGO
ABC Action News WFTS

A Hernando Sheriff deputy and a K-9 were in a serious accident at Cortez and Jasmine Friday night.
HERNANDO COUNTY, FL・7 DAYS AGO