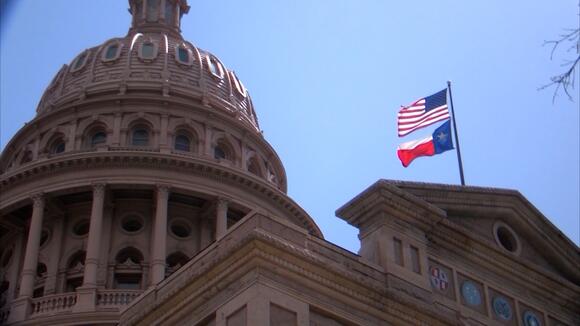 AUSTIN (Nexstar) — On Tuesday, Texas Democratic Congressional members along with state House members are asking U.S. senators to pass the John Lewis Voting Rights Advancement Act, which is currently stalled due to the Senate’s filibuster.

“The Senate’s passage of the John Lewis Voting Rights Advancement Act is pivotal to protecting Texans from the discriminatory GOP-led voting laws and redistricting schemes that have been pushed through by Republicans in the Texas State Legislature,” the Texas House Democratic Caucus said.

During the virtual press conference, Rep. Lloyd Doggett, D-Texas, said each day that passes presents a threat to voting rights in America.

“It is day by day growing late in dealing with the fundamental question of whether we’re going to build back and maintain our democracy,” Doggett said.

Senate Majority Leader Chuck Schumer previously announced he intends to bring the legislation to the Senate floor as soon as this week.

The elections bill is the same bill that caused Texas House Democrats to flee the state and break quorum back during the first special session.

The bill, which finally passed during the second special session in August, would ban 24-hour voting and drive-thru voting, and add more identification requirements for mail-in ballots, which Democrats said will disenfranchise minority voters.

But Republicans point out that drive-thru voting was only implemented during the pandemic, and going back to pre-pandemic voting protocols does not equal disenfranchisement. They also add that the ban on 24-hour voting is not an outright ban, it sets uniform voting hours for all counties in Texas.

“That is not part of normal Texas election law. So SB 1 just takes it back to what it was before the pandemic,” he said. “This is really Democrats trying to get federal control over state elections.”

Additionally, the bill provides that employers must provide a day off for early voting as well.

Democrats are also hoping the act will help with the redistricting maps the Governor just officially signed Monday. They said the final versions of the maps are detrimental to minorities as well, and Republican lawmakers were able to pass them without preclearance this time around.

The John Lewis Act would add preclearance back into the process.

“It gives the advantage to those that they want to harm — communities of color — for their for their political benefit. And so, you know, we can take the congressional District 35, which is here in Austin and runs the San Antonio,” Rep. Trey Martinez Fischer said last week. “Today, as it as we sit 53% of that district is Hispanic citizen voting age population, which makes it a Hispanic opportunity district [previously]. Under the maps that have been sent to the governor’s office, that note that now goes down, I believe, to like 46-48%, that is a clear example of how you roll back the clock and take away the minority communities ability to elect a candidate of their choice.”

John Lewis did about as much as George Floyd for his people. We have all the voting rights we need…and more Voting abuse than we need. Voting Booths shouldn’t be in the cemeteries!

Besides being Unconstitutional it show a disrespect for the decisions of the Supreme Court! States determine voting regulations not the Congress!

Why does showing ID cause these demonrats to become apocalyptic?

A federal judge on Tuesday blocked President Joe Biden’s administration from enforcing a COVID-19 vaccine mandate for employees of federal contractors, the latest in a string of victories for Republican-led states pushing back against Biden’s pandemic policies.
CONGRESS & COURTS・22 HOURS AGO
KXAN

The former George W. Bush political strategist had launched a bid to win the Democratic nomination for lieutenant governor. On Tuesday, Dowd said he’s stepping aside to make way for a “diverse field” of candidates in the race.
TEXAS STATE・23 HOURS AGO
KXAN

The Texas primary election is scheduled for March 1, but some say it could be put on hold because of a new federal lawsuit.
TEXAS STATE・1 DAY AGO
KXAN

The Court's conservative majority signaled last week they would allow states to ban abortion much earlier in pregnancy and may even overturn the nationwide right that has existed for nearly 50 years.
U.S. POLITICS・13 HOURS AGO