This Car Loses Its Value the Most 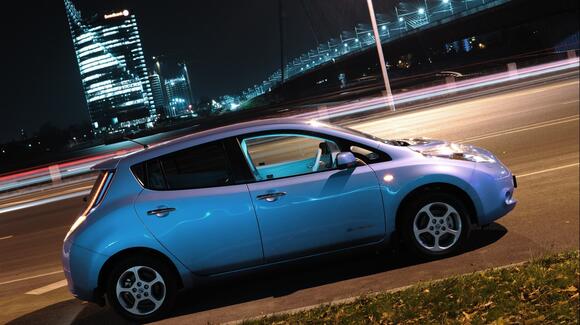 Car prices have skyrocketed in the past year for several reasons. Among them is pent-up demand. Dealerships were closed for weeks, and sometimes months, due to the COVID-19 pandemic. More recently, the supply of cars has plummeted, due in part to a severe shortage of the semiconductors used in car electronics systems. This shortage will not let up until next year. In the meantime, many dealers are nearly empty, and manufacturers have had to shutter some assembly lines.

Another effect of the shortage is that used car prices have surged as well. People who do not want to wait for the latest make and model of the cars they want buy them used instead. Yet, not all cars hold their prices well over time, despite this surge in demand.

For its " Top 10 Cars That Hold Their Value Best : Five-Year-Car Depreciation Across All Vehicle Segments," research and car sales company iSeeCars reviewed over 8.2 million car sales to identify vehicles from the 2016 model year with the lowest and highest loss in value from manufacturer's suggested retail price after five years.

We’ve seen record high used car prices over the past 15 months as a result of the microchip shortage, and that has slowed down the average depreciation rate across all vehicles. Vehicles that have historically maintained their value well have depreciated even less this past year, but even in today’s market some cars continue to drastically drop in value.

The average across all vehicles considered was a decline of 40.1%

The car with the highest five-year depreciation is the Nissan LEAF at 65.1%. It is the Japanese manufacturer's small electric-powered car. It has received mostly mediocre reviews from car research organizations and car magazines. It received a score of only 6.5 out of 10 by Car and Driver.

These 20 cars depreciated the most in five years:

Click here to see which is the worst car brand in America.

Car sales began to explode this year, but there are many challenges — mostly lack of inventory due to a shortage of chips used in cars. Despite the challenges, satisfaction with the sales experience at the dealership is unchanged from last year, according to J.D. Power. Not all dealers perform well, however, and the brand […]
ECONOMY・16 HOURS AGO
WTNH

The global microchip shortage has restricted new car supply, which has led to a record surge in used car prices.
BUYING CARS・18 HOURS AGO
MotorBiscuit

Whether you’re a lovesick teen or one of America’s largest automakers, breaking up is hard to do. Ford and Rivian planned on collaborating on electric vehicles, but plans have changed. Now both American automakers have decided to work separately, and that’s perfectly fine. Here’s why Ford doesn’t need help creating great electric vehicles.
BUSINESS・14 HOURS AGO
The Guardian

Will Rivian’s electric vehicles end Detroit’s reign over the US auto industry?

Normal, Illinois, a town of just 55,000 people, could be the future of car manufacturing, according to Wall Street traders, at least. Six hours’ drive away in Detroit, home of the US auto industry for more than 100 years, they are not so sure. The town gained international attention earlier...
BUSINESS・23 HOURS AGO

How to buy, install and use an electric car charger

It's more than just plugging into the wall outlet. Here are the basics, plus the factors that may be big decision-makers for you, such as convenience and cost
TECHNOLOGY・1 DAY AGO
Forbes

A Closer Look At Tesla’s Supercharging Network And Expansion Plans

Tesla’s (NASDAQ: TSLA) network of Superchargers enables Tesla owners to recharge their vehicle in as little as an hour, reducing range anxiety and improving the experience of owning a Tesla. The Supercharger network has grown steadily from around 1,500 stations in Q1’19 to over 3,250 stations as of Q3’21, and the number of connectors, which indicates the number of vehicles that can be charged simultaneously, has expanded from 13k to 29k over the same period.
ECONOMY・1 DAY AGO
CarBuzz.com

These Are The Cars Most Likely To Be Owned By Psychopaths

There is a mutual understanding between road users that we all have to stick to the rules, or at least the right side of the road in order for this whole car thing to work. But on the fringes of road-going society lives a select few that make driving an unpleasant experience for all. Studies and surveys have been conducted throughout the years that have tried to pinpoint bad drivers based on the color and brand of car they drive, and in most instances, the finger points to BMW drivers. The AAA foundation for Traffic Safety has also noted that teenagers are a hazard to us all, but Scrap Car Comparison has come up with an interesting way to find out whether or not you're a hazard to fellow road users: by taking a psychopathy test.
HEALTH・1 DAY AGO
Boston Herald

When it comes to sportiness, Audi is always a front runner. In the eyes of Volkswagen and its stout brand Audi, they really know luxury and most of the time produces very practical vehicles. Let’s be honest, its A4 is a great luxury option that is priced correctly while its ever so popular mid-size Q5 is a consumer grand slam. In 2021, we now recognize a more sporty option to the already popular mid-size SUV category; this time being the Audi Q5 Sportback.
CARS・1 DAY AGO

Most reliable cars in America

For many people, the absolute worst thing they could experience with a car is for it to break or have a problem. The good news is there are cars that will ease the anxiety of their owners with infrequent trips to the shop. According to Consumer Reports, using data from its annual survey of subscribers, the following ten vehicles are the most reliable in the country, and are ordered from most to least reliable.
CARS・3 DAYS AGO
WCVB

These Luxury Car Brands Have the Worst Resale Values

Luxury cars are not immune from rapid depreciation. Just because you plunk down more money for a premium model doesn't mean it's going to be better, last longer, or retain more of its value compared to vehicles from mainstream brands. And if we've learned anything about resale value, it's that traditional conveyances like sedans are becoming more passe, and in-demand SUVs tend to hold onto their original values better over time.
BUYING CARS・4 DAYS AGO
MotorTrend Magazine

If you're looking for an all-wheel-drive car, your choices have never been more diverse. Growing numbers of automakers are making this traction-adding feature optional or even standard on a wide range of models, with some of the most popular cars on the market benefiting from an additional set of drive wheels.
BUYING CARS・3 DAYS AGO
Motorious

Unless you’ve been living in a cave or under a rock, you know for about a year automakers have been suffering from a shortage of microprocessor chips which are necessary for a number of features. This has meant auto giants shuttering factories for weeks on end, trimming back on production, and even storing unfinished cars in hopes they can install the chips at a later date. With predictions of this situation being alleviated in a matter or months or even a couple of years, it might be shocking to hear Toyota has already found a solution.
BUSINESS・4 DAYS AGO
techstartups.com

Eleven days ago, we wrote about Rivian after the Amazon-backed electric vehicle-truck startup made its Wall Street debut as a public company. Rivian opened at $106.75 per share after being priced at $78. By the time the market closed, shares of the Plymouth, Michigan-based Rivian rose by 2%. Over the...
PLYMOUTH, MI・5 DAYS AGO
GOBankingRates

Ford Plans to Beat Chip Shortage by Making Its Own

Saddled with a months-long shortage of computer chips due to global supply chain disruptions, Ford Motor has finally decided to take matters into its own hands. The automaker last week announced plans...
BUSINESS・5 DAYS AGO
The Motley Fool

The news implied to investors that Ford is comfortable pursuing a transition to EVs on its own. Ford Motor (NYSE:F) began its path toward investing in electric vehicles (EVs) before many of its announcements on the Mach-E or F-150 Lightning. Way back in April 2019, Ford made a $500 million investment into EV start-up Rivian Automotive (NASDAQ:RIVN). That relationship has come into more of a focus in recent days after Rivian went public and now sports a market cap well above that of Ford. That same relationship is what pushed shares of Ford up sharply today. Its stock closed Monday's session up 5.4%, though it jumped as much as 7.2% earlier today.
ECONOMY・5 DAYS AGO
TechSpot

The big picture: Dodge over the summer said its first electric cars… er, American eMuscle vehicles, would arrive in 2024. We now know that their arrival will usher out two of the company’s most popular gas-powered vehicles. It's the end of an era, and the dawn of a new one, converging.
BUSINESS・4 DAYS AGO
CarBuzz.com

This Is the Most Reliable Car You Can Buy Today

Consumer Reports recently released its annual reliability report, and once again, Japanese brands dominated just as they did across the pond, with the Mazda MX-5 being named the UK's most reliable car. Consumer Reports gives a brand a score out of 100, and the average is usually between 41 to 60 points. The average reliability for Asian brands is 62, followed by European manufacturers with 44, and domestic brands on 18 points.
BUYING CARS・5 DAYS AGO