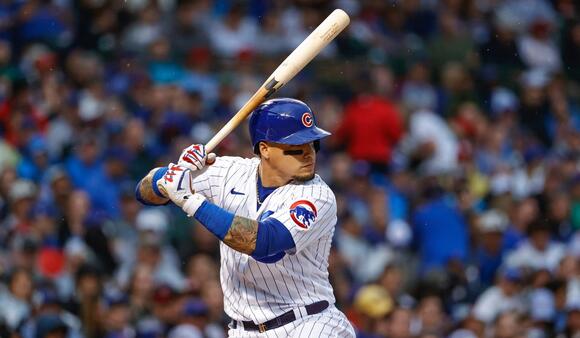 (670 The Score) Jon Heyman of MLB Network and Audacy Sports has a prediction as free agency looms for shortstop Javier Baez.

“I think the Cubs are going to get him back,” Heyman said on his Big Time Baseball podcast.

Baez played his first seven-and-a-half MLB seasons for the Cubs before being traded to the Mets in late July. He’s set to hit free agency for the first time in his career, and there’s still a strong connection between him and the Cubs organization, as Heyman explained on the Mully & Haugh Show on 670 The Score on Tuesday morning while expanding on the topic.

“With Baez, it was only a few years ago when the pandemic hit when they were very close to a deal around, I think, around $160 million, maybe a little more than that,” Heyman said. “I think that’s about the number for Baez anyway. They obviously like him. He likes it in Chicago. He didn’t have any thumbs-down thing in Chicago. So I’m going to say he goes back to the Cubs. Of all the (former Cubs), that’s the one that I think has a chance. (Anthony) Rizzo, it seemed like a bad ending with Rizzo. (Kris) Bryant, I just don’t think he’s going back to the Cubs. I think the Cubs generally need pitching more than hitting anyway. So I don’t know that Baez is a strong likelihood to go back to the Cubs, but of the players that they’ve had, he’s the most likely.”

The “thumbs-down thing” that Heyman referred to was an incident in which Baez and a few of his Mets teammates gave their fans the thumbs-down sign during games because they were upset with the external criticism during their late-season struggles.

You can listen to Heyman’s full interview on the Mully & Haugh Show below.

More problems for Robinson Cano. The New York Mets announced Wednesday “Canó was removed from the Estrellas Orientales roster with lower back discomfort. He has been prescribed physical therapy and is considered week to week.”. ESPN’s Hector Gomez was the first to report on Cano’s plans to play in the...
11 DAYS AGO
The Spun

Former Mets pitcher Pedro Feliciano reportedly passed away in his sleep on Sunday night. ESPN’s Eduardo Perez first had the news on his Twitter account on Monday morning. Feliciano was just 45 years old and was reportedly jet skiing on Sunday with his family. Feliciano played nine seasons in the...
MLB・27 DAYS AGO
ClutchPoints

Newly-signed New York Mets pitcher Max Scherzer spent half of a season with the Los Angeles Dodgers after arriving there via trade at the deadline. Seen as a great fit at the time of the trade, it turns out that things weren’t actually so rosy between Scherzer and the Dodgers. In fact, Scherzer blames the Dodgers for his bad postseason experience.
MLB・4 DAYS AGO
FanSided

The Mets’ interest in re-signing Javier Baez reportedly didn’t end with the club’s agreement with Eduardo Escobar on Friday, yet Baez and the Mets are still “apart on price” in contract talks, according to SNY’s Andy Martino. With Starling Marte and Mark Canha also joining the roster, it would seem as though the Mets are already bolstering the lineup in the event that Baez doesn’t return, and their current focus on pitching upgrades could at least temporarily put an end to their efforts to land Baez or any other position players.
MLB・8 DAYS AGO
Larry Brown Sports

A candidate for the New York Mets’ managerial vacancy is coming out of left field … literally and figuratively. Robert Murray of FanSided reported Friday that former All-Star outfielder Curtis Granderson is among those under consideration for Mets manager. Granderson, who is still only 40 years old, is a surprising...
2 DAYS AGO
CBS Sports

Major League Baseball has seen a free agency surge ahead of a likely lockout. Multiple big-name free agents have inked deals since Friday with business expected to be ground to a halt Wednesday night, when the current collective bargaining agreement expires at 11:59 p.m. ET. Max Scherzer, Corey Seager, Robbie Ray, Javier Báez and Marcus Semien are among the free agents who found new homes in the last few days.
4 DAYS AGO
670 The Score

The Cubs have hired Daniel Moskos as their assistant pitching coach, they announced Monday. Moskos, 35, was a minor league pitching coach in the Yankees’ system for the past two seasons
MLB・20 DAYS AGO

The Cubs have selected the contracts of outfielder Nelson Velazquez and right-hander Ethan Roberts, they announced Friday. Their 40-man roster now sits at 37 players.
MLB・16 DAYS AGO
New York Post

Marcus Stroman took to Twitter after signing with the Cubs to recruit Carlos Correa, but the Astros shortstop took his own initiative to learn what playing for the team would be like. According to a report from Univision’s Mike Rodriguez, Correa called former Cubs shortstop Javier Baez to ask about...
MLB・2 DAYS AGO
FanSided

Steven Matz is one of a number of free agent starting pitchers in high demand and we could know where he’ll call home next as early as Tuesday. The left-hander has eight teams in the hunt yet, and the Chicago Cubs remain among them. Now we’ve talked about how Matz...
MLB・13 DAYS AGO
Detroit Sports Nation

According to a report from Jon Morosi, the Detroit Tigers and free agent SS Javier Baez have had talks contract talks within the last several days. Baez is considered by most to be the 4th or 5th best free agent SS prospect. Stay tuned.
MLB・9 DAYS AGO

Semien, Báez are SS fits if Cubs go big-name hunting originally appeared on NBC Sports Chicago. The Cubs have a need at shortstop. They also have financial flexibility for the first time in several offseasons. Does that mean they need to add a big-name shortstop in free agency?. The Cubs...
MLB・12 DAYS AGO
NBC Chicago

Cubs lose another potential '22 rotation target originally appeared on NBC Sports Chicago. Free agent starter Steven Matz isn't joining the Cubs, but he's coming to the NL Central. Matz has agreed to a four-year deal with the Cardinals, pending a physical, per multiple reports. According to ESPN's Jeff Passan,...
MLB・11 DAYS AGO
The Spun

Report: Javier Baez Has “Had Talks” With 1 MLB Team

The Detroit Tigers may be making a play for notable free agent Javier Baez. According to recent reports from MLB Network insider Jon Morosi, the Tigers have been in contact with Baez regarding a potential deal sometime in the past few days. Baez was acquired by the Mets from the...
MLB・9 DAYS AGO
MLive.com

Tigers linked to Javier Baez, but will shortstop market start to move before looming lockout date?

The Detroit Tigers have recently engaged in contract talks with free-agent shortstop Javier Baez, according to a report from the MLB Network on Friday. That’s not necessarily a surprise, as the Tigers have talked and will continue to talk to all of the top-tier free-agent shortstops. But Friday’s news --...
MLB・9 DAYS AGO
FanSided

Does signing Javier Baez make sense for the Texas Rangers?

Rumors continue to swirl around the Texas Rangers. Jon Morosi from MLB Tonight, indicated that “if the Rangers can’t sign Correa, Baez to Texas makes a lot of sense”. Here is a deep dive into Javier Baez, the player. Age: 29 in December. Drafted by Chicago Cubs, 2011, Round 1,...
MLB・10 DAYS AGO
cubsinsider.com

As a Cubs fan for the better part of five decades, it’s often difficult for me to acknowledge baseball conversations that comingle the Cubs and Mets. Both teams had crossed streams several times before Jed Hoyer traded shortstop Javier Báez to Flushing in July and now both appear to be pursuing some of the same available players, be it El Mago himself or Steven Matz.
MLB・13 DAYS AGO
97.1 The Ticket

While the Tigers are ‘determined’ to sign one of the several star shortstops on the market, they won’t spend $300 million on one player.
MLB・9 DAYS AGO
Yardbarker

With only a handful of days remaining before the expiration of the collective bargaining agreement, MLB free agency is heating up. It certainly sounds like one big name could be poised to sign soon. Shortstop Javier Baez, one of the better players at the position on the market, is being...
MLB・9 DAYS AGO