CoinList notches a $1.5 billion valuation as the trading app rides a wave of crypto enthusiasm 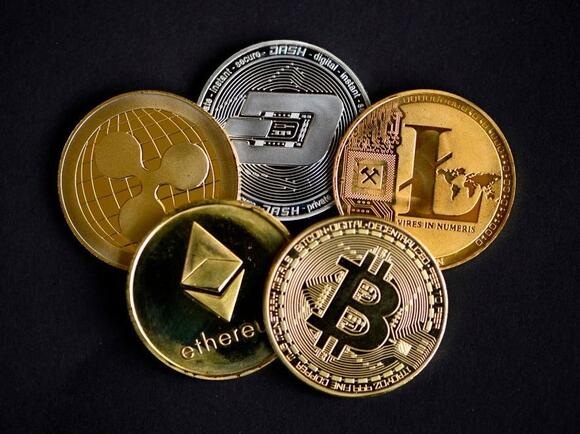 CoinList fetched a $1.5 billion valuation after raising $100 million in its latest funding round, the company said in a Tuesday statement .

The trading app for new digital assets, which launched in 2017, said it focused its fundraising in Asia, Europe, and the Middle East, where it's "growing fastest."

"This represents a major milestone in our mission to accelerate the advancement and adoption of crypto," CoinList said in its statement, adding that it will use the funds to scale its services and better support its community.

Crypto trading on the app has surged this year. The company said its monthly trading volume has increased to $1 billion in 2021 alone.

In the past 12 months, CoinList's global user base has soared more than 40-fold to 4.5 million accounts across 170 countries, Coindesk reported . New crypto projects such as Solana, Mina, Algorand, and Flow have all used CoinList to disseminate their tokens, Coindesk added.

Meanwhile, investors have flocked to the digital asset space this month, following the approval of the first-ever bitcoin linked exchange-traded fund .

If you invested $2 in SHIB to begin the year, you're now a millionaire. In spite of its popularity, Shiba Inu lacks real-world utility and competitive advantages. However, this crypto trio offers a competitive edge and real-world use case. If you think the stock market's historic bounce from the coronavirus...
MARKETS・1 DAY AGO
CNBC

CNBC's Jim Cramer said Wednesday investors should start to nibble on some beaten-down stocks now that the first case of the Covid omicron variant has been detected in the U.S. "For days I've told you we were waiting for the other shoe to drop and it just hit today," the "Mad Money" host said.
STOCKS・21 HOURS AGO
Markets Insider

Cathie Wood is no stranger to big calls – and she's just made another huge one. The Ark Invest founder and CEO told CNBC Wednesday she thinks the metaverse will be a multitrillion-dollar opportunity that will impact every part of the economy. "It's a big idea that will probably infiltrate...
STOCKS・9 HOURS AGO
The Motley Fool

2 Leading Cannabis Stocks To Buy in 2021 and Beyond

In case you missed out on these pot companies, it isn't too late to get in.
STOCKS・7 HOURS AGO

BTC has consolidated nicely after its most recent record run. Cryptocurrencies have been hot in the past few months to say the least, with many of them doubling in that time frame, or better. The mothership, Bitcoin (BTC-USD), has been a relative underperformer given the money that has flowed to smaller coins, but I see the current setup as quite bullish, and I continue to think we’re going to see new highs in the relatively near future. Below, we’ll take a look at why I like the chart for a continued rally, and why the regulatory environment continues to improve for the world’s largest anti-fiat.
MARKETS・21 HOURS AGO
Markets Insider

CNBC's Andrew Ross Sorkin asked Ray Dalio how he reconciled allegations of human-rights abuses against China with his investing style.
ECONOMY・5 HOURS AGO
The Motley Fool

These high-flying digital currencies are poised to plummet.
MARKETS・11 HOURS AGO
dailyhodl.com

A Bitcoin (BTC) whale moved more than $875.7 million worth of Bitcoin in a single transaction as BTC’s price continued to move sideways on Tuesday. The blockchain tracker Whale Alert first reported a transaction between two unknown wallets on Tuesday morning. A separate unknown wallet also received less than 0.002 BTC from the sending wallet.
MARKETS・1 DAY AGO

One under-the-radar altcoin is surging after a surprise listing by top US crypto exchange Coinbase. In a new blog post, Coinbase says that the Biconomy (BICO) token will start trading on Coinbase Pro later today once appropriate liquidity conditions are met. BICO is an Ethereum-based altcoin that powers Biconomy, a...
MARKETS・1 DAY AGO
Markets Insider

The S&P 500 is down almost 5% since the new Omicron coronavirus variant was identified. But investors should buy the dip because Omicron might hasten the pandemic's end, according to JPMorgan. "Omicron could be a catalyst for rotation from growth to value, selloff in COVID and lockdown beneficiaries and rally...
STOCKS・6 HOURS AGO
The Motley Fool

Ethereum is getting faster.
MARKETS・10 HOURS AGO
24/7 Wall St.

Here's a look at what the ARK Invest exchange-traded funds bought on December 1, 2021.
STOCKS・19 HOURS AGO
cryptoslate.com

CertiK today announced the completion of an $80 million Series B2 financing round. This investment is led by Sequoia, with participation from existing investors including Tiger Global, Coatue Management, and GL Ventures (Hillhouse Capital’s VC arm). This not only sets the bar for the largest single round of fundraising in...
MARKETS・19 HOURS AGO
The Motley Fool

Here's My Top Cryptocurrency To Buy in December

The cryptocurrency market is flashing signs of weakness as meme coins lose momentum. Fundamental-focused assets like Solana look positioned to power the next leg of long-term growth. You’re reading a free article with opinions that may differ from The Motley Fool’s Premium Investing Services. Become a Motley Fool member today...
MARKETS・1 DAY AGO
Markets Insider

Legendary investor Ray Dalio has warned people against trying to time the market as uncertainty about the Omicron coronavirus variant shakes stocks. Dalio told CNBC on Tuesday that the most important thing for investors is to be in a safe, well-balanced portfolio and to not try to be too smart.
STOCKS・1 DAY AGO
The Motley Fool

Technology stocks can offer high-growth returns, but it's important to take a long-term view to filter out short-term market noise.
STOCKS・1 DAY AGO
MarketWatch

Apollo Global Management Inc. said Thursday it has agreed to acquire the U.S. wealth distribution and asset management businesses of Griffin Capital, adding more than $5 billion in assets under management. Terms of the deal were not disclosed, although the private-equity giant said it expects to close in the first half of 2022 and to be breakeven to per-share earnings in 2022 and become a "meaningful" driver of earnings growth in the coming years. Griffin was formed in 1995 and has built a track record as a provider of alternative investments to advisors in the U.S. "Griffin's approximately 60 client-facing distribution professionals work across the wealth management landscape and are particularly well-established in the independent channel, a complement to Apollo's focus to-date on private banks, wirehouses, RIAs and family offices," the company said in a statement. "Apollo intends to integrate the team into its Global Wealth business, rapidly scaling the strategic initiative. The acquisition also adds valuable technology, infrastructure and hundreds of distribution agreements to the Global Wealth platform." Apollo shares were not yet active premarket, but have gained 44% in the year to date, while the S&P 500 has gained 20%.
BUSINESS・8 HOURS AGO
Markets Insider

A exchange-traded fund that will give investors exposure to the booming world of non-fungible tokens hit the market Thursday. It's called NFTZ. Created by Defiance ETFs, the novel fund is investing in companies with exposure to the NFT market and blockchain and cryptocurrency ecosystems, the company said in a press release.
STOCKS・1 HOUR AGO
MarketWatch

The S&P 500's 4% decline over the past week has created extreme oversold levels, according to technical analyst Katie Stockton. Volatility surged as much as 72% as fears of the new Omicron variant spread across markets. These are the key support and resistance levels investors should monitor to gauge what...
STOCKS・2 HOURS AGO