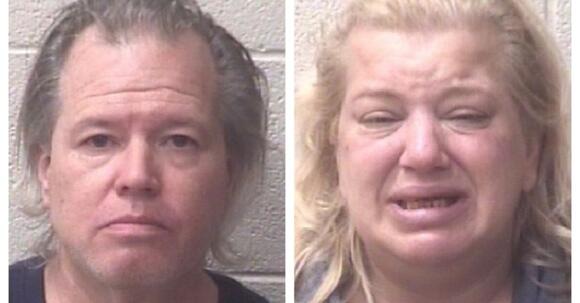 NAGS HEAD, N.C. ( WAVY ) — A couple has been arrested in connection to a case where an infant’s remains were found in the trash 30 years ago in North Carolina.

On the morning of April 4, 1991, members of the Nags Head Police Department were called out to a report of human remains found in a rack that holds trash cans. According to a release from police, when officers got to the scene, they found the body of an infant whose gender could not be established due to the body’s advanced state of decomposition.

Over the years, Nags Head Police worked on the unsolved case of “Baby Doe.” In 2019, officers began a re-investigation and sent the infant’s rib bone to a private lab in Woodlands, Texas, called Othram for forensic analysis.

IN YOUR CORNER: Tenant still out thousands after landlord no-shows in court

Othram was able to recover human DNA from the bone and used that hereditary material to conduct a genealogical profile, which eventually led officials back to a family in North Carolina.

After further investigation, police arrested 54-year-old Scott Gordon Poole and his wife, 51-year-old Robyn Lynn Byrum, on Thursday. The couple lived in Taylorsville, North Carolina. They have been charged with concealing the birth of a child, a felony. Officials said additional charges may be pending.

I don't know why we can't record babies DNA at birth. It would solve a lot of crimes and help identify children or murderers, either way. Simple!

“The child doesn’t know where he lives or his name.”
BETHANY, OK・22 HOURS AGO
KFOR

Dunkin’ cup leads to arrest of man accused of raping woman, leaving her for dead

The cup led to the arrest of a Massachusetts man who allegedly hit a woman multiple times with a rock, raped her, and left her for dead off a hiking trail, a prosecutor said.
MEDFORD, MA・19 HOURS AGO
KFOR

A judge denied a private investigator’s request for a search warrant to excavate an area in Love County, believed to possibly be connected to the disappearance of two young Oklahomans.
OKLAHOMA STATE・10 HOURS AGO
KFOR

A Pawnee man is behind bars after allegedly murdering his two-month-old baby boy.
OKLAHOMA STATE・15 HOURS AGO

Authorities in one Oklahoma community are investigating a case of vandalism that targeted several statues in town.
OKLAHOMA STATE・1 HOUR AGO
KFOR

A student at a Norman elementary school fired a gun near the school's playground on Monday, and police are continuing to investigate.
NORMAN, OK・15 HOURS AGO
KFOR

Police: Driver refuses to pull over for officers, crashes into drainage ditch

A police chase overnight sent a car into a drainage ditch, but that still didn't stop the alleged suspect.
OKLAHOMA CITY, OK・2 HOURS AGO
KFOR

No arrests made after body found along Oklahoma roadway

Authorities are still investigating after a body was discovered along an Oklahoma City roadway on Saturday.
OKLAHOMA STATE・1 DAY AGO

Held at gunpoint and carjacked, a metro DoorDash driver was targeted while making a delivery in Edmond on Sunday.
EDMOND, OK・2 HOURS AGO
KFOR

A jury has awarded $10 million to a South Carolina woman who sued Walmart after she needed multiple surgeries because of an infection that resulted from stepping on a rusty nail inside one of the company's stores in Florence, her lawyers said.
FLORENCE COUNTY, SC・20 HOURS AGO
KFOR

Officials say they have arrested two teenagers in connection with a deadly shooting.
OKLAHOMA STATE・1 DAY AGO
KFOR

A man caught a 3-year-old girl whose mother dropped her out of a second-floor window to save her from a fire at an apartment building in north St. Louis.
SAINT LOUIS, OK・21 HOURS AGO

Investigators say the officer was hit in the chest, but the bullet was stopped by his bulletproof vest.
TULSA, OK・1 HOUR AGO
KFOR

Father arrested in shooting deaths of his 4 children, mother-in-law at California home

Family members said the victims were found by the children's mother.
CALIFORNIA STATE・1 DAY AGO
KFOR

Deputies in Pottawatomie County are searching for the rightful owners of some heavy pieces of machinery.
OKLAHOMA STATE・1 DAY AGO
KFOR

An Alabama woman who says she was falsely arrested for shoplifting at a Walmart and then threatened by the company after her case was dismissed has been awarded $2.1 million in damages.
OKLAHOMA CITY, OK・19 HOURS AGO
KFOR

Investigators said that “300-400 boxes of assorted sizes” were discovered in the woods the day before Thanksgiving.
BLOUNT COUNTY, AL・1 DAY AGO
KFOR

New details are surfacing after a body was found in a Bethany drainage ditch in early November.
BETHANY, OK・1 DAY AGO
KFOR

Authorities say a 15-year-old sophomore opened fire at his Michigan high school, killing three other students and wounding six other people, including a teacher.
MICHIGAN STATE・19 HOURS AGO
KFOR

Police are investigating after a man died following a physical altercation this weekend.
OKLAHOMA CITY, OK・1 DAY AGO