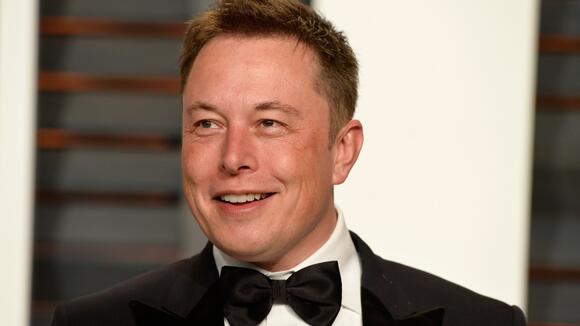 U.S. markets closed higher on Monday, with both the Dow Jones industrials and the S&P 500 setting intraday and closing highs. The enthusiasm for equities continued Tuesday morning, with all three major indexes trading higher in the premarket by at least 0.3%. Crude oil has risen above the $84 mark again, and 10-year Treasuries have eased by a couple of basis points. Facebook traded higher after missing revenue estimates, thanks to a $50 billion addition to its share buyback program, and we'll get earnings after markets close from Alphabet, Microsoft , Robinhood, Twitter and Visa .

Our basket of meme stocks marched in step with the higher close Monday. There were a couple of big movers on Monday that aren't included in our basket, but the moves were large enough to warrant a look.

First up is Bakkt Holdings Inc. ( NYSE: BKKT ), which added 234% to its share price on Monday, to jump from $9.15 to $30.60. The shares are trading up another 61% in Tuesday's premarket. Bakkt, a cryptocurrency custody provider, announced deals with Mastercard and Fiserv that sent shares soaring. Trading volume was around six times the daily average of about 36 million shares. Short interest in Bakkt is unavailable, but it can't have been enough to generate a big part in this rocket ship.

Monday's other big mover was Genius Brands International Inc. ( NASDAQ: GNUS ). The shares added 51.5% on Monday but gave back more than 10% so far Tuesday morning. Genius Brands licenses and creates multimedia content for children. The company announced a conference call for Wednesday morning "to discuss a positive business development." One commenter on WallStreetBets recalled that the company had done this before with a notable lack of results. According to Fintel data, short interest in the stock is around 16.5% . More than 110 million shares were traded Monday, nearly 20 times more than the daily average of about 6 million.

Progenity Inc. ( NASDAQ: PROG ) closed up more than 14% on Monday and traded up another 20% in Tuesday's premarket. The company filed a report with the Securities and Exchange Commission on Monday announcing that it has agreed with certain lenders to exchange $20.2 million in debt for 8.5 million shares of common stock. Progenity also said it would issue 427,804 shares to investors in exchange for a waiver of lock-up provisions. Neither of these announcements is enough, separately or together, to move the stock by a lot. But combined with short interest of more than 22% and an average daily trading volume of more than 50 million shares, price swings will happen.

Tesla Inc. ( NASDAQ: TSLA ) became the fifth U.S. company to post a market cap of at least $1 trillion. The company's announcement of an order for 100,000 Model 3 sedans from Hertz boosted the stock to the rarified air of the super-biggies. The stock set a new 52-week high of $1,045.02 and traded nearly 62 million shares at those lofty prices. The stock now trades at about 40% above its consensus estimate.

Yet Dell shareholders actually didn't lose any money. Here's how.
STOCKS・17 HOURS AGO
The Motley Fool

C3.ai is building a brand new market for itself, and customers are flocking to use its artificial intelligence technology.
STOCKS・18 HOURS AGO
investing.com

Investing.com – Cathie Wood’s ARK Invest has announced that its new ARK Transparency ETF will begin trading on the CBOE BZX Exchange tomorrow. The ETF will trade with the ticker symbol CTRU. The Transparency ETF will be ARK’s third index exchange-traded fund as it seeks to provide investment results that...
STOCKS・21 HOURS AGO
The Motley Fool

Investors are reacquiring their taste for risk.
STOCKS・9 HOURS AGO

Many investors approach the new year looking for fresh investment ideas where they can put their money and hopes to work. But without trying to be too negative, a little end-of-year paring can be prudent, too ... thus, it pays to examine one's own portfolio for stocks to sell as well.
STOCKS・11 HOURS AGO
The Motley Fool

Here's Why Tech Stocks Like Twilio and Zendesk Are Soaring Today

The omicron variant of the coronavirus isn't quite the risk initially assumed. And, China's countering its economic contraction.
STOCKS・13 HOURS AGO
investing.com

3 Technology Stocks To Buy Ahead Of The Holidays

This year has been a busy one for IPOs and the activity is staying strong right through the end of the year. Often times the best time to buy a newly IPOed stock is after the initial quiet period ends and that is no different from the three we have today.
STOCKS・21 HOURS AGO

This "old" altcoin has superb upside potential since it is positioned for a rebound.
MARKETS・19 HOURS AGO
The Motley Fool

Is Tesla's stock price due for a fall, or is there more growth yet to come?
STOCKS・19 HOURS AGO
The Motley Fool

The growth stock seems to be making an attempt at rebounding from last week's sell-off. Despite an analyst's move to raise his price target for the stock, he still has a neutral rating on shares. The analyst thinks strong demand for electric vehicles and Tesla's vertical integration set the company...
STOCKS・13 HOURS AGO
The Motley Fool

This Is Warren Buffett's Best-Performing Dividend Stock of 2021. Should You Buy It?

There are some serious concerns with this well-known company.
STOCKS・19 HOURS AGO
24/7 Wall St.

A one of Cathie Wood's Ark Invest exchange-traded funds bought over 230,000 shares of Twitter on December 6.
STOCKS・16 HOURS AGO
The Motley Fool

Several beaten-down meme stocks were getting some love as investors decided that Tuesday was a good day for taking on risk.
STOCKS・13 HOURS AGO
The Motley Fool

Why Okta Can Withstand a Tech Stock Crash

The latest earnings report show why the company is more resilient than most cloud stocks.
STOCKS・17 HOURS AGO
The Motley Fool

3 Dow Stocks Begging to Be Bought in December

Growth, value, and income investors all have a stock that's ripe for the picking.
STOCKS・20 HOURS AGO
24/7 Wall St.