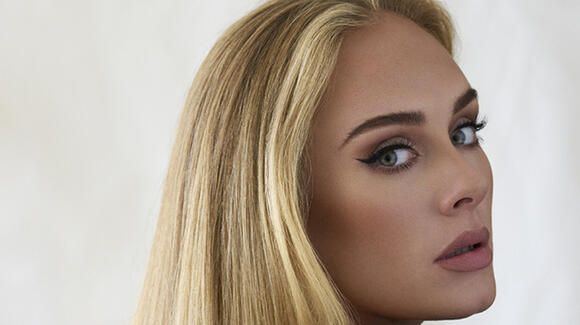 Adele , master of the slow reveal, has unveiled what appear to be the first two dates of the tour in support of her forthcoming album “30” — and they’re a blockbuster: two nights in London’s Hyde Park next summer, the sprawling green in the middle of her hometown that has hosted concerts by everyone from the Rolling Stones and Queen to Elton John and Blur.

Adele announced the dates, which are scheduled for July 1 and 2, 2022, on social media early Tuesday.

In the post, she writes: “I was certainly nowhere near where I’d hoped to be when I first started it nearly 3 years ago. Quite the opposite actually. I rely on routine and consistency to feel safe, I always have. And yet there I was knowingly – willingly even, throwing myself into a maze of absolute mess and inner turmoil! I’ve learned a lot of blistering home truths about myself along the way. I’ve shed many layers but also wrapped myself in new ones. Discovered genuinely useful and wholesome mentalities to lead with, and I feel like I’ve finally found my feeling again. I’d go as far as to say that I’ve never felt more peaceful in my life.

The album finds the singer working again with Greg Kurstin — who paired famously well with her on “25” — and Max Martin, Inflo (known for his work with Sault) and Swedish composer and producer Ludwig Göransson, who won an Academy Award for his “Black Panther” score and has worked closely with Childish Gambino. There are no featured guests on the record.

Avril Lavigne Presents Olivia Rodrigo With Variety Hitmakers’ Songwriter of the Year Award: ‘Her Songs Are Her Truth’

Olivia Rodrigo, who rose to stardom after the success of her debut single “Drivers License” topped the charts in January, was honored with Variety’s Songwriter of the Year award at this year’s Hitmakers event on Saturday. Avril Lavigne presented Rodrigo with the award, introducing the artist by saying, “This year we were introduced to a new artist whose debut album marked a major return for rock-and-roll on the charts.” “From ‘Driver’s License’ to ‘Good 4 You’ to ‘Deja Vu,’ Olivia’s singles from her album ‘Sour’ are part of the collective psyche of 2021, and she wrote every single one of them,” Lavigne...
MUSIC・1 DAY AGO
Variety

BTS’ Permission to Dance on Stage Tour: Photos From the First Two Nights

BTS brought their smooth dance moves and pitch-perfect vocals to Los Angeles on Saturday and Sunday night, performing to two sold-out crowds at SoFi Stadium. The shows were just the start of their four-night takeover of the 70,000-capacity venue, which continues on Dec. 1 and Dec. 2. Members RM, Jin, V, J-Hope, Suga, Jimin and Jungkook lit up the stadium as they performed their biggest hits over the span of two hours, complete with stellar production and several outfit changes.
LOS ANGELES, CA・6 DAYS AGO
Variety

A couple anniversaries have passed since the breakup that inspired fast-rising singer-songwriter Giveon’s platinum-certified 2020 hit “Heartbreak Anniversary.” But the Long Beach, Calif., native’s distinctive, soulful vocals and poignant lyrics have led to several other, happier dates on the calendar that he can celebrate in the years to come. Chief among them: the day “Peaches” — the Justin Bieber smash featuring Giveon and Daniel Caesar — debuted at No. 1 on the Billboard Hot 100 in March. Despite the hurdles that came with the COVID-19 pandemic, Giveon released an EP of his own, “Take Time,” just weeks after the world shut...
LONG BEACH, CA・1 DAY AGO
Yardbarker

Olivia Rodrigo's music has done laps around the globe countless times since she dropped "Drivers License" in January, and the 18-year-old singer-songwriter is following in her songs' footsteps with a 2022 world tour with dates in North America and Europe. Rodrigo announced her Sour Tour on Monday morning (Dec. 6),...
CELEBRITIES・3 HOURS AGO

Variety’s Hitmakers Brunch Unites Music Industry Insiders to Celebrate the Soundtrack of 2021: ‘We Dreamed of Moments Like This’

Jack Harlow told tales of being in second grade. Lil Nas X admitted he “had a lot of fun pissing people off” this year. BTS sent their regards via video. Olivia Rodrigo saluted “all the amazing supportive women in my life,” while Lana Del Rey declared, “my lovemaking is my legacy – I get to make music in between.” Variety’s fifth annual Hitmakers brunch saluting the artists and industry insiders behind the year’s biggest music hits drew an SRO crowd to the open-air City Market Social venue in downtown Los Angeles. All 300 attendees had to present proof of vaccination and...
MUSIC・1 DAY AGO
The Independent

Wet Leg, PinkPantheress, Priya Ragu, Central Cee and Tems are among the 10 artists on the BBC’s female-dominated Sound of 2022 longlist. The 10 emerging acts, whose music spans rap, rock, indie, pop, R&B and neo-soul, were picked by a panel of over 130 industry experts and fellow musicians, including Ed Sheeran, Billie Eilish, Jade Thirlwall and Elton John.Nigerian singer Tems makes the list after a triumphant year that saw her receive praise from stars including Drake, with whom she collaborated on his track “Fountains”, and Rihanna. Last week, she supported Wizkid during his record-breaking sold-out shows at the O2...
MUSIC・12 HOURS AGO
Variety

It seems barely a day passes without some noises coming from the Foo Fighters camp, and the noise is big today: The newly minted Rock and Roll Hall of Famers have announced 17 more concert dates, adding to shows on the West Coast and South America late this year and next, which will take place at amphitheaters, stadiums and festivals across North America during May, July and August of 2022. The dates include one at New York’s Citi Field stadium and two at the Banc of California Stadium in Los Angeles. Special guest opening acts will be announced “soon,” according to...
MUSIC・6 DAYS AGO
Variety

What contrasts in mood the two most dominating songs of 2021 offered us: hovering and over him. With “Levitating,” Dua Lipa floated a record that really did feel lighter than air, while in “Drivers License,” Olivia Rodrigo was crying in a car, seeming anything but liberated by her new vehicular freedom. That the year should be led by two songs at such opposite ends of the scale felt fitting: Is our spirit at last buoyant, with quarantine conditions lifting a bit? Or is breaking up — or away — still hard to do, whether it’s escaping the pandemic or leaving your first boyfriend? So many of the moods of 2021 could be found throughout the year’s top 25 smashes, whose streaming and airplay data were used to determine who belongs in Variety’s annual Hitmakers Impact Report — our roundup of the producers, songwriters, mixers, managers and key executives who made the smashes happen. Levitate, drive or dance your way on in and take a look.
MUSIC・3 DAYS AGO

In a career spanning nearly 60 years, The Rolling Stones have released 30 albums and released nearly 450 songs—and recorded plenty more. Throughout the 1960s and ’70s, the Stones saw their most peaks on the charts with a batch of No. 1 hits from their first U.S. hit “(I Can’t Get No) Satisfaction” and the stark 1966 anthem of “Paint It, Black”—the comma in the title added by the band’s label Decca at the time—the first single off the Stones’ fourth album Aftermath, to the balladry of their 1973 number one single “Angie,” a song Keith Richards may have written about Angela Bowie, Angie Dickinson, or his daughter Angela.
MUSIC・18 DAYS AGO
iHeartRadio

Dutch prog rock legends Focus have announced they have been forced to cancel their remaining UK and European tour dates on their Focus 50 tour after frontman Thijs Van Leer contacted Covid. In a short statement, Focus's management said: "Thijs Van Leer, whilst being treated in hospital for an unrelated...
MUSIC・10 DAYS AGO
iHeartRadio

"I’m heading out on my first ever headlining tour," Allen announced on Monday (December 6). "More dates will be added next year."
MUSIC・3 HOURS AGO

I’m at a loss here. I recently posted about an Earthless tour saying I’d like to go an write a book about the experience, but Truckfighters, Greenleaf and Asteroid for 15 dates in Europe? Three Swedish bands who know each other as well as bands possibly could, with Asteroid having released through Truckfighters‘ label Fuzzorama Records and Greenleaf and Truckfighters having shared members in the past? Shit, I’d love to see this. I’d love to do the whole tour. I’ll fly myself over if I need to, I don’t even care. This is unreal.
ROCK MUSIC・10 DAYS AGO
wcsx.com

Chamber prog rockers Gryphon have announced they have rescheduled the tour dates they were forced to postpone due to the Covid pandemic. These will now take place next year, the band's 50th anniversary,. "2022 is the 50th Anniversary of the band's formation and we still have three original members appearing,...
MUSIC・7 DAYS AGO
JamBase

Lotus announced details of seven new Winter 2022 tour dates. The band will hit the Midwest in January and Northeast as part of their February touring plans. The jamtronica act will play Milwaukee’s Pabst Theater on January 13. Lotus then heads to Chicago for two nights at Park West on January 14 and 15. An appearance at Tucson’s Gem & Jam Festival early in February will be followed by a show at Burlington, Vermont’s Higher Ground on February 18. From there the group heads to New Haven, Connecticut on February 19 and Baltimore on February 25 and 26. Tickets for the new shows go on sale this Friday, December 3 at 10 a.m. local time.
MUSIC・5 DAYS AGO
Variety

Grammy-winning musician John Mayer might just have a future in standup comedy. While presenting the label of the year award to Columbia Records’ Ron Perry and Jenifer Mallory at Variety‘s Hitmakers event on Saturday, Mayer had the audience in stitches with his nearly four-minute speech. Taking the podium after decade award winner Lana Del Rey, who said in her speech “lovemaking is my legacy,” Mayer started his remarks by joking, “I just want to say before I begin: Lovemaking is my legacy as well.” While Mayer listed out Columbia’s achievements this year — mentioning Lil Nas X’s “Montero,” the Kid Laroi’s “Stay”...
CELEBRITIES・1 DAY AGO
Variety

While accepting his award for Variety’s Hitmaker of Tomorrow, Jack Harlow gifted the audience with a story from his childhood, revealing how a reading program stoked his competitive side, and how he’s been a voracious reader since he was a little kid. That combination, along with a little Harry Potter, made him the artist he is today. Harlow took the stage at the Variety Hitmakers award presentation in Los Angeles, noting that he hasn’t met everyone in the crowd, but wanted everyone to get a chance to know him, launching into this sweet story from his past. “When I was in...
MUSIC・1 DAY AGO
iHeartRadio