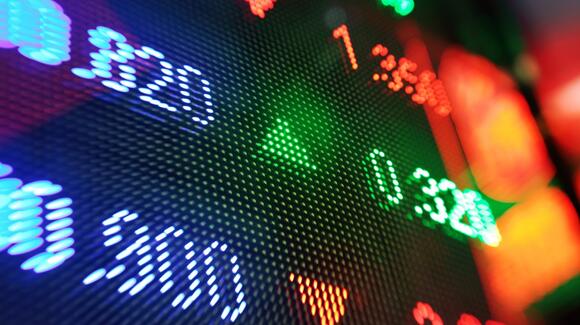 The futures were up across the board on Tuesday, after a solid Monday risk-off rally in which all the major indexes participated and ended higher. The Dow Jones industrials and the S&P 500 printed new all-time highs, while electric vehicle stocks took off after Tesla reported a massive order from Hertz.

Alphabet and Microsoft will kick off the big-tech earnings after the close Tuesday, and three more mega-cap leaders will report this week as well. The continued market strength is still being attributed to outstanding earnings results coming in, despite ongoing supply chain and inflation issues. Interest rates dropped as buyers of Treasury debt came in across the curve Monday.

Despite the continued market strength, top strategists across Wall Street remain focused on continued rising interest rates, the quantitative easing tapering due to begin next month, big increases in energy costs, ongoing supply chain issues and stagflation worries. Toss in the debt ceiling issue (which is on hold for now but will return in December) and the ongoing China worries, and the cauldron continues to simmer.

24/7 Wall St. reviews dozens of analyst research reports each day of the week, with a goal of finding new ideas for investors and traders alike. Some of these daily analyst calls cover stocks to buy. Other calls cover stocks to sell or avoid. Remember that no single analyst call should ever be used as a basis to buy or sell a stock. Consensus analyst target data is from Refinitiv.

These are the top analyst upgrades, downgrades and initiations seen on Tuesday, October 26, 2021.

Academy Sports and Outdoors Inc. ( NASDAQ: ASO ): Wedbush started coverage on the popular retailer with an Outperform rating and a $54 price target. The consensus target is in line at $54.30. The stock closed trading on Monday at $44.62.

Antero Resources Corp. ( NYSE: AR ): Benchmark initiated coverage with a Buy rating and a $32 price target. The consensus target is just $25.13. The last trade for Monday hit the tape at $21.43.

Bally’s Corp. (NYSE: BALY): Cowen raised its Neutral rating on the gaming and racing giant to Outperform with a $75 price target. The consensus target is $71.71, and Monday’s close was at $49.66 a share.
ALSO READ: 5 Dividend Aristocrats Stocks Have Raised Their Dividends for Almost 60 Years
Beyond Meat Inc. ( NASDAQ: BYND ): Credit Suisse downgraded the shares of the plant-based food company to Underperform from Neutral and slashed the price target from $123 to $75. The consensus target is $100.15, and shares ended Monday at $96.00 but were down close to 3% in premarket trading.

Coinbase Global Inc. ( NASDAQ: COIN ): Citigroup started coverage of the cryptocurrency exchange with a Buy rating and a $415 price target. The consensus target is just $377.40. Monday’s final trade was reported at $325.54.

Coterra Energy Inc. (NASDAQ: CTRA): Raymond James upgraded the stock from Market Perform to Outperform with a $27 price objective. The consensus target is $26.29. The stock popped almost 6% on Monday to close at $22.56.

Envista Holdings Corp. (NASDAQ: NVST): Though BofA Securities upgraded the stock to Buy from Neutral, it also trimmed the target price to $48 from $49. The consensus price objective is $51.70. The stock closed Monday at $38.46, and shares are up almost 3% in Tuesday's premarket.
ALSO READ: 5 Buy-Rated Blue Chips Are Raising Their Dividends This Week
Facebook Inc. ( NASDAQ: FB ): Rosenblatt upgraded the social media giant to Buy from Neutral and has a $400 price target. The consensus target is $417.22, and Monday’s closing print was $328.69.

Intel Corp. ( NASDAQ: INTC ): The BMO Capital Markets downgrade of the venerable chip giant to Market Perform from Outperform included a target price cut to $52 from $60. The consensus target is $56.39. The last trade for Monday was reported at $49.41.

International Business Machines Corp. ( NYSE: IBM ): Zacks has named this old-school tech giant as its Bear of the Day stock. The analyst points out that Big Blue has disappointed again. Shares last closed at $127.64, and the consensus price target is $151.06.

Kimberly-Clark Corp. ( NYSE: KMB ): Goldman Sachs slashed the target price on the consumer staples giant to $125 from $142 after the company reported disappointing results. The analyst kept a Neutral rating on the shares, which has a $135.47 consensus target. The stock was last seen on Monday at $130.11, after retreating almost 3% on the day.
Medical Properties Trust Inc. ( NYSE: MPW ): Raymond James started coverage with a Strong Buy rating and a $25 price target. The consensus target for is $23.54. The final trade for Monday was reported at $20.25.

RealReal Inc. ( NASDAQ: REAL ): Raymond James raised its Market Perform rating to Outperform with a $19 price target. The consensus target is $22. The stock closed at $12.98 on Monday.

SM Energy Co. ( NYSE: SM ): Raymond James upgraded the stock from Market Perform to Outperform with a $45 price target. The consensus price objective is just $33.52. The shares were last seen on Monday at $32.63.

TechnipFMC PLC ( NYSE: FTI ): Piper Sandler's upgrade to Overweight from Neutral included a target price hike to $10.00 from $9.60. The consensus target is just $7.73, near Monday’s close at $7.75. The stock traded almost 3% higher in the premarket.

VersaBank (NASDAQ: VBNK): Raymond James started coverage with a Strong Buy rating and a $15 price target. The stock has traded as high as $14.30 since its recent IPO and closed Monday at $11.80.

Winnebago Industries Inc. ( NYSE: WGO ): Zacks has selected this as its Bull of the Day. The analyst recommends that investors buy the post-earnings dip. Shares most recently closed at $66.04 and have a consensus price target of $91.57, which would be a 52-week high.

Zynga Inc. ( NASDAQ: ZNGA ): Goldman Sachs sliced the price target of the video game stock to $10.80 from $12.60 but kept a Buy rating on the shares. The consensus target is $11.62. The stock closed trading on Monday at $7.46.
ALSO READ: Oil Is Heading to $85: 4 Big-Dividend Mega-Cap Integrated Stocks to Buy Now
Five incredible blue chip leaders have raised the dividends they pay to shareholders for almost 60 years. These stocks look like great ideas now for worried investors looking for some growth and dependable income.

Jim Cramer Shares His Thoughts On Novavax, ViacomCBS And More

On CNBC’s "Mad Money Lightning Round," Jim Cramer said Seres Therapeutics, Inc. (NASDAQ:MCRB) is "too speculative" for an older person, as the company is not making any money. However, he recommended buying the stock in case you are young. Cramer said ViacomCBS Inc. (NASDAQ:VIAC) is "just OK" as it is...
MARKETS・12 HOURS AGO
The Motley Fool

These two stocks could become huge winners if they're held for the long term.
STOCKS・1 DAY AGO
The Motley Fool

Fortunes will likely be made with the metaverse. Investing in these stocks is a great way to get started.
STOCKS・14 HOURS AGO
The Motley Fool

3 Bargain-Bin Value Stocks That Are Too Cheap to Ignore

This basket of value and dividend stocks can help you sleep at night.
STOCKS・1 DAY AGO

Despite falling sharply this year, the future still looks bright for these growth stocks.
STOCKS・13 HOURS AGO
24/7 Wall St.

Bullish market sentiment and a low-interest-rate environment have coaxed many IPOs to market this year. And more IPOs are lined up this month despite COVID-19-omicron-related concerns. Wall Street analysts expect recently listed stocks Robinhood Markets (HOOD), DLocal (DLO), ironSource (IS), and Sprinklr (CXM) to rally by more than 80% in price in the near term. So, we think it could be wise to add these names to one’s watchlist now.
STOCKS・8 HOURS AGO
24/7 Wall St.

Broadcom, Pfizer and these other top companies are expected to lift the dividends they pay to shareholders, and their stocks are rated Buy across Wall Street, making them excellent total return candidates.
STOCKS・9 HOURS AGO

These income stocks, with yields ranging from 8.4% to 9.3%, are screaming buys.
STOCKS・14 HOURS AGO
Benzinga

There weren't a lot of big winners last week, but these stocks posted double-digit gains as many of their peers went the wrong way.
STOCKS・9 HOURS AGO
Motley Fool

Bargains can still be found, even with the stock market near an all-time high. You’re reading a free article with opinions that may differ from The Motley Fool’s Premium Investing Services. Become a Motley Fool member today to get instant access to our top analyst recommendations, in-depth research, investing resources, and more. Learn More.
STOCKS・1 DAY AGO
24/7 Wall St.

Meme stocks took a beating on Friday, and Monday did not appear to be getting off to a better start.
STOCKS・10 HOURS AGO
24/7 Wall St.

A couple of SEC investigations have cooled off share prices for some popular meme stocks.
STOCKS・6 HOURS AGO
MarketWatch

The Dow Jones Industrial Average on Monday afternoon was on track for its best point and percentage gain in more than a year, as investors bought a recent dip in stocks that has been at least partly precipitated by fears of the COVID omicron variant and worries about Federal Reserve policy. Monday's gains saw the Dow rise 2.1%, or 713 points, which would mark the sharpest percentage gain for the 30-stock index since Nov. 9, 2020 when it gained 834 points, or 2.95%, FactSet data show. The session's gain was being powered primarily by advances in UnitedHealth Group Inc. , Goldman Sachs Group Inc. , Home Depot and Visa Inc. . Only shares of Nike Inc. , salesforce.com and Verizon Communications Inc. were trading in negative territory among the Dow's components in afternoon trade.
STOCKS・6 HOURS AGO
24/7 Wall St.

A top Wall Street strategist makes the case for quality small-cap stocks for 2022. These five Buy-rated stocks come with solid and reliable dividends, and they look like great ideas now for wary investors.
STOCKS・12 HOURS AGO
The Motley Fool

Will Affirm Be a Trillion-Dollar Stock by 2030?

Could the BNPL darling join the 12-zero club in a decade?
STOCKS・11 HOURS AGO
MarketWatch

Shares of Home Depot Inc. hiked up 1.8% toward a record close in afternoon trading Monday, after Oppenheimer analyst Brian Nagel turned bullish on the home improvement retailer, citing less near-term risks for of cyclical pullback of the home improvement sector. Nagel raised his rating to outperform, after being at perform for the past 15 months. He set a $470 price target for the stock, which makes him the most bullish of the 34 analysts surveyed by FactSet. Nagel said after carefully reevaluating near-term prospects for Home Depot, as well as peer Lowe's Companies , he said that while challenges remain, he is now "more confident" that "risks of a significant, transitional-type setback" for home improvement retail have diminished. He also believes underlying demand growth is likely to persist even as COVID-19 pandemic-related tailwinds abate, which should help provide continued "solid, if not outsized" sales and profit growth for both retailers. Home Depot's stock has soared 25.7% over the past three months, while Lowe's shares have climbed 21.9% and the Dow Jones Industrial Average has slipped 0.4%.
ECONOMY・5 HOURS AGO
The Motley Fool

Why Faraday Future's Stock Is Down Today

There may be bad news coming tomorrow.
ECONOMY・8 HOURS AGO