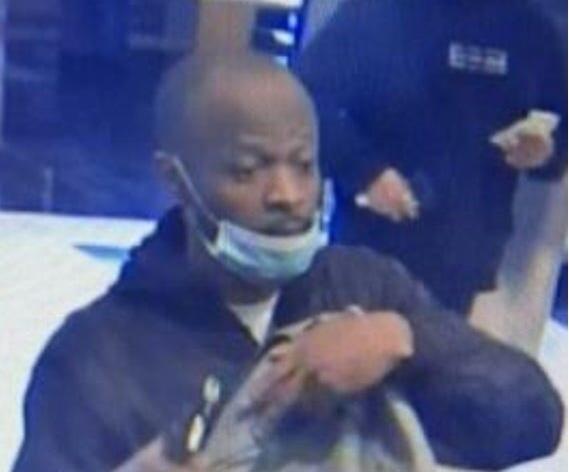 NEW YORK (1010 WINS) – Police released images of a robbery spree suspect Tuesday, a day after a subway passenger was shot during an attempted mugging on a crowded train near the Union Square station. 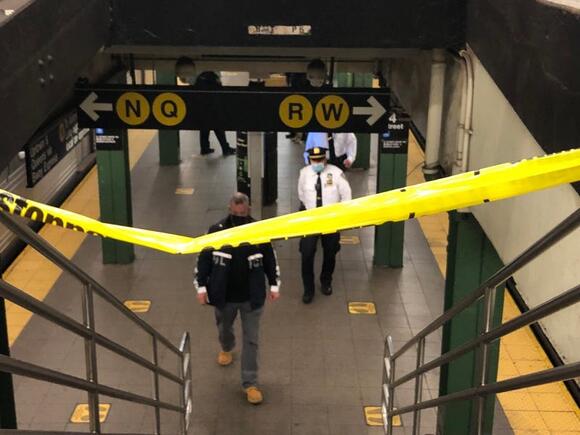 Police said Tuesday that they believe the suspect is connected to two other robberies in Manhattan since Sunday. 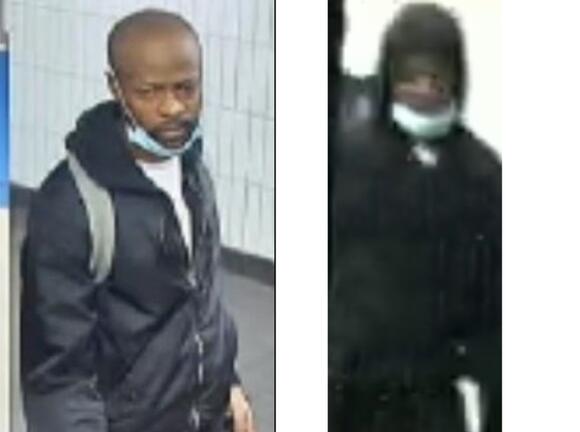 Anyone with information is asked to call Crime Stoppers at 1-800-577-TIP.

The NYPD is looking to identify a man wanted in connection to an attempted rape that occurred early Friday inside a Brooklyn apartment building, authorities said.
BROOKLYN, NY・13 HOURS AGO
1010WINS

Teen boy struck in leg on Bronx street by gunman in vehicle: NYPD

Police are looking to identify a gunman wanted for firing his weapon and injuring a teen boy on a Bronx street corner last month, authorities said.
NEW YORK CITY, NY・11 HOURS AGO
1010WINS

Cops said at about the time the train pulled into the 125th Street subway station in Harlem, the argument got more heated, and the suspect pulled out a gun and shot the other two men.
MANHATTAN, NY・17 HOURS AGO
1010WINS

VIDEO: Man battles back against attacker trying to take his e-bike in Manhattan

On Dec. 1 at about 6 a.m., police said the suspect approached a 30-year-old woman from behind as she walked up a stairwell at the 169th Street F train subway station in Jamaica.
QUEENS, NY・15 HOURS AGO
1010WINS

The suspect stabbed the 32-year-old woman in the chest and neck, killing her, and the 36-year-old man in the back, and is in stable condition, police said.
BROOKLYN, NY・1 DAY AGO
1010WINS

Police released video footage of a man wanted for stealing a car on a Brooklyn street late last month, according to officials.
NEW YORK CITY, NY・1 DAY AGO

The suspects, a male and a female, were then able to entered a 56-year-old man’s apartment, and took a laptop, television and a bag that contained various papers.
BROOKLYN, NY・1 DAY AGO
1010WINS

The NYPD is looking to identify a man and a woman who robbed a senior at a Queens park then got into a physical altercation with him late last month, authorities said.
NEW YORK CITY, NY・1 DAY AGO
1010WINS

Police said a man entered the Sariling Atin grocery store in Elmhurst on Nov. 20 at around 8:05 p.m. and went behind the register counter while no one was there.
QUEENS, NY・2 DAYS AGO
1010WINS

The NYPD arrested a man accused of striking a woman with his bicycle’s handlebars then hurling anti-Asian remarks at her inside a Manhattan subway station over the weekend.
NEW YORK CITY, NY・2 DAYS AGO

VIDEO: Victim hit in the head with brick, robbed while unconscious in BX building

Police are looking to identify a man wanted in connection to an attempted robbery that occurred on a Queens subway train over the weekend, authorities said.
NEW YORK CITY, NY・3 DAYS AGO
1010WINS

An NYPD officer was struck and injured by a man driving a stolen BMW SUV during a traffic stop in Brooklyn early Wednesday morning, police said.
BROOKLYN, NY・3 DAYS AGO
1010WINS

Officials are looking to identify a man accused of posing as a “meals on wheels” delivery person before a robbery that occurred late last month inside a Bronx building, authorities said.
BRONX, NY・3 DAYS AGO
1010WINS

The NYPD is looking to identify a gunman accused of shooting a 20-year-old man in the leg last month in Brooklyn, authorities said.
BROOKLYN, NY・3 DAYS AGO
1010WINS

Amid the eight incidents, the suspect failed to come away with items three times. The Nov. 10 spree started in the Concourse Village section of the Bronx, then returned to Washington Heights for all but one of the remaining crimes.
NEW YORK CITY, NY・3 DAYS AGO
1010WINS

According to authorities, the incident happened just before noon when a staff member at The Urban Assembly School of Law and Justice on Adams Street identified the gun inside the student’s backpack.
BROOKLYN, NY・3 DAYS AGO