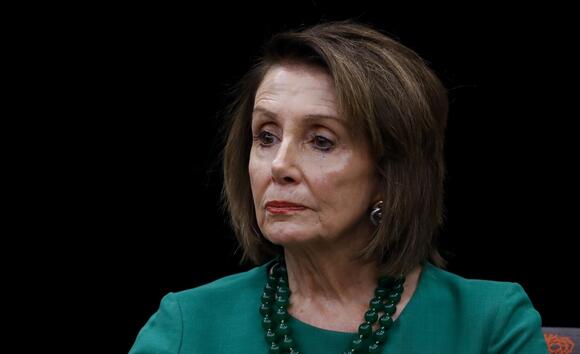 P resident Joe Biden and progressive Democrats have failed to get the votes for a proposed major overhaul of the tax code and are now being forced to cut the size and scope of their planned infrastructure and social welfare legislative package as well.

Earlier this year, the Biden administration and congressional Democrats presented an ambitious agenda to claw back the 2017 GOP tax cuts and add new levies designed to help finance a planned $3.5 trillion partisan bill. Since the early summer, though, those plans have been pared back or discarded because of opposition from centrist senators who hold the keys to passing any form of reconciliation package.

Democratic Sens. Kyrsten Sinema of Arizona and Joe Manchin of West Virginia have been flexing their outsize power to reduce the tax burden imposed as part of the package. The party can’t afford to lose either senator’s support, given that the Senate is split 50-50 and that Vice President Kamala Harris would act as a tiebreaker on any legislation the GOP opposed as a whole.

Sinema, in particular, has reportedly opposed increases in individual and corporate tax rates, measures that Democrats were counting on to offset the bulk of their spending proposals.

Instead, Democrats, in the past few days, have discussed new avenues for raising revenue, including a tax on the unrealized capital gains of billionaires.

This is a big departure from the party’s previous goal of raising revenue by taxing a wider swath of the wealthy, those making above $400,000 annually. Instead, this tax on billionaires would likely only target fewer than 1,000 people, according to the Wall Street Journal .

The tax, though, would only raise a small amount of revenue relative to the Democrats' spending ambitions. Democrats are now hoping that it and the other tax proposals still in consideration, such as raising taxes on corporations' foreign subsidiaries and stepping up IRS enforcement, might raise around $1.5 trillion. Manchin has said he supports spending around that sum.

Such a downsizing would force Democrats to scale back significantly or eliminate some of the biggest provisions in the bill. In recent days, they have reportedly weighed dropping a proposal to expand Medicare benefits as well as a plan for guaranteed paid family and medical leave.

The notion of taxing the unrealized gains of billionaires has been discussed for years. The proposal expected to be discussed in relation to the current spending package is being led by Senate Finance Chairman Ron Wyden, who has yet to release the actual text of the plan. It would likely target those with $1 billion in wealth or those bringing in at least $100 million in income for three consecutive years.

A Finance Committee spokesperson told the Washington Examiner that the new tax would only apply to tradable assets, such as stocks, and not nontradable ones such as real estate or closely held companies.

“I wouldn’t call that a wealth tax, but it would help get at capital gains, which are an extraordinarily large part of the incomes of the wealthiest individuals and right now escape taxation until they’re realized,” Secretary of the Treasury Janet Yellen said over the weekend .

Exact details about how much revenue such a tax on unrealized gains would raise have not yet been released, although House Speaker Nancy Pelosi said on Sunday that could net between $200 billion and $250 billion over a decade.

A senior policy analyst at the Tax Foundation said that, while the group has not yet finalized an estimate on how much the proposal will bring in, a ballpark estimate would be somewhere between $200 billion and $400 billion over the next 10 years.

Sinema is also reportedly open to a 15% minimum tax on the foreign earnings of corporations, which would be designed to crack down on the use of tax breaks that some businesses have been using to achieve lower effective tax rates.

The Tax Foundation found that current changes to international taxation as included in the House version of the legislation would raise about $136 billion in a decade, although that might be a bit lower if the corporate rate remains at 21%. The tax group modeled other options that could generate interest that could raise as much as $550 billion over a 10-year period.

Democrats additionally want to provide the IRS $80 billion over a decade and give it more authority, which the administration claims would raise $700 billion over the next decade. Republicans see that number as dubious and fear giving the IRS more power .

Despite the hurdles, Biden has expressed optimism that Democrats will end up agreeing to a workable package that all of the factions of the party will end up voting for.

"What we're trying to do is reach a point here where I'm able to present to the Senate, they're able to vote on, and the House a serious, serious piece of legislation that changes the dynamic for working-class folks in America and middle-class folks and begins to have the very wealthy and corporations just begin to pay their fair share," the president recently said.

I know most in office are millionaires and don’t have to worry about the price of anything. But in my world every penny counts. We can not afford this. We can’t afford it at all. I hope she retires because the Democrats have lost their way.

Taxing unrealized capitol gains , is like taxing the chickens for future eggs...🙄 If I were a billionaire I would just put my money elsewhere than the United States, our government looks at what you earned as theirs...their accounting is one for me ,one for you, twofor me, one for you...

They should’ve passed the bill that is going to pay for all of this before they tried to pass this very very expensive bill. Isn’t that the way most things are done, make sure you have the money, before you start spending?

The Senate on Thursday passed a measure to fund the government through Feb. 18 after first defeating an amendment that would have eliminated the Biden administration’s vaccine mandates.
CONGRESS & COURTS・21 HOURS AGO
WashingtonExaminer

House Speaker Nancy Pelosi appeared to say House Democrats won't vote for a continuing resolution that includes a provision blocking any funding to enforce federal COVID-19 vaccine mandates, as Congress inches closer to a government shutdown just before midnight Friday night,. "We're not going to go for their anti-vaxxing. So...
CONGRESS & COURTS・1 DAY AGO

Will President Joe Biden's $2 trillion social-spending and climate package actually get the Senate's OK this month, as that chamber's leader has promised? Two analysts from opposite ends of the political spectrum say that looks likely.
PRESIDENTIAL ELECTION・10 HOURS AGO
POLITICO

The upper chamber's always had a flair for the dramatic. But as Democrats push deadlines to their limits, Republicans have exploited the chance to obstruct.
CONGRESS & COURTS・22 HOURS AGO
MSNBC

On the surface, Congress was able to avoid a government shutdown with relatively little drama this week. Facing an inflexible deadline, Democratic and Republican leaders gradually worked toward a solution, confident that an ill-timed crisis would be avoided when all was said and done. With this in mind, the Democratic-led...
PRESIDENTIAL ELECTION・10 HOURS AGO
FOX40

WASHINGTON (AP) — The risk of a short-term government shutdown appeared to be easing late Thursday as the Senate pushed toward final approval of a bill that would fund the government through Feb. 18, sending the measure to President Joe Biden for his signature. Senate Majority Leader Chuck Schumer told reporters it was “looking good” […]
CONGRESS & COURTS・22 HOURS AGO

The House on Thursday voted to pass a short-term spending bill to fund the government through mid-February, as lawmakers work quickly to avert a shutdown on Friday.
CONGRESS & COURTS・23 HOURS AGO
Newsweek

"I won't support any legislation that increases burdens on Arizona or American businesses," the Democratic senator said.
CONGRESS & COURTS・8 HOURS AGO
The Guardian

WASHINGTON (AP) — The Senate passed a stopgap spending bill Thursday that avoids a short-term shutdown and funds the federal government through Feb. 18 after leaders defused a partisan standoff over federal vaccine mandates. The measure now goes to President Joe Biden to be signed into law. Earlier in the day, congressional leaders announced they […]
CONGRESS & COURTS・21 HOURS AGO

Rightwingers in House urge Senate colleagues to stand in the way of funding bill unless it meets demands
CONGRESS & COURTS・1 DAY AGO
MassLive.com

Democrats must be cheerleaders, champions of their own agenda (Editorials)

If Senate Democrats play their cards just right, they could be delivering a great Christmas gift to the citizenry even as they provide themselves with something to boast about when they head home for the holidays. It would be what folks in the business world used to call a win-win...
CONGRESS & COURTS・1 DAY AGO
Markets Insider

Democrats want to raise the debt ceiling, avoid a government shutdown, and pass Biden's agenda all before Christmas. The GOP has other plans.
CONGRESS & COURTS・3 DAYS AGO
WSPA 7News

The House passed a bill Thursday that funds the government through Feb. 18 and avoids a short-term shutdown after midnight Friday, but quick Senate approval was in doubt because of a fight over President Joe Biden's COVID-19 vaccine mandates.
CONGRESS & COURTS・1 DAY AGO

This article is part of the The DC Brief, TIME’s politics newsletter. Sign up here to get stories like this sent to your inbox every weekday. Welcome to Washington, currently home to an octogenarian staring contest that will determine whether the military will stand ready, inspectors will check the food heading to holiday tables and families shuffle through busy airports with TSA screeners working with pay—or not.
CONGRESS & COURTS・2 DAYS AGO
POLITICO

A Republican push on vaccine mandates and a debate over how long a spending patch should last has delayed a House vote to keep the government funded.
WASHINGTON, DC・2 DAYS AGO
Newsweek

(CNN) — On Monday, New York Democratic Rep. Tom Suozzi announced he plans to leave his 3rd District seat behind to run for governor in 2022. Asked about whether control of his seat -- or the House more generally -- mattered much in his decision, Suozzi said it "wasn't a big factor."
CONGRESS & COURTS・4 DAYS AGO