Arsenal vs Leeds live stream: How to watch Carabao Cup fixture online and on TV tonight 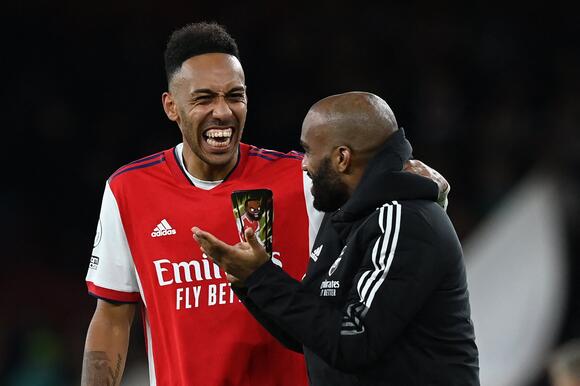 Arsenal host Leeds United in the Carabao Cup tonight with a place in the quarter-finals up for grabs in the first domestic cup competition of the season.

The Gunners defeated AFC Wimbledon 3-0 in the previous round and face a Leeds side who have won just one Premier League match so far this campaign.

Marcelo Bielsa’s side defeated Fulham on penalties to advance last month and have not beaten Arsenal since a 3-2 win the Premier League in May 2003.

Leeds needed a late Rodrigo penalty to salvage a point at home to Wolves on Saturday while Arsenal moved into the top half of the table thanks to an impressive 3-1 win over Aston Villa .

Here’s everything you need to know ahead of the match tonight.

When is Arsenal vs Leeds?

The match will kick off at 7:45pm BST on Tuesday 26 October.

It will be shown live on Sky Sports Main Event and Sky Sports Football, with coverage starting at 7:00pm. If you’re not a Sky customer you can grab a NOWTV Day Pass here to watch without a subscription.

As long as the changes don’t take away from Arsenal’s cohesion, the hosts should be comfortable winners against a Leeds side whose priorities are elsewhere. Arsenal 2-0 Leeds

Newcastle United visits an Arsenal team that’s pushed it around for years when Eddie Howe leads his Magpies into the Emirates Stadium on Saturday (start time 7:30am ET on NBCSN and online via NBCSports.com). Newcastle has lost all 13 of their matches across all competitions, last recording a win of...
PREMIER LEAGUE・11 DAYS AGO
The Guardian

Ralf Rangnick has spoke about his appointment as Manchester United interim manager and his plans for the team. Join Dave Tindall now
PREMIER LEAGUE・3 DAYS AGO
The Independent

Manchester United defeated Crystal Palace 1-0 at Old Trafford as Fred scored a late winner in interim manager Ralf Rangnick’s first game in charge. The Brazilian produced a wonderful first-time finish from the angle in the 77th minute to earn United back-to-back wins in the Premier League following their 3-2 victory over Arsenal on Thursday. United were bright in the first half but were frustrated by a disciplined Crystal Palace side and were unable to create any clear chances to reward their positive play. Palace were the better side for spells in the second half and had a glorious...
PREMIER LEAGUE・20 HOURS AGO
The Guardian

Clockwatch: Chelsea, Man City and Liverpool all won to keep the pressure on each other at the top of the table, while Everton fans are increasingly mutinous
PREMIER LEAGUE・4 DAYS AGO
Sports Illustrated

Tottenham enters Sunday near the bottom of the English Premier League with just nine goals scored this season. The Spurs play host to Leeds and young striker Raphinha, who has scored in two consecutive matches. This will be Antonio Conte’s first home league match in charge of Tottenham and his...
PREMIER LEAGUE・14 DAYS AGO
NJ.com

Tottenham, led by French goalkeeper Hugo Lloris, faces Leeds United in an English Premier League match on Sunday, November 21, 2021 (11/21/21) at Tottenham Hotspur Stadium in London, England. Fans without cable can watch the match for free via a trial of fuboTV. Here’s what you need to know:. What:...
MASON HOLGATE・14 DAYS AGO
NJ.com

Arsenal, led by forward Pierre-Emerick Aubameyang, faces Newcastle United in an English Premier League match on Saturday, November 27, 2021 (11/27/21) at Emirates Stadium in London, England. Fans can watch the match for free via a trial of fuboTV. Here’s what you need to know:. What: English Premier League. Who:...
PREMIER LEAGUE・9 DAYS AGO

Divock Origi added another famous goal to his Liverpool portfolio, while Callum Wilson gave Newcastle their first league victory of the season
PREMIER LEAGUE・1 DAY AGO
The Independent

Is Arsenal vs Newcastle on TV today? Kick-off time, channel and how to watch Premier League fixture

Arsenal host Newcastle in the Premier League this afternoon. Mikel Arteta’s side’s fantastic run came to a chastening end at Anfield as the Gunners were thrashed 4-0 last time out. The result hardly represented a disaster, though, with the Gunners still only three points adrift of the top four heading into the weekend. Follow Arsenal vs Newcastle LIVE!At Newcastle, the current situation is far bleaker, with the club still winless and rock-bottom after 12 games this season. They have endured misfortune too, with Eddie Howe’s positive Covid-19 test limiting the impact he’s been able to have on the squad...
PREMIER LEAGUE・9 DAYS AGO
The Independent

England will look to continue their perfect start to World Cup qualifying when they host Austria in Sunderland this afternoon. Sarina Wiegman’s side have won all four of their matches in Group D so far, scoring 32 goals in the process, but Austria are set to be their toughest test yet. Ellen White is set to win her 100th England cap and there could further history made as the striker closes in on Kelly Smith’s England goalscoring record. White is two goals behind Smith’s record of 46 ahead of this week’s fixtures, with England also facing Latvia in Doncaster on...
SPORTS・9 DAYS AGO
The Independent

Is Leeds vs Crystal Palace on TV tonight? Kick-off time and how to watch Premier League fixture

Crystal Palace have enjoyed their start to life under new manager Patrick Vieira since he took over from Roy Hodgson in the summer.But last weekend will have been a wake-up call for some of those players after they were beaten at home by Aston Villa in the Premier League.They now face a Leeds side in desperate need of a victory as they sit just three points above the relegation zone heading into a busy Christmas period.The Elland Road crowd will be willing their side on as they eye a second home win of the season. Can Palace spoil a big...
PREMIER LEAGUE・5 DAYS AGO

It’s Manchester United vs. Arsenal in a Thursday afternoon English Premier League matchup. Cristiano Ronaldo and Manchester United will be looking to get back on track and out of the midfield of the EPL standings. The club currently sits at 5-3-5 in the standings and has gone 0-1-2 in their last three EPL matches. Along with Ronaldo, Bruno Fernandes, Mason Greenwood and Paul Pogba have led the way offensively. On the other side, Arsenal has been on a roll, moving up to fifth place in the EPL with a record of 7-2-4. Emile Smith Rowe and Pierre-Emerick Aubameyang are the club’s leading scorers.
PREMIER LEAGUE・3 DAYS AGO
San Diego Union-Tribune

Ralf Rangnick has started his tenure as Manchester United manager with a 1-0 win over Crystal Palace in the Premier League thanks to a rare goal from Fred at Old Trafford
SAN DIEGO, CA・18 HOURS AGO
San Diego Union-Tribune

Marcel Brands finalising Everton exit after pressure intensifies on the board

Marcel Brands will relinquish his role as Everton's director of football as a casualty of the club’s horrendous run of form, which has been met with protests. Confirmation of the Dutchman’s departure with immediate effect is expected to be confirmed soon. Brands signed a new three-year-deal in April and was on the club’s board since 2019, but did not seem to be bestowed with the authority to shape their football operations. Everton’s style of play and recruitment have altered with managerial appointments, and even the selection of the man in the dugout has clearly not been at his discretion....
PREMIER LEAGUE・19 HOURS AGO
SB Nation

A frantic start and a spirited second half; more encouraging signs under Steven Gerrard?. Super Ollie Watkins! How brilliant was he and could we have had a couple more goals?. Should we see Douglas Luiz remain in a more advanced midfield role?. Emi delight and Bailey frustrations; what can we...
PREMIER LEAGUE・3 DAYS AGO
The Independent

Champions Manchester City are almost back to full strength as they travel to Watford in the Premier League on Saturday.Manager Pep Guardiola claimed his squad were facing an “emergency” ahead of their midweek win at Aston Villa as they were hit by injury, illness and suspension problems.That emergency now seems to be over with playmaker Kevin De Bruyne heading a host of players that could return at Vicarage Road.The Belgium international has been sidelined with coronavirus but is now back in training while Ilkay Gundogan, John Stones and Kyle Walker – all absent on Wednesday with knocks – are back...
PREMIER LEAGUE・2 DAYS AGO
San Diego Union-Tribune

The English Premier League's top three are in action, with only two points separating them
SAN DIEGO, CA・2 DAYS AGO
AFP

West Ham beat leaders Chelsea 3-2 courtesy of Arthur Masuaku's bizarre late goal on Saturday as Liverpool climbed to the top of the Premier League with a last-gasp winner against Wolves. On a day when all the contenders in the top flight are in action, champions Manchester City can claim top spot they win the late match against struggling Watford. Elsewhere, Newcastle won for the first time this season to clamber off the bottom of the table and give new manager Eddie Howe hope they can survive. Thomas Tuchel's Chelsea had lost just once in the Premier League before Saturday's match at the London Stadium and had conceded only six goals in 14 matches.
PREMIER LEAGUE・1 DAY AGO