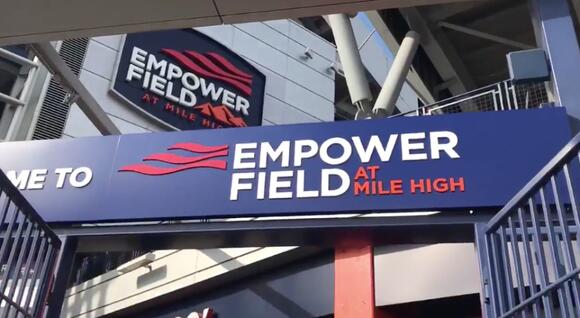 DENVER (KDVR) — Denver is hoping to help host one of the biggest sporting events in the world: the FIFA World Cup in 2026.

FIFA leadership said they are looking for a city with the infrastructure to host a lot of guests. Denver leaders are making the case that with Empower Field, the city has that and more to offer for the event that could bring in $360 million if selected.

“There’s magic in this stadium and we think it would be an amazing venue to host World Cup soccer matches in 2026,” said Matthew Payne of the Denver Sports Commission.

“I believe when I look at Denver and I look at the state of Colorado — I’ve been all over: South Africa, Germany, Brazil — we are poised and ready to make this the best World Cup and the best host city there has been,” said former Colorado Rapids and U.S. Men’s National Team goalie Tim Howard.

Get an unrecognized phone call on a hike? It could be search and rescue

So far, FIFA’s vice president said Denver has been making its case.

“I think your reps have done a fantastic job. They had a great presentation today earlier in terms of the nuts and bolts of what a bid is and what it takes to put on a World Cup,” FIFA Vice President Victor Montagliani said at Monday’s press conference.

The FIFA delegation is looking for cities with the capacity to host visitors who need easy access to transportation, food and lodging. Denver Mayor Michael Hancock said that should be an easy goal to reach.

“Here at the foot of the beautiful Rocky Mountains, we offer one of the most walkable downtowns, which is so important when you have visitors come to your town,” said Hancock, who noted that the city’s “world-class transportation options” will be “even better” by 2026.

While Denver is competing with 17 cities for 10 U.S. spots, Empower Field could help them outscore other places.

“It’s going to be a difficult decision, but it’s not really a one, two or three, it’s really a combination. But if you had to say it’s one thing, it’d always have to be the pitch and the stadium,” Montagliani said.

The city expects prepping for the game to cost up to $45 million, funded by things like ticket sales and corporate sponsorships. City selections are expected to be announced by the summer of 2022.

Larrys Mabiala scored in the 90th minute and the Portland Timbers beat the Colorado Rapids 1-0 on Thursday to advance to the Western Conference final.
MLS・1 DAY AGO
FOX31 Denver

Masks will be required at Empower Field at Mile High

The Denver Broncos announced Wednesday that masks will be required at Empower Field at Mile High starting Sunday for the game against the Los Angeles Chargers.
NFL・2 DAYS AGO

Just days after being found not guilty of first-degree intentional homicide and four other charges in connection to fatal shootings in Wisconsin last year, Kyle Rittenhouse said he wants to return to a normal life.
COLLEGE SPORTS・2 DAYS AGO
FOX31 Denver

The snowless streak continues in Denver

Snow fell in the mountains and toward the Palmer Divide, and Denver International Airport even saw snow Wednesday. Sadly, only a trace of snow was recorded this morning, meaning the records continue for Denver,
DENVER, CO・2 DAYS AGO
FOX31 Denver

The Denver Nuggets say that guard PJ Dozier has a torn anterior cruciate ligament in his left knee and is out indefinitely.
NBA・2 DAYS AGO
FOX31 Denver

The Portland Trail Blazers handed the depleted Denver Nuggets their fifth straight loss with a 119-100 victory.
NBA・3 DAYS AGO

Businesses across the Mile High City will once again be required to enforce mask mandates starting Thanksgiving Eve.
DENVER, CO・3 DAYS AGO