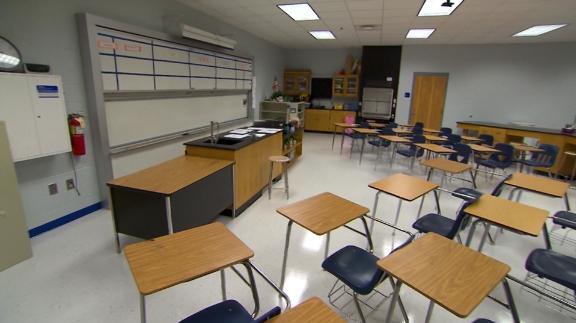 The Missouri School Board Association board of directors has withdrawn the association’s participation in the National School Boards Association due to the NSBA’s recent actions, including the letter to the White House.

Officials say the NSBA has demonstrated it does not currently align with MSBA’s guiding principles of local governance. The NSBA has come under fire for a letter to the White House encouraging federal officials to stop threats and acts of violence against school board members. The issue has become prominent among the debate about coronavirus protocols in schools.

In a release, the MSBA officials said,

We also believe that no school board member or educator should ever have to endure threats of violence or acts of intimidation against themselves or their families for making these difficult decisions. However, attempting to address that issue with federal intervention should not be the first step in most cases, and is antithetical to our long-standing tradition of local control. Further, the use of inflammatory terms in the NSBA letter is not a model for promoting greater civility and respect for the democratic process.

The organization says that the withdrawal from NSBA will not affect the MSBA programs and services.

By comparing the seven-day averages of Missouri counties with and without mask mandates in place, DHSS found that both case and death numbers were lower during the peak of the delta variant in counties that enforced mask-wearing. The post Missouri state officials dispute reports of mask mandate study appeared first on ABC17NEWS.
MISSOURI STATE・2 DAYS AGO
KMIZ ABC 17 News

QUESTION OF THE DAY: Should non-elected officials be able to issue health orders?

A Cole County judge ruled last week that non-elected officials, including public health directors, are violating the constitution when they issue health orders like those meant to fight the coronavirus pandemic. The post QUESTION OF THE DAY: Should non-elected officials be able to issue health orders? appeared first on ABC17NEWS.
COLE COUNTY, MO・4 DAYS AGO
KMIZ ABC 17 News

Ashcroft will speak at the Overturn Roe event in front of the Missouri Supreme Court Building in Jefferson City at 12:30 p.m. Rally goers will pray for the U.S. Supreme Court to overturn the seminal Roe v. Wade decision, according to a news release. The post Abortion opponents rally in Missouri capital on day of Supreme Court abortion arguments appeared first on ABC17NEWS.
MISSOURI STATE・3 DAYS AGO

Check back for updates related to the coronavirus pandemic in Missouri. The post TUESDAY UPDATES: Red Zone report shows cases up across Missouri; all counties have reported high community transmission rate appeared first on ABC17NEWS.
MISSOURI STATE・4 DAYS AGO

Experts recommend COVID-19 mitigation efforts when gathering for the holidays

Experts caution that the pandemic is not over yet, and COVID-19 cases are rising again in Missouri as cooler weather forces people to do more indoor activities. The post Experts recommend COVID-19 mitigation efforts when gathering for the holidays appeared first on ABC17NEWS.
BOONE COUNTY, MO・9 DAYS AGO