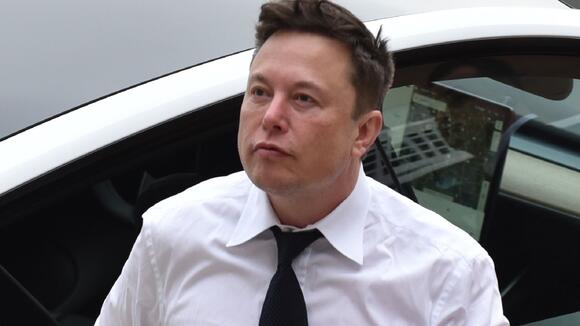 Tesla “TechnoKing” and CEO Elon Musk has surpassed Amazon’s Jeff Bezos by a long-shot as the world’s wealthiest billionaire. Musk’s net worth, including his Tesla stock holdings , now stands at $281 billion. Meanwhile, Amazon founder Jeff Bezos has a net worth of $193 billion, based on the Bloomberg Billionaires Index.

See: Shiba Inu Cryptocurrency at Record High Sunday Night, Tumbles After Musk Tweets He Doesn’t Own Any
Find Out: What To Consider When Choosing a Mortgage Lender

After a strong Q3 earnings call, Tesla stock was already on the upswing . Then, on Monday, rental car company Hertz Global Holdings Inc. placed an order for 100,000 Teslas. This pushed Tesla’s stock up 9.8%, giving the company a market cap exceeding $1 billion . Tesla shares briefly piqued at $1,036 before a slight dip, presumably due to sellers taking profits. This growth added $28.58 billion to Musk’s net worth, according to TheTechPortal.com.

While two-thirds of Musk’s net worth is made up of Tesla stock, it’s not the only reason it climbed significantly this week. Musk’s 2018 Tesla stock option package vested in Q3, which contributed another $8 billion to his personal bottom line.

Related: Tesla HQ Moves to Texas — State Incentives That Drove the Relocation and When To Expect Full-Scale Production

Tesla also reported record-breaking revenue of $1.62 billion in the third quarter of 2021, according to TheTechPortal.com. Meanwhile, Musk’s other primary focus SpaceX recently completed two public hearings with the Federal Aviation Administration regarding the launch of the Starship / Super Heavy Luanch in Boca Chica, Texas. Interested parties are invited to view a Power Point of the hearing and share their comments through spacexbocachica@icf.com.

Also last week, Musk’s Boring Company just got the green light to expand the “Vegas Loop” tunnel, a transportation system for all-electric, zero-emissions vehicles that, when completed, is expected to span the Las Vegas Strip and also reach Allegiant Stadium and the University of Nevada – Las Vegas. The stretch currently has approval to run for 29 miles with 51 stations with a capacity of 57,000 passengers per hour , GOBankingRates reported.

Learn: 10 Cheap Cryptocurrencies To Buy
Explore: Just How Rich Are Elon Musk, Donald Trump and These Other Big Names?

While the tunnel system seeks to keep traffic congestion underground, it looks like nothing, at least at this moment, can keep Musk ( or his vast net worth ) down.

Elon Musk Says He Will Re-Join Next Tesla Earnings Call — What Does It Mean for the Stock?

Elon Musk said he would participate in Tesla's fourth quarter earnings call -- to take place in January of 2022 -- following his statement, made in July, that he would not be on them anymore "unless...
STOCKS・2 DAYS AGO
GOBankingRates

Top 10 Most Expensive Stocks: What Is the Highest Priced Stock Right Now?

Berkshire Hathaway is far from the only stock that has risen to a high share price. Learn about the 10 most expensive stocks as measured by the price per share.
STOCKS・1 DAY AGO
GOBankingRates

As the U.S. Centers for Disease Control and Prevention announced the first confirmed case of the Omicron variant in the U.S. on Wednesday, Dec. 1, the Dow Jones Industrial Average dipped by more than...
STOCKS・1 DAY AGO
The Motley Fool

These high-flying digital currencies are poised to plummet.
MARKETS・1 DAY AGO

Elon Musk and Jeff Bezos have sold just shy of $20 billion of their companies' shares between them so far this year, as stock sales by CEOs and insiders soar to a record high. Musk has now offloaded $9.9 billion worth of stock in electric-vehicle maker Tesla, after selling a $1.05 billion chunk at the end of November.
STOCKS・1 DAY AGO
Benzinga

Elon Musk Sells Another $1.01B Worth Of Tesla Stock To Pay His Tax Bill

Tesla Inc (NASDAQ: CEO) Elon Musk has sold another 934,091 shares worth nearly $1.01 billion in order to fulfill his tax obligations, as per filings made with the U.S. Securities And Exchange Commission Thursday. What Happened: The Tesla CEO also exercised options to purchase 2.1 million shares of the automaker...
STOCKS・18 HOURS AGO
Markets Insider

Tesla CEO Elon Musk has sold another 934,091 shares of the electric-vehicle maker worth $1.01 billion to meet his tax obligations related to the exercise of options to buy 2.1 million shares, regulatory filings showed Thursday. In early November, the world's richest person tweeted that he would sell 10% of...
STOCKS・14 HOURS AGO
Markets Insider

Cathie Wood is no stranger to big calls – and she's just made another huge one. The Ark Invest founder and CEO told CNBC Wednesday she thinks the metaverse will be a multitrillion-dollar opportunity that will impact every part of the economy. "It's a big idea that will probably infiltrate...
STOCKS・1 DAY AGO

All three should be surefire winners over the long term.
STOCKS・1 DAY AGO
MarketWatch

Thinking of a Tesla? Here are answers to some questions about the popular Model 3

The Model 3 is the best-selling Tesla and the Tesla for the masses—as long as the masses can afford over $40,000. Here's what to know if you're considering one.
BUYING CARS・13 HOURS AGO
The Independent

The latest SpaceX launch of Starlink internet satellites into orbit has broken the private space firm’s own record for the number of rocket launches in a calendar year.The Falcon 9 flight, which lifted off from Cape Canaveral Space Force Station in Florida on Thursday, marked the 27th successful launch for Elon Musk’s company in 2021.The payload of Starlink satellites also means Musk now controls more than 36 per cent of all active satellites in orbit, according to data from CelesTrak.SpaceX’s Starlink project aims to establish a vast network of table-sized satellites around the Earth in order to beam high-speed...
AEROSPACE & DEFENSE・13 HOURS AGO
TechCrunch

Tesla is now selling a $1,900 electric Cyberquad ATV for kids

The Tesla “Cyberquad for Kids” is available to purchase on Tesla’s site for $1,900 — a steep price relative to your average Power Wheels, but the lowest-priced vehicle in Tesla’s existing lineup by far. And the Cyberquad’s materials are a cut above your average battery electric kid car, with a “full steel frame,” along with cushioned seating and fully adjustable suspension.
CARS・1 DAY AGO

Elon Musk is Proof of Social Currency and Community Governance

Musk Metaverse is a set of new cryptocurrencies, NFT assets, and a multiplayer online space game. Along with a $METAMUSK token, four other tokens honor Musk’s most notable projects: $SPACEX, $TESLA, $NEURALINK, and $STARLINK. Developers hope to make the project a vital part of the budding cryptos run by the team at the end of the year. With big companies like Google, Microsoft, Microsoft and Google already eyeing the Metaverse.
STOCKS・18 HOURS AGO
Interesting Engineering

Elon Musk Presents: The New $50 'Cyberwhistle' Was Sold Out in Hours

Tesla CEO Elon Musk introduced the company's latest merchandise on Twitter: a stainless steel whistle called the "Cyberwhistle". And it was sold out in a few hours, Business Insider reported. The "premium collectible", as Tesla calls it on its website, is made out of medical-grade stainless steel and joins the...
ECONOMY・2 DAYS AGO
investing.com

(Reuters) - Tesla (NASDAQ: TSLA ) Inc Chief Executive Elon Musk has sold nearly $11 billion worth of shares since the world's richest person polled Twitter users about offloading 10% of his stake in the electric-car maker. He has sold a combined 10.1 million shares, which is over half of...
ECONOMY・9 HOURS AGO
MarketWatch

After a weeklong lull, Elon Musk has sold another $1 billion worth of Tesla Inc. stock, continuing a nearly monthlong selloff that is expected to continue.
STOCKS・19 HOURS AGO

At this point, Musk has sold about $10.9 billion worth of Tesla stock since asking if he should in a Nov. 6 Twitter poll. In the Twitter post, Musk proposed selling 10% of his Tesla stock because "much is made lately of unrealized gains being a means of tax avoidance." After 57.9% of netizens polled approval, the billionaire seems to be making good on his promise to abide by the results of the poll.
STOCKS・7 HOURS AGO
MarketWatch

Elon Musk has fulfilled his pledge made last year to “own no home.”
REAL ESTATE・6 HOURS AGO
24/7 Wall St.

A couple of Cathie Wood's ARK Invest exchange-traded funds sold over 80,000 shares of Tesla on December 2.
STOCKS・10 HOURS AGO