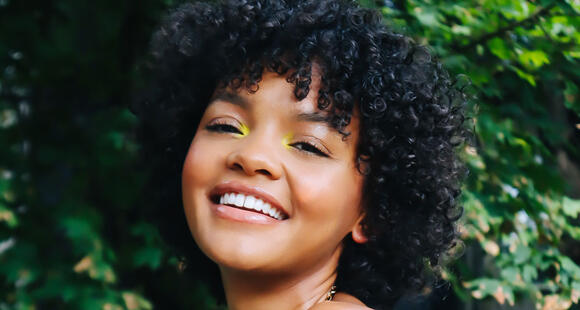 After appearing in “Ghostbusters: Afterlife,” “Freaky” and “Selah and the Spades,” Celeste O’Connor has boarded Zach Braff ’s latest movie “A Good Person.”

The film, written and directed by Braff, follows Allison (Pugh), a woman whose life falls apart after her involvement in a fatal accident. In the years that follow, Allison develops an unlikely relationship with her would-be father-in-law (Freeman), that helps her inevitably recalibrate a life worth living. O’Connor plays Ryan, a star high-school soccer player who grapples with finding her own way back to normalcy after her world is flipped upside down by the same accident.

O’Connor has been on quite a run in recent years. The emerging talent will next be seen in Jason Reitman’s highly-anticipated “Ghostbusters: Afterlife,” before appearing in the Paramount feature “The In Between.” Most recently O’Connor appeared in the Blumhouse feature, “Freaky,” starring Vince Vaughn and Kathryn Newton that was directed by Chris Landon. She also co-starred in Tayarisha Poe’s independent feature “Selah and the Spades,” which premiered at the 2019 Sundance Film Festival and was released by Amazon in April 2020. O’Connor is represented by Paradigm, Authentic Talent & Literary Management, AM PR Group and Granderson Des Rochers.

Variety's Awards Circuit is home to the official predictions for the upcoming Oscars and Emmys ceremonies from film awards editor Clayton Davis. Following history, buzz, news, reviews and sources, the Oscar and Emmy predictions are updated regularly with the current year's list of contenders in all categories. Variety's Awards Circuit Prediction schedule consists of four phases, running all year long: Draft, Pre-Season, Regular Season and Post Season. The eligibility calendar and dates of awards will determine how long each phase lasts and is subject to change. To see all the latest predictions, of all the categories, in one place, visit THE...
MOVIES・2 DAYS AGO
Variety

“Shakespeare in Love” star Simon Callow has joined the cast of indie heist movie “The Pay Day,” Variety can reveal. Callow, who has also appeared in fare as varied as “The Witcher,” “Four Weddings and a Funeral” and “The Phantom of the Opera,” will play an “eccentric crime boss” in the caper. He was most recently seen in “Hawkeye” on Disney Plus as Armand III. Marking the feature film debut for Sam Bradford (“The Few”), the film tells the story of a down-on-her-luck IT technician played by Kyla Frye (“Edge of Tomorrow”) who is tapped by crime boss Callow to steal millions...
MOVIES・1 DAY AGO
Variety

How Many Movies Can Oscar and BAFTA Voters Watch Over Thanksgiving?

The long Thanksgiving weekend provides an opportunity for awards voters to get through the first pile of screeners — or in the case of the Academy Awards and BAFTA groups, scroll through their streaming room platforms. In multiple discussions with awards voters, it’s been interesting to note how few movies they’ve seen at this point in the year. Perhaps it’s related to the pandemic, and many of them returning to work and under the gun of deadlines, or maybe not hearing about anything that’s drummed up enough passion for them to seek it out. The in-person awards screenings in Los Angeles...
MOVIES・3 DAYS AGO
GOBankingRates

Winning an Oscar is a pretty big deal. In addition to the prestige that comes with taking home Hollywood's most prestigious statuette, it can also help increase the star's future earning potential....
CELEBRITIES・1 DAY AGO

Emily Arlook, Bryan Greenberg, Andrew Schulz and Jordan Firstman have joined Kenya Barris’ untitled comedy feature at Netflix. Jonah Hill, Eddie Murphy, Nia Long, Julia Louis-Dreyfus and David Duchovny are starring in the feature, now in production. Hill and Barris co-wrote the script said to be an incisive examination of modern love and family dynamics and how clashing cultures, societal expectations and generational differences shape and affect relationships. Hill and Long are at the center, as a couple trying to navigate the issues, while Murphy, Louis-Dreyfus and Duchovny are parents with many sets of expectations. Arlook is playing a woman with whom Hill...
TV & VIDEOS・5 DAYS AGO
Cassius

Get used to seeing Celeste O'Connor as a Ghostbuster.
MOVIES・11 DAYS AGO
GamesRadar+

Hawkeye director on Florence Pugh's Yelena in the series: "We know their past"

Ever since the Black Widow post-credits scene, it's seemed that Hawkeye and Yelena Belova are heading on a collision course. The moment saw Florence Pugh's former-Widow at the graveside of Natasha Romanoff, who sacrificed herself in Avengers: Endgame for the Soul Stone – rather than let Jeremy Renner's Clint Barton be the one to go over the edge. In Black Widow, Julia Louis-Dreyfus' Val told Yelena that Hawkeye was responsible for Natasha's death, and put the archer firmly in Yelena's crosshairs.
MOVIES・12 DAYS AGO
ComicBook

Florence Pugh made her Marvel Cinematic Universe debut as Yelena Belova in Black Widow and fans will get to see her reprise that role in the upcoming Disney+ series, Hawkeye after a post-credits scene from the Black Widow film teased that Yelena might just be coming for Clint Barton (Jeremy Renner) because of Natasha Romanoff's (Scarlett Johansson) death. That will put her in the same orbit as Kate Bishop (Hailee Steinfeld) and while it's still unclear exactly how things will play out with the inclusion of Yelena in the Hawkeye series, Steinfeld had nothing but good things to say about working with Pugh.
MOVIES・10 DAYS AGO

Florence Pugh Fans Are Confused About Her New Red Hair

Florence Pugh might be the latest celebrity to go red for the season…or she may just be taking the look for a test drive. Either way, the Black Widow star—who is currently filming a movie written and directed by her boyfriend, Zach Braff—is sending mixed hair messages on Instagram, and we can't decide which shade looks better.
CELEBRITIES・3 DAYS AGO
morristowngreen.com

God visits Jesuit campus in Morristown. (And He looks a lot like Morgan Freeman.)

God paid a visit Tuesday to the Loyola Jesuit Center in Morristown. Morgan Freeman, who portrayed the deity opposite Jim Carrey in Bruce Almighty, and later hosted The Story of God series, came to the bucolic center for filming of A Good Person. Written and directed by Zach Braff (Scrubs,...
MORRISTOWN, NJ・10 DAYS AGO
Collider

With director Jason Reitman Ghostbusters: Afterlife now playing in theaters, I recently got to speak with Celeste O’Connor and Logan Kim about making the Ghostbusters sequel. As you’ve seen in the trailers, Ghostbusters: Afterlife is the sequel to 1984’s Ghostbusters and 1989’s Ghostbusters II, as the film follows a mother (Carrie Coon) and her two kids (McKenna Grace, Finn Wolfhard) who move to Oklahoma, where the kids discover their grandfather’s past with the original Ghostbusters team. In addition to Coon, Grace, and Wolfhard, the film also stars Paul Rudd and Tracy Letts. Also returning to the franchise are Bill Murray, Dan Aykroyd, Ernie Hudson, Sigourney Weaver, and Annie Potts. The film was written by Reitman & Gil Kenan.
MOVIES・8 DAYS AGO
epicstream.com

Hailee Steinfeld says she and Florence Pugh shared an action-packed scene featuring Kate and Yelena!. There is little doubt that people are already looking forward to Hawkeye. After all, it has been a long time since we got to see Clint Barton in action. However, there's another actor that Hailee Steinfeld is hyping up in the Marvel Cinematic Universe series. The Bumblebee star has just confirmed that she shot an awesome scene with Florence Pugh who will reprise her role as Yelena Belova in the Disney+ show!
MOVIES・7 DAYS AGO

A month after Florence Pugh cut her hair into a pixie-mullet, she's dyed it a bright red color. Pugh shared a photo of her new hair on Instagram on Nov. 23. This isn't the first time she's worn this hair color before. The hair makeovers keep on coming for Florence...
CELEBRITIES・3 DAYS AGO
Variety

A beloved stalwart of the French film industry, actor Sandrine Kiberlain marks her directorial debut with “A Radiant Girl.” After premiering at Cannes’ Critics Week sidebar this past July, the film will now screen at the Torino Film Festival ahead of a domestic release early next year. Set during the fraught summer of 1942 and following a Jewish girl, Irene (Rebecca Marder), as she prepares for a conservatory entrance exam, the bittersweet film is most notable for what it elides – at no point does the ebullient lead speak the words “Vichy,” “Nazi,” or “Occupation.” And as the filmmaker explains, that...
MOVIES・2 DAYS AGO
SFGate

The “Lovecraft Country” actor will star opposite Jamie Foxx and Tommy Lee Jones in the Maggie Betts-directed project. Based on a true story, the film follows a bankrupt funeral home owner who decides to sue a rival businessman over a handshake deal gone wrong. The owner hires a flamboyant attorney (Foxx) to handle the case.
MOVIES・9 DAYS AGO
CinemaBlend

Saturday Night Live has been on the air for almost 50 years; that’s a whole lot of Saturdays filled with laughter and a whole lot of comedians making regular appearances on TV screens. There have been plenty of funny faces on SNL over the years, but some names really stick out and have iconic skits that still resonate with fans. Molly Shannon is one such standout performer who rocked the show for 16 years years with her hilariously cringe-worthy characters. Now Shannon looks back on her time with SNL and talks about one of her characters that was a really hard sell, and she had to fight for in order for the character to appear on the show.
TV & VIDEOS・5 DAYS AGO
Variety

“Lucky,” the film project adapted from Alice Sebold’s 1999 memoir toplined by “You” star Victoria Pedretti, has been abandoned, Variety has learned. The movie was dropped after losing its financing months ago, according to a source close to the production. Pedretti is also no longer involved. In “Lucky,” Sebold depicts being viciously beaten and raped by a stranger during her freshman year at Syracuse University in 1981, and explores how this trauma shaped the rest of her life. On Wednesday, a New York Times article detailed how executive producer Timothy Mucciante raised concerns about the events in the book and left the...
MOVIES・2 DAYS AGO
chattanoogacw.com

EAST RIDGE, Tenn. — UPDATE:. The general manager at Champy's Famous Fried Chicken on Lee Highway in Chattanooga told us that they got a visit from the famous Leslie Jordan today. "That's two famous people at our stores two days in a row!" the manager says. EARLIER:. Famous actor Morgan...
EAST RIDGE, TN・5 DAYS AGO