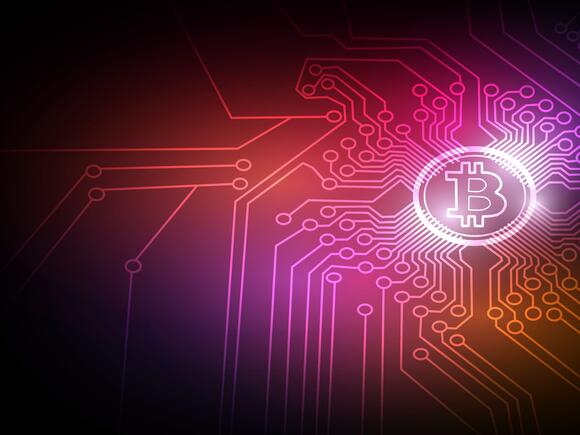 Anthony Scaramucci, the founder and managing partner of SkyBridge Capital, said bitcoin's volatility is akin to big tech companies like Facebook , Google , and Amazon in their early days.

"They all started with a wave of oscillating volatility before they stabilized," Scaramucci said on CNBC's "Capital Connection" on Monday . "Of course they all yielded tremendous growth and great returns, which I think bitcoin will do."

Scaramucci, the former White House Communications director under former president Donald Trump, said he has over $1 billion in bitcoin currently. He called the cryptocurrency "digital gold" and said it would become a "gigantic asset class."

And bitcoin skeptics who have done research on the asset class have changed their minds to invest. He noted billionaire investors like Ray Dalio, Paul Tudor Jones, and Stanley Druckenmiller have taken stakes in bitcoin.

Even so, Scaramucci said, "it has to get more stable; it has to be a less volatile asset."

Bitcoin hit $65,000 for the first time in April and then went on a downward spiral as China signaled a crackdown on cryptocurrencies. Despite the steep losses, the digital asset has regained ground and then some.

This month, Bitcoin has surged amid investor hype over US Securities and Exchange Commission approval for bitcoin futures exchange-traded funds. The first two bitcoin futures ETFs - one from ProShares and the other from Valkyrie - started trading last week, with another from VanEck set to launch this week.

Anthony Scaramucci, the founder of SkyBridge Capital and a former top Trump administration staffer, said Friday that a stock-market sell-off in reaction to news of a new COVID variant represented a buying opportunity in equities. "The health and safety stuff I have to leave to the scientists. The market stuff,...
STOCKS・1 DAY AGO
cryptopotato.com

Anthony Scaramucci: Cryptocurrency Markets Had Their Black Friday On November 26

Anthony Scaramucci believes that the fundamentals behind the cryptocurrency industry are enough to be bullish during panic episodes. Today was an ugly day for the cryptocurrency world. In fact, it was a bad day for the financial markets in general. The U.S. stock indexes fell 2% on average, the FTSE lost 3.64%, the DAX was down 4.15%, oil futures tumbled more than 10%, and cryptocurrencies lost more than $200 billion in capitalization.
STOCKS・1 DAY AGO
Markets Insider

Bridgewater has surpassed most other private-fund managers in China with its new 8 billion-yuan fund.
MARKETS・3 DAYS AGO

Like Starbucks to coffee, bitcoin is synonymous with cryptocurrencies, so it only makes sense that it’s the most Google-searched crypto in 2021, according to CasinoSites.org. “Analysis carried out by CasinoSites.org researched the most sought-after cryptocurrencies of 2021 based on the amount of times they had been searched for on Google...
MARKETS・5 DAYS AGO
Markets Insider

Facebook is the most obvious stock to gain exposure to the metaverse, but here are 4 others that are set to benefit from the Web3 revolution

SYDNEY (Reuters) -Australian mining billionaire Andrew Forrest’s philanthropic organisation will help 18 small news publishers in the country collectively negotiate with Google and Facebook to secure licensing deals for the supply of news content. Forrest’s Minderoo Foundation on Monday said it would submit an application with the country’s competition regulator,...
BUSINESS・6 DAYS AGO
TheStreet

News Corp. (NWS) - Get News Corporation Class B Report Chairman Rupert Murdoch has made clear his dislike for Meta Platforms (Facebook) (FB) - Get Facebook, Inc. Class A Report and Alphabet’s (GOOGL) - Get Alphabet Inc. Class A Report Google over the years and did so again on Wednesday.
BUSINESS・9 DAYS AGO

Editor’s note: Business content from The New York Times will now be included with your subscription to Finance & Commerce. Not a subscriber? Start your subscription here. At least 70 of the largest U.S. companies would pay more in taxes under a new minimum tax that Democrats are proposing as a way to pay for the spending bill moving through Congress, according to an analysis released Thursday by Sen. Elizabeth Warren, D-Mass.
INCOME TAX・9 DAYS AGO
whbl.com

(Reuters) – Rupert Murdoch renewed his attacks on Google and Facebook during News Corp’s annual shareholder meeting on Wednesday, accusing the tech giants of trying to silence conservative voices and calling for “significant reform.”. The Silicon Valley companies are favorite targets for Murdoch, 90, who for years has criticized Google...
BUSINESS・10 DAYS AGO
Markets Insider

The SkyBridge Capital boss said he believed gold would eventually be overtaken by bitcoin as an inflation hedge.
BUSINESS・12 DAYS AGO
tokenpost.com

Most cryptocurrencies such as Bitcoin (BTC) and Ethereum (ETH) set new all-time highs this month as the crypto market continued its rally. However, SkyBridge Capital's Anthony Scaramucci believes that Bitcoin’s rally is just getting started and the crypto could soar as high as $500,000. Bitcoin recently set a new record...
MARKETS・12 DAYS AGO

Collectively known as the FANG stocks, Facebook (FB), Amazon.com (AMZN), Netflix (NFLX) and Google parent Alphabet (GOOGL) are among the tech titans of our time. Facebook (now known as Meta Platforms) and Google (AKA Alphabet) alone capture the lion's share of all global online advertising, including in the fast-growing mobile format. With its Amazon Prime ecosphere, Amazon dominates e-commerce. Together with Microsoft (MSFT), Amazon Web Services and Alphabet's Google Cloud business have a dominant presence in cloud computing and services.
STOCKS・12 DAYS AGO
geekwire.com

When algorithms go bad: Zillow, Amazon, Facebook and the pitfalls of rampant automation

The downfall of Zillow’s iBuying business is a reminder of the downsides of relying too much on automation and machine learning algorithms at this stage in the evolution of technology. A conversation about the pitfalls of real estate valuations leads John Cook and me into a larger discussion about the...
INTERNET・14 DAYS AGO
dailyhodl.com

Renowned hedge fund manager Anthony Scaramucci is expecting Bitcoin (BTC), Ethereum (ETH) and Algorand (ALGO) to serve gold’s role as the superior assets to hedge inflation. In an interview on CNBC’s Squawk Box, Scaramucci explains how Bitcoin and crypto represent a generational shift to new technological advancement, contending that BTC will replace gold in the same way that DVDs and rotary phones got shelved by new innovations.
BUSINESS・14 DAYS AGO
Markets Insider

Elon Musk has now sold around 9.2 million shares in Tesla since asking his Twitter followers whether he should offload 10% of his holding in the EV company. That means the Tesla chief executive is now more than halfway towards the target, which he vowed to honor. Musk owned over...
STOCKS・3 DAYS AGO
Markets Insider

A cooling of the US-China trade war is a bullish prospect for the stock market that few investors are considering, JPMorgan says

A cooling trade war between the US and China could have a big impact on the stock market, according to JPMorgan. The stock market would rise, inflation would cool, and supply chain bottlenecks would ease if Biden reverses existing tariffs, the bank said. "The possibility of easing US-China tariffs is...
BUSINESS・3 DAYS AGO
Reuters

Google, Amazon and several other websites down

Stocks plummeted on Friday as investors braced for the Omicron variant fueling a new round of lockdowns. In one day, the market challenged the idea of economic "reopening" and revived "stay-at-home" stocks — and the homebody economy. Such massive one-day stock swings can drive government policies that benefit big-time investors...
ECONOMY・18 HOURS AGO
GOBankingRates

Zune, Fire Phone and More of the Biggest Product Flops From 20 Major Companies

In the world of big business, success can depend on innovation. From the Model T to the iPhone, it's often aggressive, mold-breaking new ideas that not only skyrocket companies to the top of the...
BUSINESS・1 DAY AGO