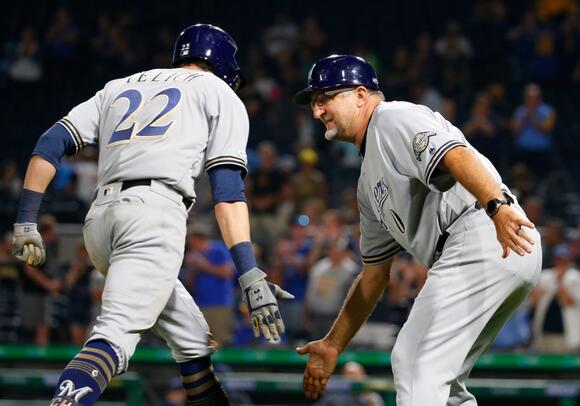 Sedar previously worked with the Brewers as a minor league outfield and baserunning coordinator starting in 1992.

“It’s been a great ride,” said Sedar. “Being able to spend 30 years with one organization is something I will always cherish. I appreciate everyone who has been there for me and helped along the way. I wish the organization the best going forward. They are in great hands. Most of all, I will miss the best fans in sports.”

One arrested, one ejected from Sunday’s Packer game

Before beginning his coaching career, Sedar was a minor league outfielder for eight seasons in the Chicago White Sox organization.

MILWAUKEE (AP) — Giannis Antetokounmpo is scoring at an unprecedented rate in his extraordinary career, and he also has most of his top teammates playing alongside him again. That combination has helped the Milwaukee Bucks regain their title-contending form. The Bucks have won six straight and will try to complete a four-game homestand unbeaten Saturday […]
MILWAUKEE, WI・1 DAY AGO
WFRV Local 5

MILWAUKEE, Wis. (WFRV) – Giannis Antetokounmpo and Culver’s, two legendary icons in Wisconsin. Culver’s in the Milwaukee area is celebrating an outstanding performance following two-time NBA MVP Giannis Antetokounmpo’s 54-point, 19-rebound comeback win over the Clippers on Thursday in a unique way. As congratulations, and as a nod to Giannis’ postgame interview, Culver’s stated on […]
MILWAUKEE, WI・2 DAYS AGO
WFRV Local 5

(WFRV) – In celebration of Wisconsin heritage, the Timber Rattlers, that have donned the nicknames of the Udder Tuggers, Brats, and Los Cascabeles in the past, have unveiled a new identity for one game in 2023. The Wisconsin Timber Rattlers in partnership with the Fond du Lac Dock Spiders have announced their alternate identity, the […]
GRAND CHUTE, WI・3 DAYS AGO